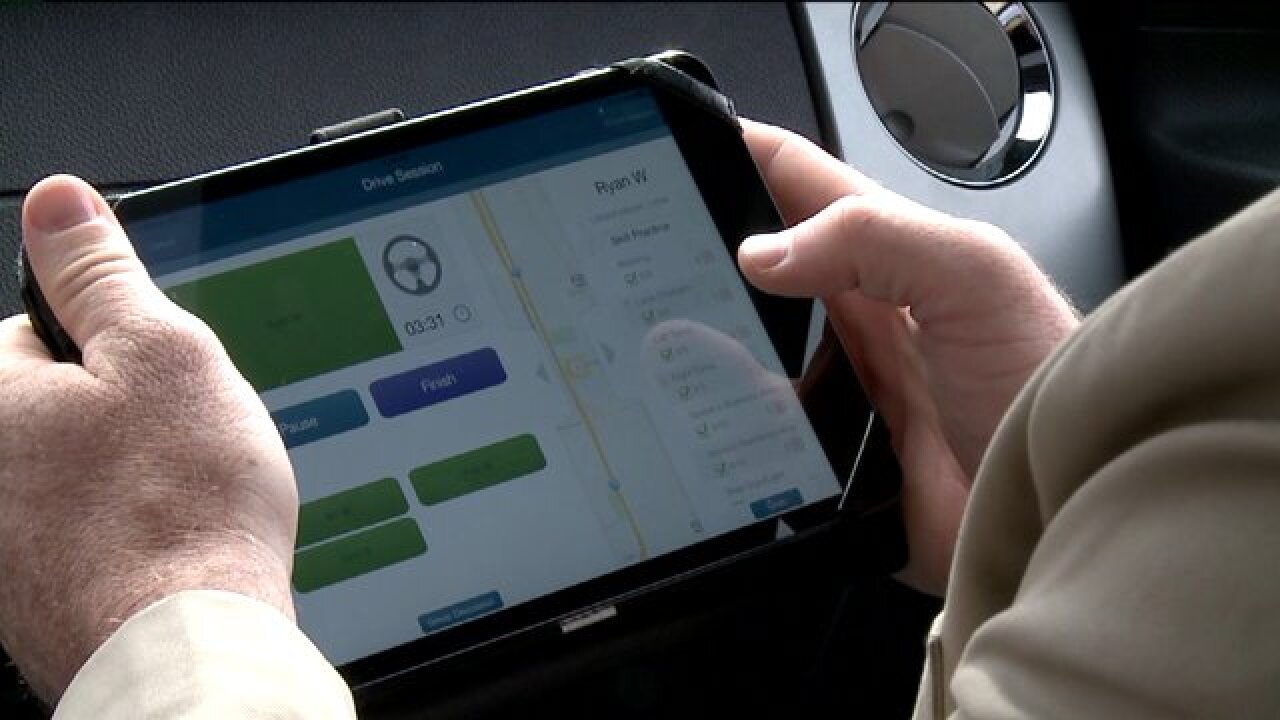 SALT LAKE CITY -- It was National Teen Driver Safety Week recently, and a new app is helping parents become more involved in the process of educating their children about driving.

Brandon Ripplinger has been teaching drivers education for nearly a decade, and it’s a job he takes seriously.

"Drivers ed is a subject that, obviously, we feel is very important,” he said. “It's a subject where students’ lives are literally on the line.”

Two years ago, Ripplinger had the idea for an app to make the drivers ed process safer as well as easier.

Maneo Drive is a cloud based educational management system that allows teachers to do instant reports and automatic scheduling. It also includes access to parent involvement tools.

“When you get parents involved with their kid's learning, the student does so much better, and so this software, a big part of what it does is it bring the parents into the loop, which is going to lead to better drivers on the road,” he said.

Once in the car, the instructor marks which things the student will be tested on. Then the iPad is put away until after the drive, allowing the teacher to pay full attention to the road.

Afterward, the teacher makes notes on what the student needs to practice and sends it to the parent.

“I think it has potential to have a huge impact,” Ripplinger said. “I think it has the ability to make the roads a lot safer. When you get parents and teachers on board together... great things happen, and so this is a tool that makes that easier for teachers.”

Parents said this new app will give them more peace of mind when their kid is behind the wheel.

“I think it's really exciting,” parent Polli Wakley said. “I think anytime you get parents involved in the educational process, you're maximizing your learning potential.”

In return, the group Zero Fatalities believes it will result in safer drivers on the roads.

“Parents are the key to teen driving success,” said Stacy Johnson, who is the coordinator for Zero Fatalities in Utah.  ”When parents are involved in the teen driving process, teen fatalities go down 50 percent.”

Four school districts—Granite, Emery, Davis and Cache--will roll out Moneo Drive in November as a pilot program. They expect even more schools to have the program next year.