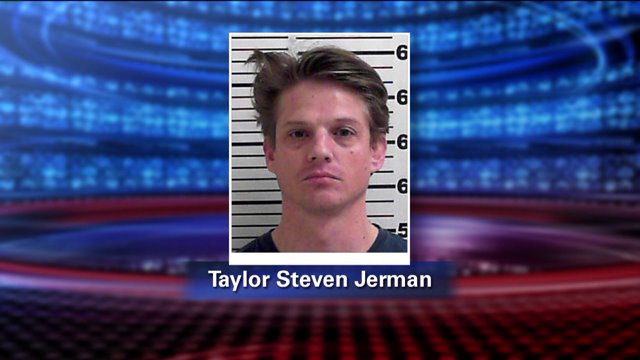 Authorities said Jerman's license will be "limited" pending the investigation.

That means he is not allowed to act as a physician or prescribe medication until the charges are resolved.

CLEARFIELD, Utah - Authorities have arrested a pediatrician accused of sexually exploiting a minor.

Clearfield Police took 34-year-old Dr. Taylor Steven Jerman into custody at about 2 a.m. Friday on eight counts of sexual exploitation of a minor.

Officials said his arrest is the result of a 2-month investigation by the Internet Crimes Against Children Task Force that began when officials observed child pornography files being shared in August.

“The ICAC team and process is very important for specifically small agencies like Clearfield, where we can’t investigate these types of crimes fully," he said.

According to Intermountain Healthcare's website, Dr. Jerman has offices at its facilities in Layton and Ogden.

Clearfield officers said none of the alleged criminal activity has been linked to Jerman's employment at IHC, but Stenquist spoke about the proximity of the man's home to the clinic where he saw patients.

"The members of the task force are taking that into consideration and that will lead to further investigation into his activities," he said.

We are deeply concerned by these allegations. Taylor Jerman, MD, has been an employee based at the Layton Clinic since February, 2014.  He has been suspended pending the outcome of an investigation.

The agency that licensed Jerman as a pediatrician also released a statement:

"The Division of Occupational and Professional Licensing is aware of the criminal charges against Dr. Taylor S. Jerman.  The Division is investigating the case and is currently reviewing its options with regards to Dr. Jerman's licenses."

Jerman is currently in the Davis County Jail being held without bail.

This is a developing story. Check back with Fox 13 for the latest updates.