Arrest made in 2012 murder of Annie Kasprzak, victim’s mother speaks 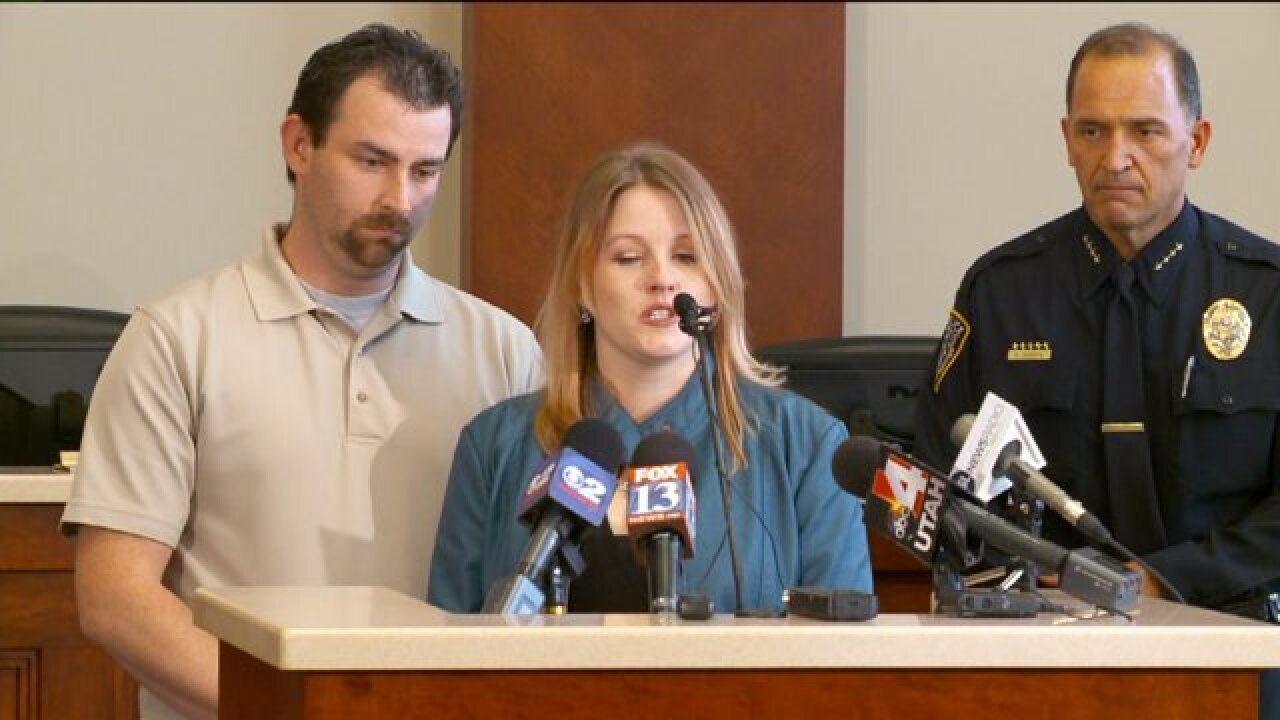 DRAPER, Utah -- Two and a half years after her murder, police said they have the right person in custody in connection with Annie Kasprzak's death.

A 17-year-old boy was arrested in Grand Junction, Colorado Thursday morning, and Thursday afternoon the victim’s mother spoke about the case.

The 17-year-old did live in Utah, but now lives in Grand Junction. Authorities said he'll be extradited back to Utah in the next several weeks.

Roberts did not release much information regarding the details of the case, what led them to the suspect, or much about the teen himself. He did say the suspect and Kasprzak knew each other.

According to a statement of probable cause, officials stated the suspect had blood that matched Kasprzak's  DNA on his shoes. Cell phone records indicate the suspect was in the area of the Jordan River that night, which is where Kasprzak was found.

"While it feels incomplete to say that it is any sort of relief because while we support the police and the attorneys office and appreciate all of the work they have continued to do, it does not change what happened,” she said.

The Salt Lake County District Attorney's Office has already filed criminal homicide charges against the juvenile and may charge the teen as an adult.

Blake Nakamura, the Chief Deputy with the DA's office said: "Given the nature of the offense, those are proceedings that still need to unfold in the juvenile court. What I would say at this point is that's a consideration that we're looking at."

Though she said she is still processing the information surrounding Thursday's arrest, Veronica Kasprzak said the arrest provides some closure.

"At one point in the future at least the criminal process will be at an end and our time from that point can be spent remembering Annie and focusing on the parts we prefer to remember, instead of how she died,” she said.

Authorities would not say if the suspect had a prior criminal history, if he was a student while he lived in Utah, and if so, which school he attended.

Draper Police made two arrests in connection with Kasprzak's death years ago while it was still early in the investigation, but no charges were ever filed against those suspects.