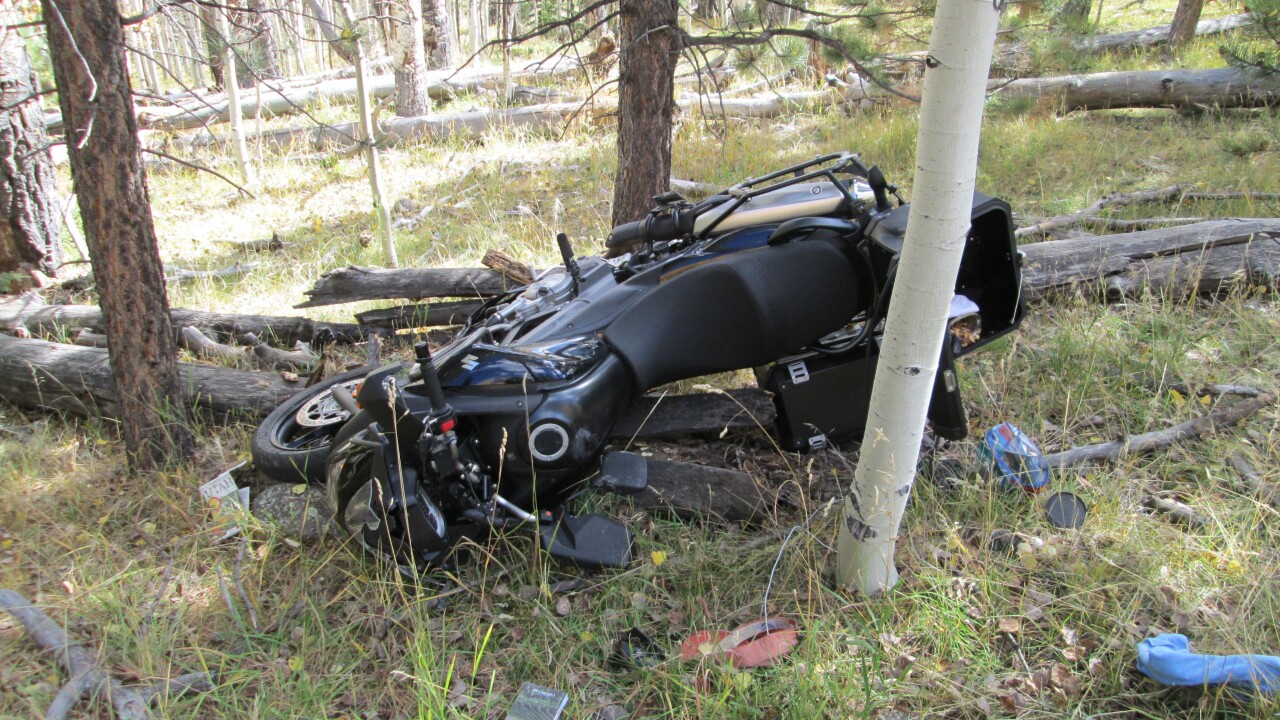 UPDATE: A leader for the Boy Scout council in the area released a statement, and officials have provided additional information about the crash. Click here for the update.

GARFIELD COUNTY, Utah – The Utah Highway Patrol responded to a fatal crash in Garfield County Saturday involving a single motorcycle that crashed into a falling tree felled by Boy Scouts who were in the area cutting firewood.

According to information from the Utah Department of Public Safety, the crash occurred on State Route 12 around 12:40 p.m.

The press release states the man, “was traveling north on state Route 12 in Garfield County when he crashed into a falling aspen tree. The tree had been felled by a group of Boy Scouts with a permit for cutting down trees for firewood. It appears to investigators that this was a case of unfortunate timing.”

The man was wearing a helmet. A passerby called 911, and a doctor who was with the Boy Scout group pronounced the man dead at the scene.

Officials did not provide further details relating to the accident or the sequence of events leading up to the crash.

The man was identified as Edgar E. Rickie, 69, of Durango, Colorado.

The crash occurred in an area officials said was about halfway between Boulder, which is in Garfield County, and Torrey,  which is in Wayne County.