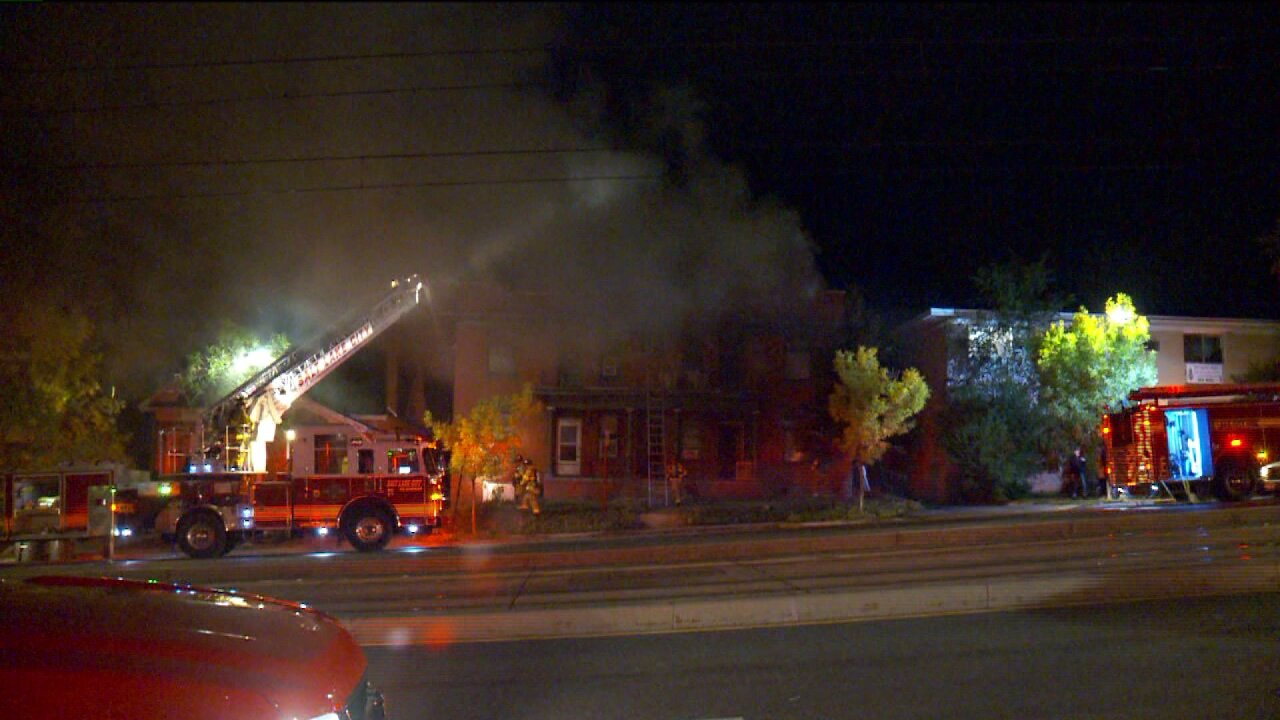 When fire crews arrived they had to make a dangerous rescue before fighting the fire, as they found a man hanging from a second-story window sill.

“We just hear this crash from the other side of the building, and we run around and this guy is half hanging out of his window, coughing from all the smoke,” resident Albert Tom said.

Taylor Almond, another resident, spoke about the scene.

“Saw somebody up in the window,” he said. “He was trapped up there. He had just broken the window.”

Almond was up doing homework in his second-story apartment when loud noises at 1 a.m. pulled him from his studies.

“There were these popping sounds and crackling sounds, no idea what was going on, didn’t smell anything, and then I walked out the door of my room and the whole back window was engulfed,” he said.

He and his roommate, Albert Tom, made it out of the building, but quickly learned their neighbor wasn’t so lucky.

“He found a resident of the apartment complex hanging out of a second story window,” Asay said. “Our firefighters immediately got a ladder, climbed up and got the resident out of the building.”

Fire crews responded to the blaze and had the flames out within an hour. The 19-year-old victim was treated for smoke inhalation but suffered no serious injuries.

Saturday afternoon, Tom returned to the building in socks and a bathrobe–hoping to retrieve some belongings.

“I made it two steps past my bed before I realized: I’m not wearing a shirt, this is a borrowed shirt from my friend,” he said. “I grabbed my bathrobe and my phone because I knew I would have to be able to contact someone.”

Investigators said the massive blaze was started by a single cigarette.

“When I was running out of my room, I just turned and looked through the kitchen and on the other side of the door was just this wall of flames,” Tom said.

The American Red Cross is working with the 14 displaced residents to make sure they have shelter and clothing for the next few days.