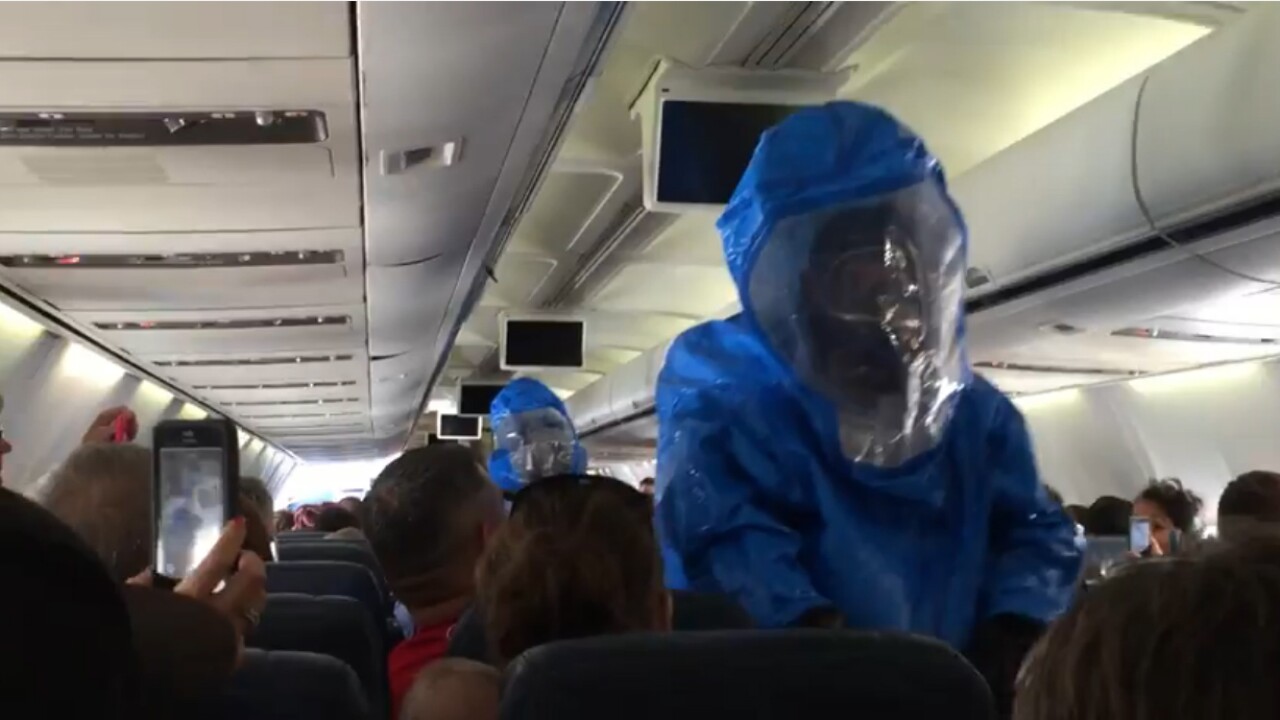 A YouTube video uploaded Thursday appears to show hazmat personnel responding to an Ebola scare on an airplane Wednesday. The video begins with a flight attendant addressing passengers, and moments later several people wearing hazmat suits enter the aircraft. See the video above for the footage.

According to the post, the video shows US Airways Flight 850 from Philadelphia to Punta Cana on October 8.

The individual who posted the video stated: “Once we landed in Punta Cana we were told by the flight attendants that there was a situation and that a passenger may have been in Africa and had Ebola. She was certain it was a hoax but they did not take any chances and had a full hazmat crew board the plane and take the passenger off. It was later confirmed that the passenger was never in Africa and after 2hrs we were finally able to get off the plane.”