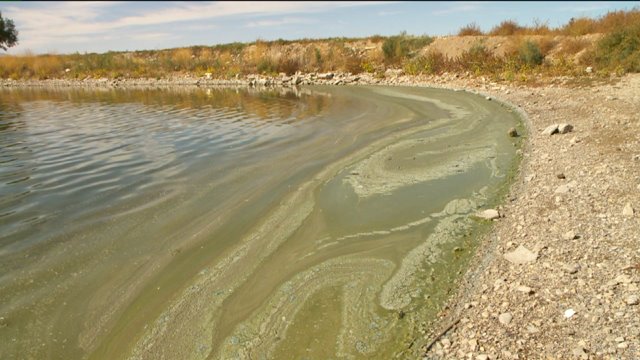 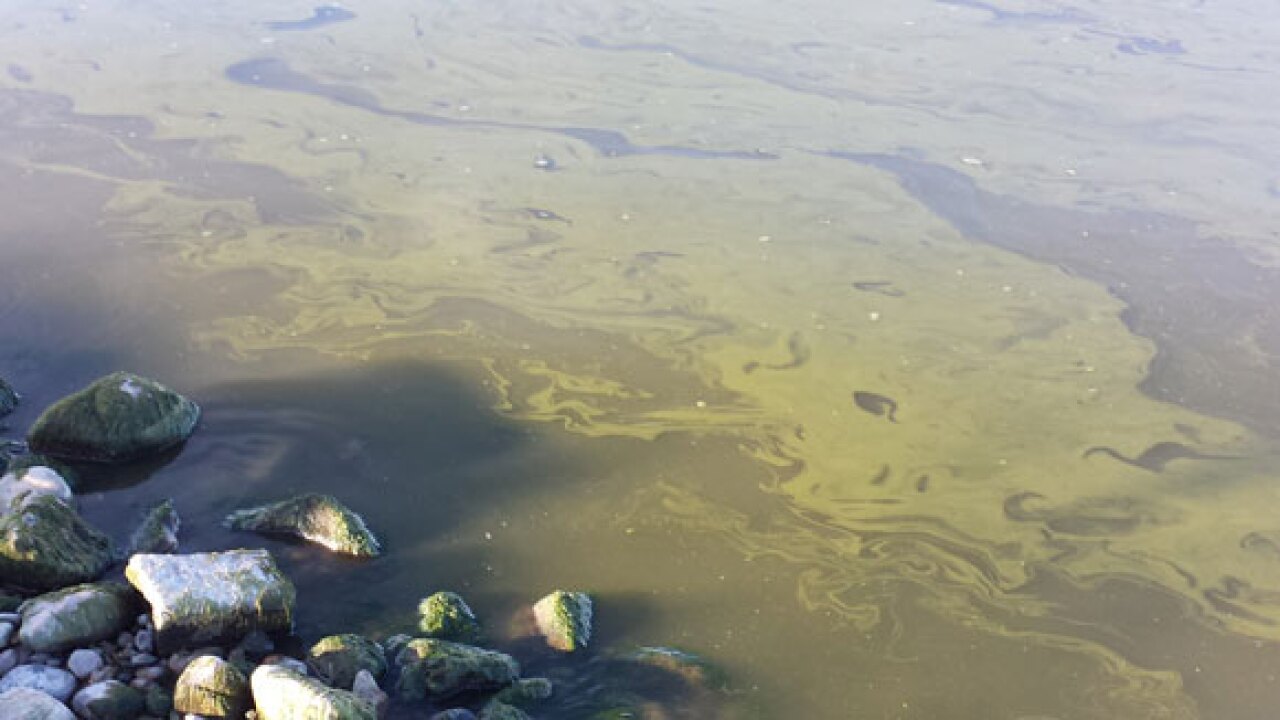 UPDATE: Preliminary reports show toxic blue-green algae in Utah Lake may have contributed to a dog's death earlier in October.

According to the Department of Environmental Quality, the dog may have died from a heart abnormality and the toxic algae may have contributed to the death.

The Department of Water Quality will reevaluate the algae this week to determine if additional monitoring is needed.

PROVO, Utah - The Utah County Health Department has a warning for lake-goers and pets.

Officials have confirmed a dog died after suspected exposure to toxic blue-green algae in Utah Lake near the Lindon Marina.

The toxin is a by-product of blue-green algae, or "pond scum," that has collected in the area.

Authorities are warning swimmers and boaters to avoid areas with the bright green algae growth.

Don't allow your pets in the area either.

"The dog owner reported that after playing in the water, and probably drinking some, it started to exhibit strange behavior within 45 minutes including lethargy and vomiting. The dog passed away shortly after that," Dr. Joseph Miner said, Utah County Health Department (UCHD) Director. "Blue-green algae can grow quickly in what are called 'blooms' and can collect in slow-moving or stagnant water areas."

Utah Department of Water Quality program manager Carl Adams said, "The water is the color of car radiator antifreeze; it has a very distinctive color and should be avoided."

Adams said the algae blooms can last for days or weeks depending on weather conditions.

"Calm, warm and sunny conditions promote blue-green algae growth, so it is possible the bloom will persist at least through the weekend given the high pressure system currently over northern Utah," Adams said.

He said the toxic chemicals aren't produced all the time and there is really no easy way to tell if the algae is producing them.

Visitors of Utah Lake are taking the county’s warning serious.

"All my grandkids are coming on Friday and that's why we walked down to the beach we thought this would be a fun thing for them to play in and stuff," said Gwen Heslington.

Heslington quickly changed her mind after finding out about the toxic algae, which was present in about a half-acre of the lake.

“So we just kind of did an about face and walked back, we didn't go to the lake,” Heslington said.

Fisherman Brian Chambers usually likes to eat the fish he catches in the lake, but not now.

"I don't think I'm going to the rest of this year,” Chambers said. “No, not after hearing that a dog died that's kind of serious."

McKenzie Wall was boating with a friend, and said often they would also swim in the lake, but on Tuesday they stayed in the boat.

"Like it will get on you and then ahhhh it's gross," Wall said.

The symptoms people usually have after being exposed include:

Health officials said if you think you may have been exposed, you should immediately contact your doctor.

MORE: Get complete information on the toxin from the CDC here

BREAKING: @UCHD & @utahdeq are warning people to avoid #utahlake due to #algae that may have caused a dog to die.