Family of Utahns shot, killed by cops among those at rally against police violence 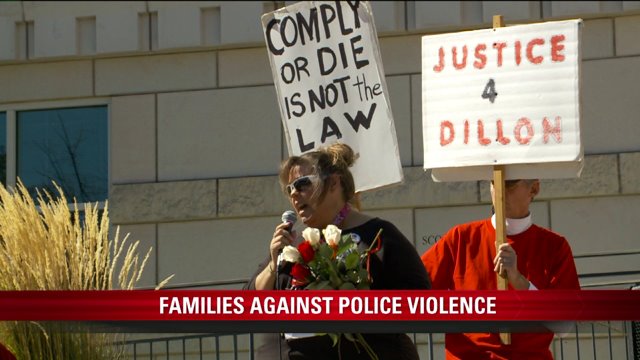 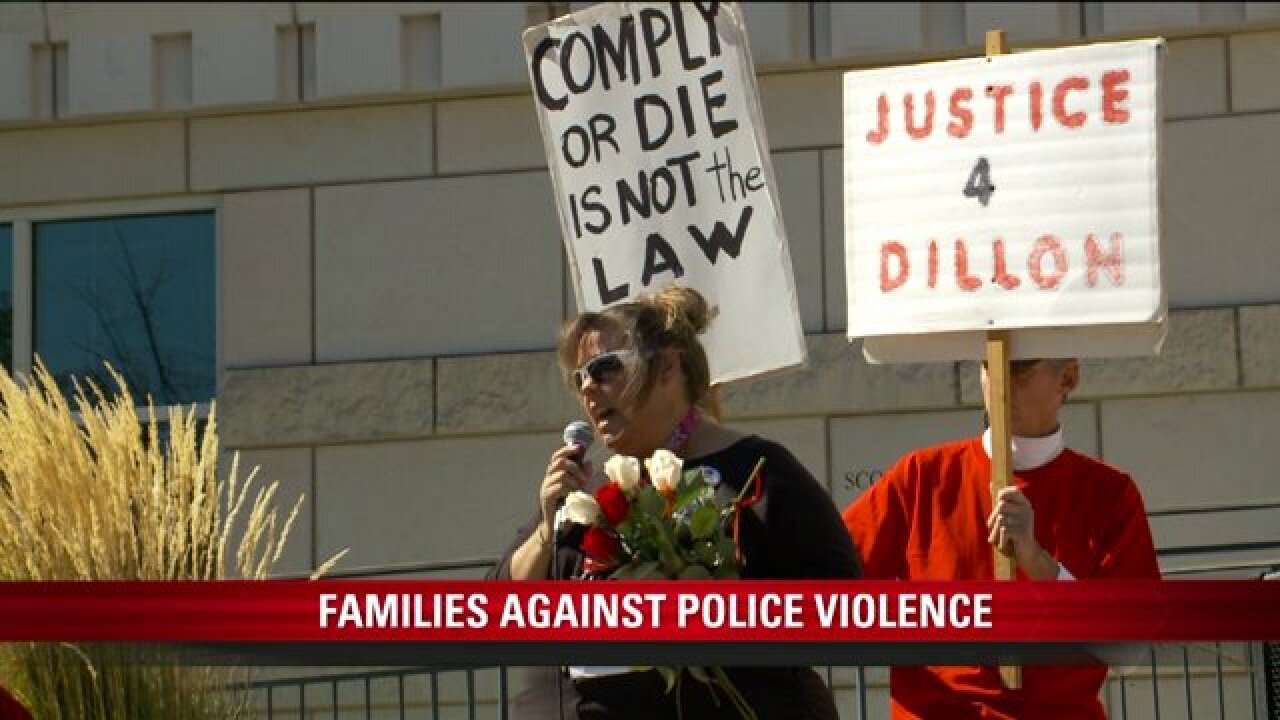 SALT LAKE CITY -- A group calling itself "Families Speak Out on Police Violence" held a rally Saturday afternoon on the steps of the Matheson Courthouse in Salt Lake City.

A couple hundred people participated. Some drew chalk outlines of human bodies, with names written inside the outlines of people who have died as the result of police shootings.

"The red shirts, to us, is the bloodshed from our children that the cops have killed," said Melissa Kennedy.

Other speakers included family members of those who've died in more recent incidents, like Darrien Hunt--who was shot and killed by police in Saratoga Springs in September, and Dillon Taylor, who died after being shot in a 7-Eleven parking lot in Salt Lake City last August.

Taylor's shooting was declared justified earlier this week, and footage from the officer's body camera was released. The fatal shooting of Hunt is still under review, though officials recently released audio from the 911 call that brought police to the area where Hunt was walking around with a samurai style sword.

"I am still in shock today. And as sad and distraught as I am, it doesn't compare to what my sister is experiencing", Hunt's aunt, Gina Thayne, told the crowd.

Another speaker, Marlee Kanosh, traveled from Millard County to Salt Lake City. Her brother, Corey Kanosh, died after being shot by a police officer in a rural area in October of 2012.

She believes proper medical attention following the shooting would have saved his life, and has since filed a wrongful death lawsuit against the Millard County Sheriff's Office.

"We need to make a change, because no one knows who is going to be next" she said.