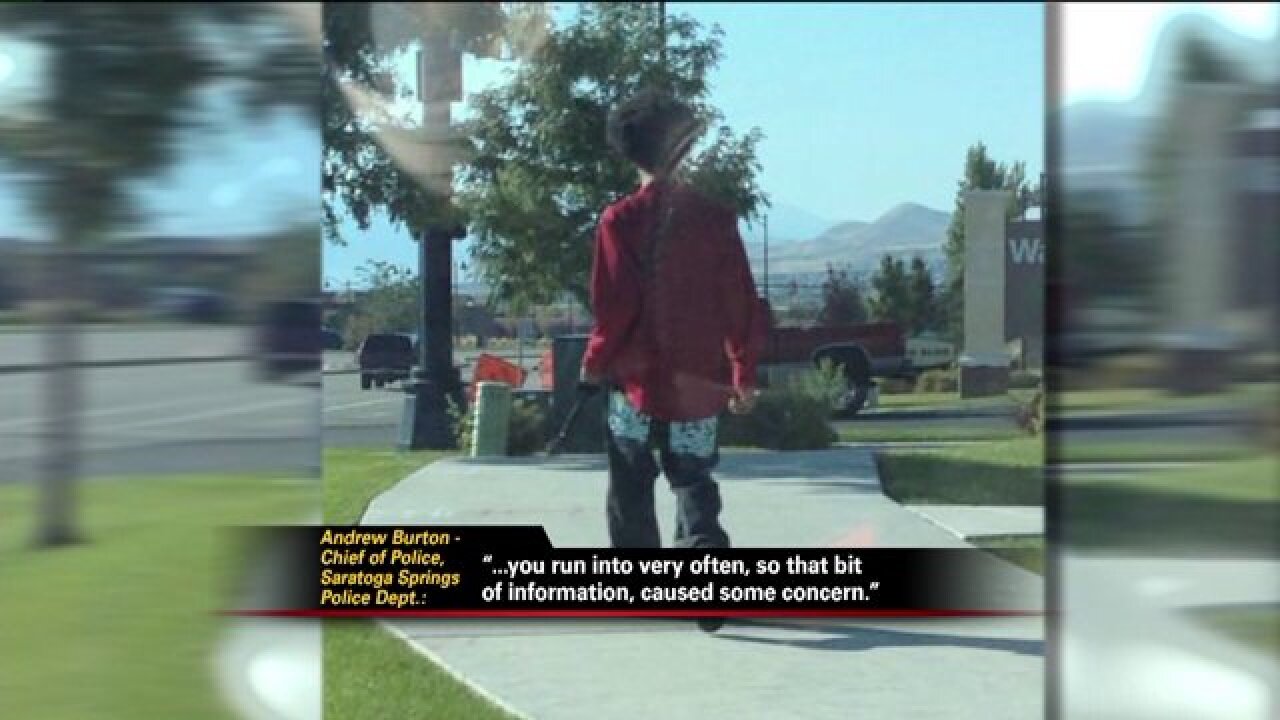 SARTOGA SPRINS, Utah -- It's been three weeks since 22-year-old Darrien Hunt was shot and killed by Saratoga Springs Police. The incident is still under investigation, but Thursday authorities released the 911 call that sent officers looking or Hunt.

We can hear in the 911 recording the citizen stating, "I saw a guy walking towards the Wal-Mart area in a red shirt and he was carrying a samurai sword."

The rest of the 911 call is fairly typical, according to Saratoga Springs Police Chief Andrew Burton. The caller is heard answering a string of questions from the dispatcher about the person in question - Darrien Hunt.

Burton told FOX 13 News: "A lot of times people call and they don't want to be involved, they don't want to leave their name, they want to be anonymous. The fact that this individual was willing to give his name and phone number lends some additional credibility to the report that there's something amiss."

Burton went on to explain the fact that a sword was reported was enough for the seasoned dispatcher to classify the situation as suspicious.

"She felt like the caller indicated, 'Hey the guy's got a samurai sword,' which is not something you run into very often so that bit of information caused some concern,” Burton said.

Hunt's Aunt, Cindy Moss, however feels the caller's calm demeanor is another sign her nephew wasn’t posing a threat.

"It again states that he wasn't really bothering anyone,” she said. “He just had the sword on his back and he was walking down the street."

Moss said she still can't fathom why a standard 911 call by a single citizen led to her nephew being shot and killed by police officers.

"I think Darrien looks different in Saratoga Springs because he's Black,” she said. “I also think maybe people are a little more paranoid because of things that go on in the world. But I don't think it's necessarily bad that he called in to say somebody's out there, I think the police reaction is the shocking part."

Moss said her family is working with their new attorney to prepare for a lawsuit against the Saratoga Springs Police Department.

When asked about Hunt's frame of mind or what he was doing with the sword, Police Chief Burton wouldn't comment on the specific exchange between his officers and Hunt, as this is an ongoing investigation.

He did urge everyone involved to wait for the official autopsy results and findings of the investigation before casting any judgments in this case.