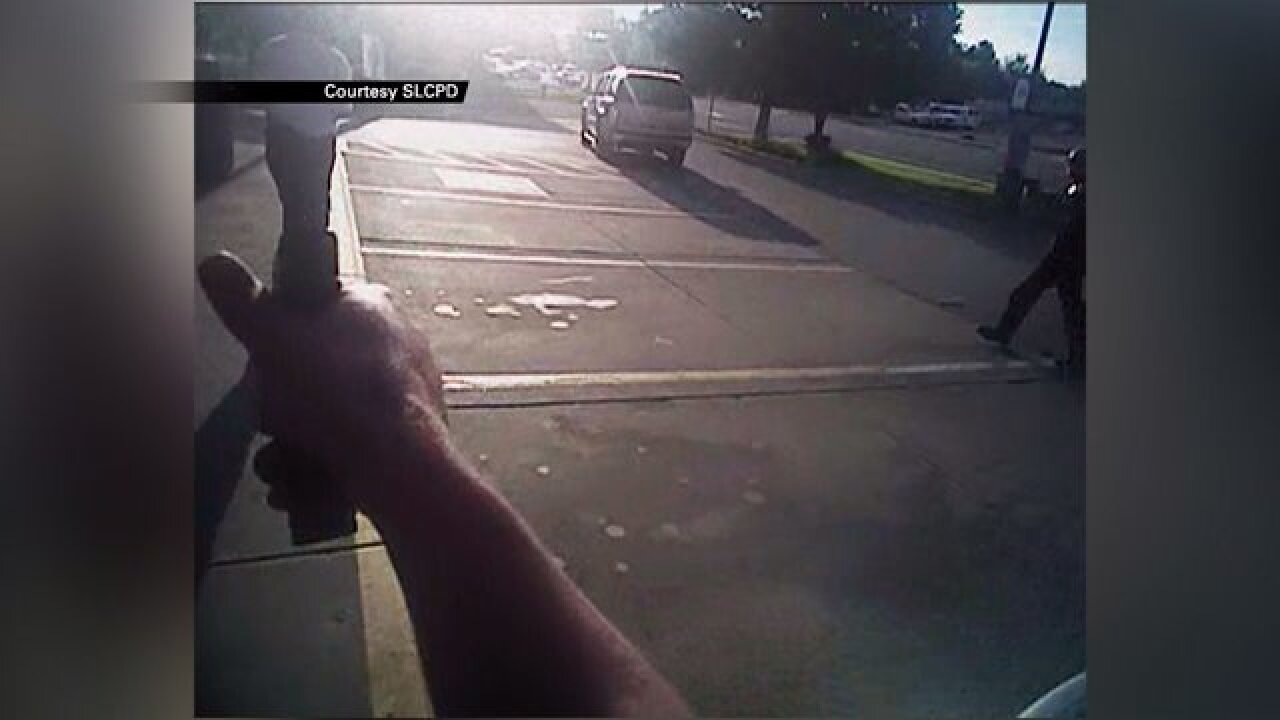 Above is the video from a Salt Lake City police officer's body camera from the fatal shooting of 20-year-old Dillon Taylor in South Salt Lake in August.

It does not show the officer firing on Taylor but it could still be considered disturbing to some audiences.

Fox 13 wants to know what you think: Did the officer shoot too soon? Was he justified?