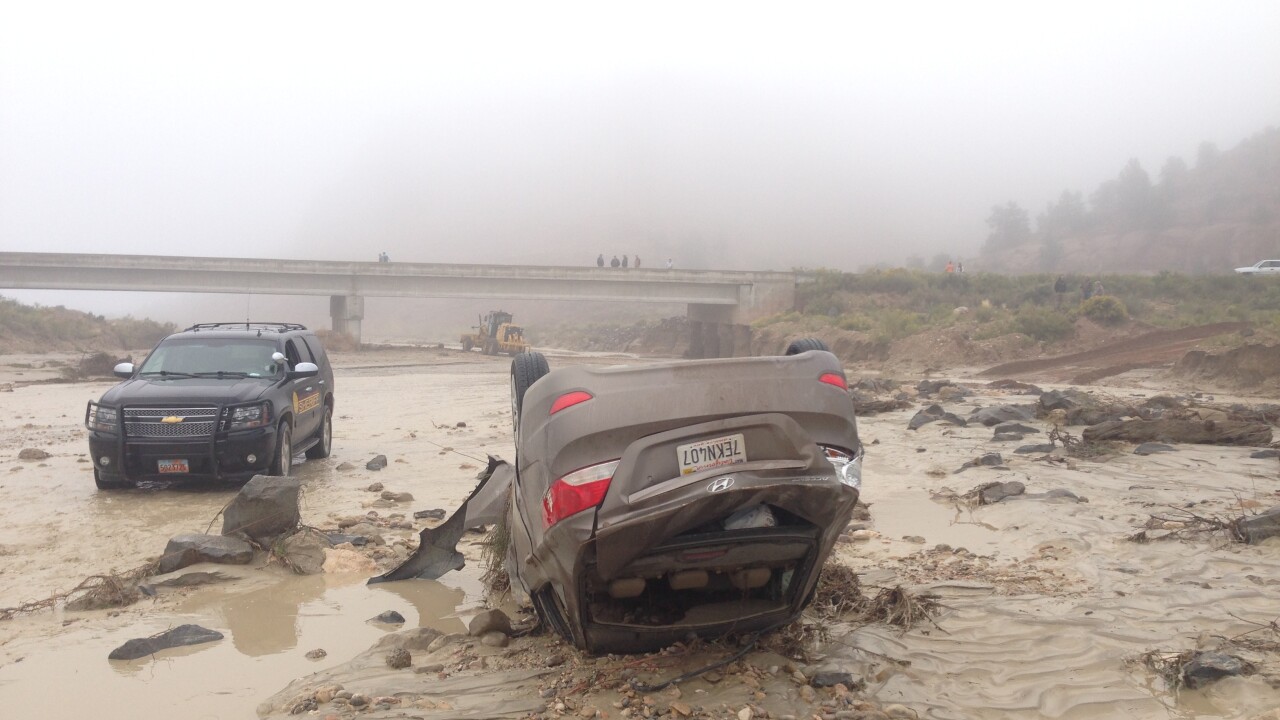 GARFIELD COUNTY, Utah – A Swift Water Rescue team pulled two people suffering from hypothermia out of the Paria River Saturday night after heavy rain caused the road to collapse and send their vehicle plunging into the water.

According to a press release from Garfield County Sheriff’s Office, 47-year-old Sussana Dursi and 62-year-old Roberto Bellocci of Italy were driving to a campsite in Kodachrome Basin State Park around 9 p.m. when the road collapsed.

The pair crossed a bridge spanning the Paria River. The press release states the ground “suddenly gave way plunging their car into the river.” The vehicle went about 150 yards downstream and came to a rest upside down, “in the middle of the river”

Heavy flooding caused the ground under the black top to erode.

The couple was able to escape through a back window and climbed on top of the car. A short time later, another vehicle passed by that way, and an occupant called a relative who is a Garfield County Sheriff's Office deputy to report the damage. The caller was not aware a car had gone into the water.

Deputy Clint Pearson responded, and as he approached he heard faint cries for help over the sound of rushing water. He used a spotlight to locate the two people stranded in the middle of the river.

"I pulled onto the bridge and could see that an entire lane, the entire southbound lane was gone," he said. "There was nothing there, it was a big hole."

He said when he spotted the couple he feared for the worst.

The Garfield County Search and Rescue Swift Water Team were deployed, and they rescued the couple by using swift water craft.

The two individuals suffered "extreme hypothermia” and were taken to Garfield Memorial Hospital for treatment. They are expected to fully recover.

The flooding also led to mandatory evacuations at Kodachrome Basin Sate Park, and crews erected a temporary bridge at the site of the collapse to allow people to leave the park.

A viewer submitted video of the Paria River on Saturday, and the footage shows the same bridge where the collapse occurred. The submitter said the footage was taken about 9 hours prior to the collapse.

“Usually when we get flash floods they’re gone before we can get people there and need to rescue them," Pearson said. "This was a lot different than that. There was an unreal amount of water here for several hours.”

The heavy rain fall caused road closures and other issues across the state starting Saturday, and Carbon County officials declared a state of emergency. 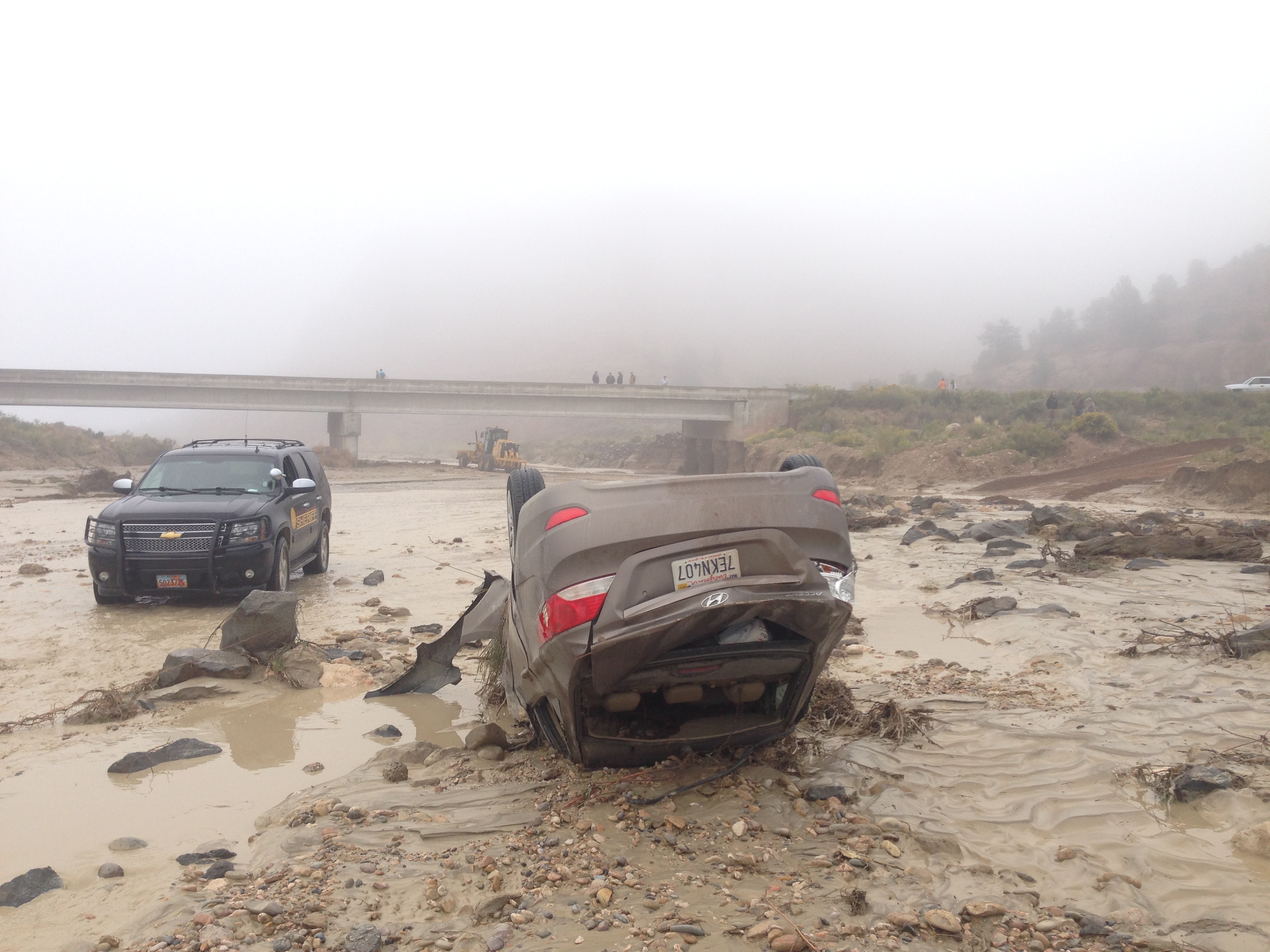