Document gives details on attack carried out by polygamous ‘ninjas’ 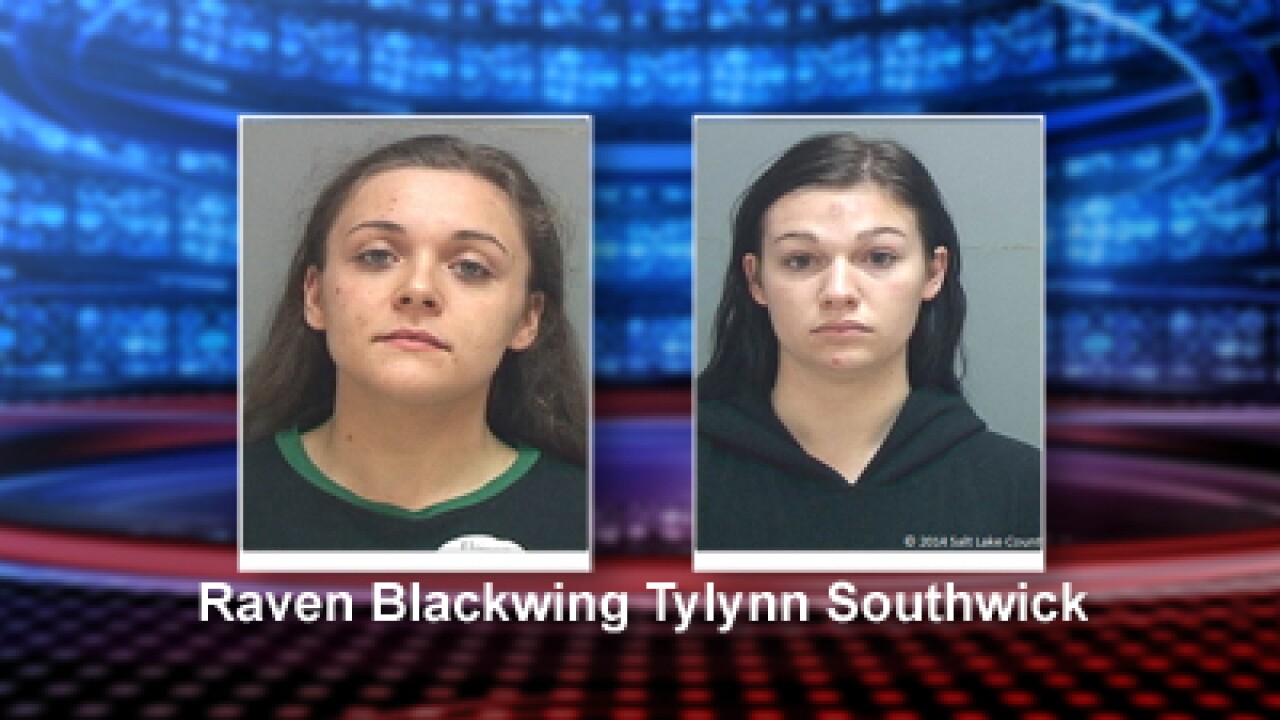 WEST JORDAN, Utah – A knife, a stun gun, a tourniquet and syringes along with a chemical intended to render someone unconscious were among the items found on two women who allegedly dressed as ninjas in order to interfere with a witness in a rape trial, according to court documents released Thursday.

According to statements of probable cause filed in Utah’s Third District Court, Raven Blackwing, 22, (aka Madeline Baker and Raven Baker) and Tylynn Southwick,19, broke into a West Jordan home on September 19 while armed but were subdued by the occupants of the home.

One of those who helped subdue the women spoke with FOX 13 News after the attack and said the women looked like ninjas. He had been watching TV on a couch when he heard a noise.

“I went to the bottom of the stairs and saw a couple of ninjas coming down,” the man said. “They were all dark gray or black, and they had black rubber gloves on and masks. All I could see was their eyes.”

The documents state the two women lunged at the man when they saw him. The man began fighting the women and wound up removing one mask, and he stated he recognized the suspect as a female that had attended court hearings relating to the rape trial.

Officer Craig Powell, West Jordan Police Department, said after the attack the juvenile the suspects were allegedly targeting is a witness against a male suspect in a rape trial. The victims said the two women are in a polygamous relationship with that suspect.

Another man heard yelling and came out of a bedroom and then joined the fray. The document states that one suspect came at the second man and grazed his arm with a stun gun. The second man was able to subdue the woman until police arrived.

A responding officer stated they arrived to see one of the men holding down a suspect later identified as Southwick. The document states Southwick  “…was sitting on the couch dressed in all black, wearing a black mask and black latex gloves. Standing a few feet from [Blackwing] was [first man] holding a samurai sword.”

FOX 13 News has withheld the names of the men at their request in order to protect the identity of the juvenile who was the alleged target of the attack.

The document stated that Southwick admitted post-Miranda to bringing a knife, tourniquet, needles and Formalin into the home. She stated Formalin is used in hospitals to preserve tissues, “and that it was a strong chemical so it could be used to knock someone out.” A bottle of Formalin was found under couch cushions in the home.

An officer stated that a knife, a large piece of cellophane, a screwdriver, matches and syringes were found on the defendants, who were both wearing black masks and black latex gloves when they were arrested.

The document states that a hearing for the trial the juvenile is a witness in was scheduled for four days after the attack. The juvenile was sleeping inside the home when the attack occurred.