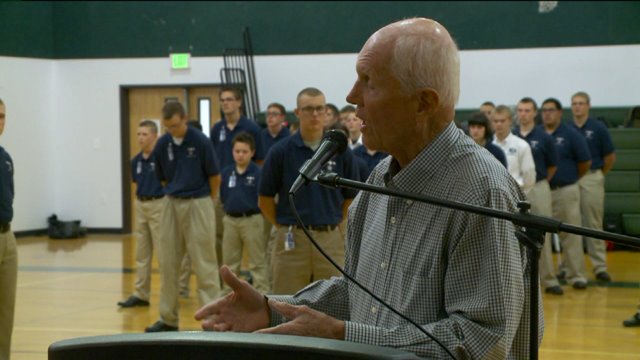 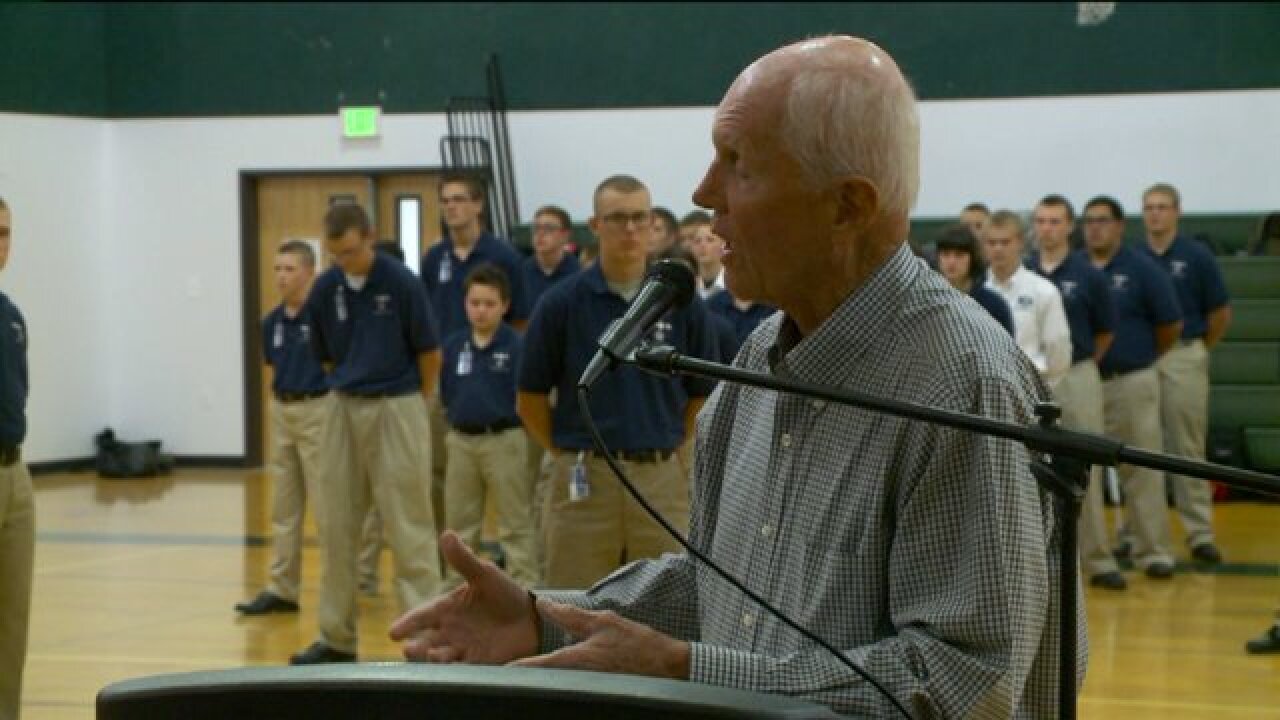 RIVERDALE, Utah -- A former prisoner of war got a special surprise from hundreds of cadets at the Utah Military Academy in Riverdale Monday.

Lt. Col. Jay Hess didn't expect what happened. The main hall at the academy now has a special place dedicated to him.

The former POW had no idea he was being honored. Hess thought he was there to give a speech to cadets in training.

Cadets stood straight with their heads held up high in preparation for the special ceremony. Trumpets welcomed the decorated Vietnam War fighter pilot.

Hess was shot down over North Vietnam and held in the notorious Hanoi Hilton for nearly six years.

Hess was now left speechless as he stood at the podium in front of the cadets.

"I didn't come here to be honored; I came here to give a big long speech. I'm kind of overwhelmed and humbled by this," Hess said.

The main hall at the Utah Military Academy is now named “Hess Hall.”

Congressman Rob Bishop was there for the dedication.

"To have a portrait of him and naming a hall after him will allow anyone who comes to this institution to realize there is a real-life hero to which you can actually pattern your life," Bishop said.

Hess was ready to give words of wisdom to the cadets. He told them a story about his days as a prisoner of war.

"There were a lot of guys who had nightmares, I don't know what their problem was, but I know several times some would wake me up and tell me to quit screaming and I had a nightmare that I was back in school," he said.

Hess left the students with one final thought, advice he hopes will extend beyond the hall, now named after him.

"One of the things I've tried to tell them, what I've learned is never, never give up and aim high. That's kind of what my thoughts are," he said.

Since retiring from the air force, the lieutenant colonel has a key leadership role within the JROTC community at Hill Air Force Base.

The HAFB museum has a life-sized replica of his jail cell from Hanoi Hilton, with his story retold.

"It's great to remember Colonel Hess in what he did and the sacrifices for us, but more importantly it helps the kids have a role model, someone who gave so much to this country," Bishop said.