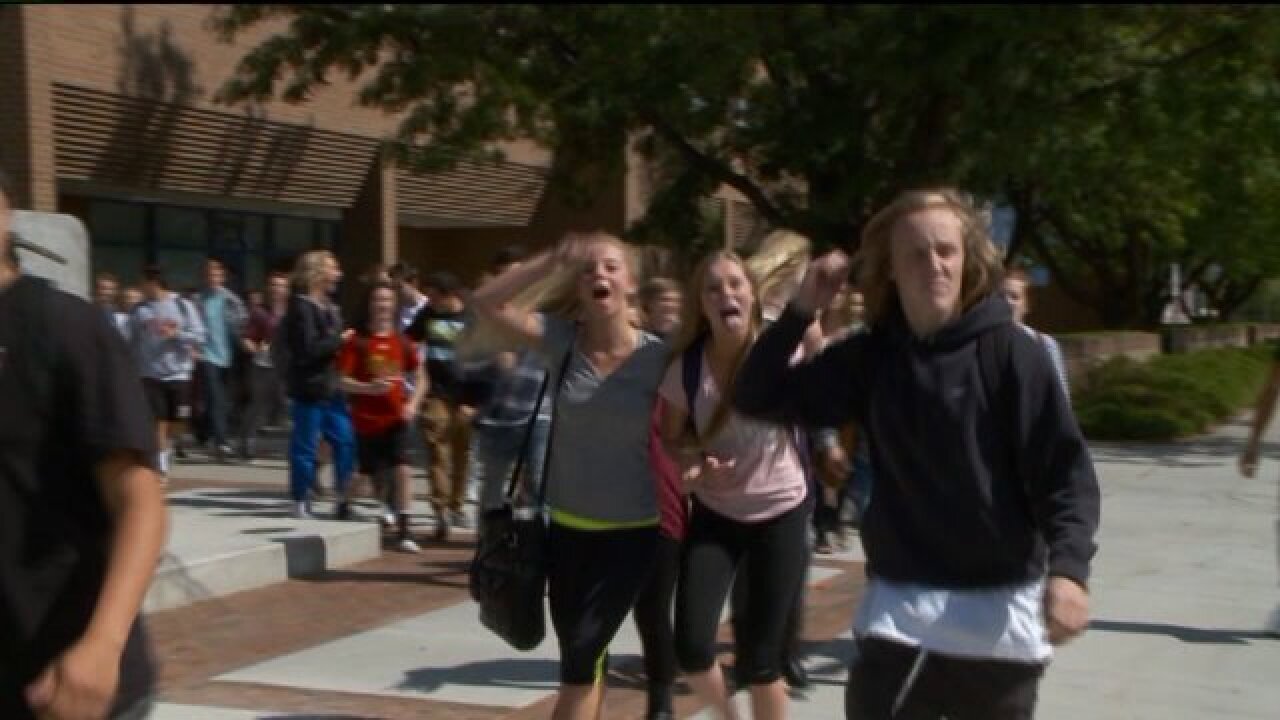 SOUTH JORDAN, Utah - Two days after a dozen girls were turned away from their homecoming dance, approximately 100 students from Bingham High School walked out of classes in protest.

“For a lot of us, this was our last homecoming and we couldn't even go in,” student Cierra Gregersen said.

The high school senior wore the dress in question to school on Monday in protest.

“I understand having a dress code for a learning experience,” Gregersen said. “But when it comes down to a dance, that’s our time to be rewarded for being good students and we should be able to express ourselves.”

According to the school’s dress code policy, dresses should cover the chest and back at the top of the arm pit and hemlines should go no higher than mid-thigh when seated.

Among the dozen who were stopped, only about four students chose not to return to the dance.

The rest were able to come back after changing or putting on a sweater.

“I feel like there were several girls at the dance who were discriminated against,” parent Kristi Frost said.

While her daughter was allowed in, Frost said she is furious about what happened to the other girls.

She is encouraging them to file complaints of discrimination against the school and Jordan School District.

“I’m also an advocate of what’s right and what’s wrong and I feel like what happened here at Bingham High School was really done in a wrong manner,” Frost said.

FOX 13 reached out to the school and Jordan School District but no one within the administration would go on camera for comment.

Instead, they allowed two student body officers to speak.

“In all three years, I can say this homecoming was honestly the best one I’ve attended,” student Spencer Dunford said, who helped organize the dance.

Dunford said classmates were advised about the dress code policy through a presentation and reminder on the dance tickets weeks before the dance.

“They’re just trying to prove a point but they really can’t prove a point because it’s still a rule and we have to enforce a rule. It doesn't matter,” student Kason Eggers said.

But for those turned away on Saturday night, the point is about the rule itself.

“I want the administration to see that we’re serious about this, that we haven’t been heard in the past about it, that we don’t think it’s fair what they’re doing about it,” Gregersen said.