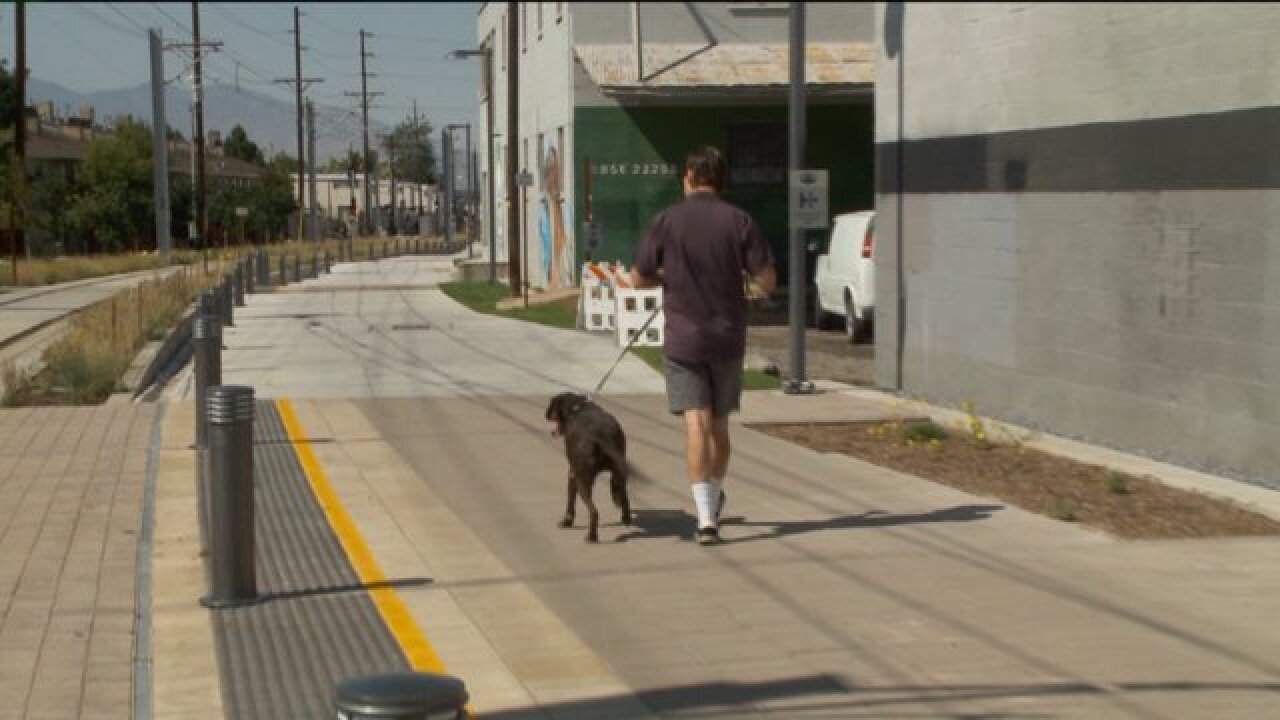 SALT LAKE CITY -- What could have been a neglected corridor people only viewed through the windows of streetcars is now a well-lit parkway that bicyclists, runners and walkers are already using to get from their homes to the commercial hubs in Sugar House and along State Street.

The S-Line Greenway is a park-like expanse of gravel paths and bike paths on either side of the streetcar line that travels along what might otherwise be 2200 South in Salt Lake City and South Salt Lake.

Salt Lake City paid for the Greenway from Fairmont Park to 500 East using Redevelopment Agency funds, while South Salt Lake and Salt Lake County footed the bill for the portion of the trail extending from 500 East to State Street.

While it wasn’t declared open until Friday, it has already seen heavy use by residents.

"It’s an incredible increase in use as people look for ways to traverse our valley,” said Salt Lake City Mayor Ralph Becker, whose administration has championed such alternative transportation projects.

Aaron Page is a local resident who walks the path with his labrador retriever, Lou, almost daily.

“It's lighted better, so you’re more inclined to walk through here at different hours,” Page said. “It's a lot more pleasant.”