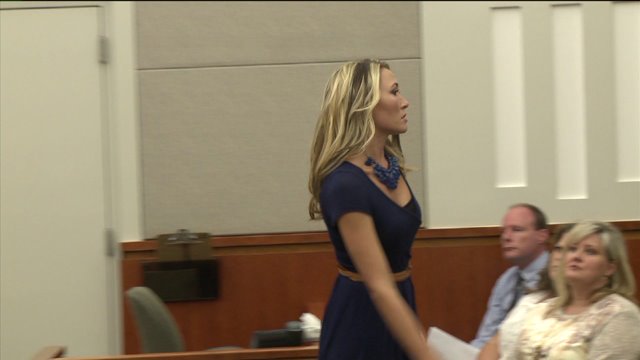 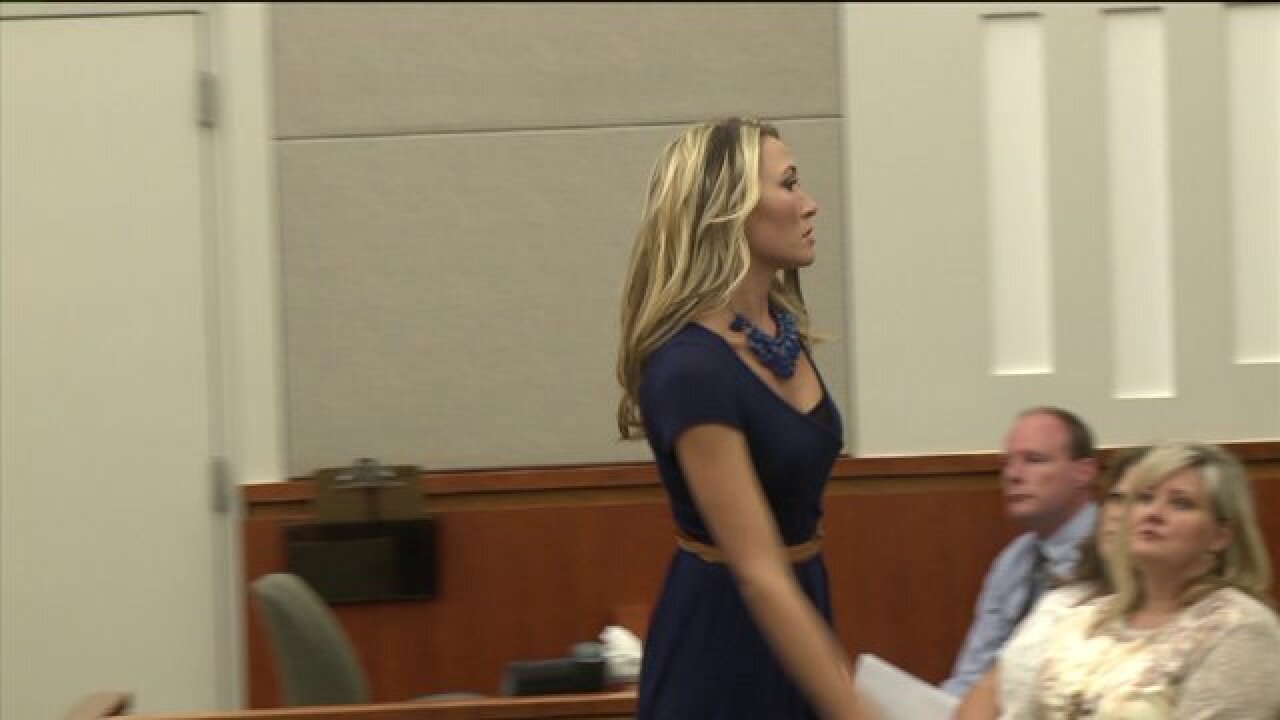 DAVIS COUNTY, Utah -- A former Davis County High School English teacher will stand trial on charges that she sexually abused a second student after he told the court on Friday his relationship with Brianne Altice could be described as a “teacher with benefits.”

Altice is already facing charges, accused of having sex with one of her 16-year-old students last year. On Friday, a second student took the stand and described the physical relationship he also had with his teacher.

Friday’s preliminary hearing was for Judge John Morris to determine if there was enough evidence to bring three more counts of forcible sexual abuse against the 35-year-old former teacher. The now 18-year-old student gave explicit details of his relationship with Altice, and when it was over, the judge ruled there was probable cause for Altice to stand trial.

Brianne Altice remained silent as she walked into court for her preliminary hearing.

During the prosecution’s closing statements, Deputy Davis County Attorney Cristina Ortega said, “He was asked to describe what kind of relationship, what was this and he couldn’t. The best he could describe it was a 'teacher with benefits’.”

Based on the testimony, Ortega said Altice knew what she was doing and misused her position of trust.

“One, the witness in this case was younger than 18 years of age,” Ortega said. “Two, she occupied a position of authority. He himself testified today that she was the person in charge, as she was his teacher and he was her teaching assistant.”

Prosecutors also said Altice did nothing to stop the sexual encounters after they started.

“She was able to use the system, the school system here, to have access to him in making him her teacher assistant,” Ortega said.

Altice now faces a total of nine counts of rape, forcible sodomy, and forcible sexual abuse. She’s scheduled to be back in court for a hearing on October 9.