Dental discovery may have you changing your toothpaste 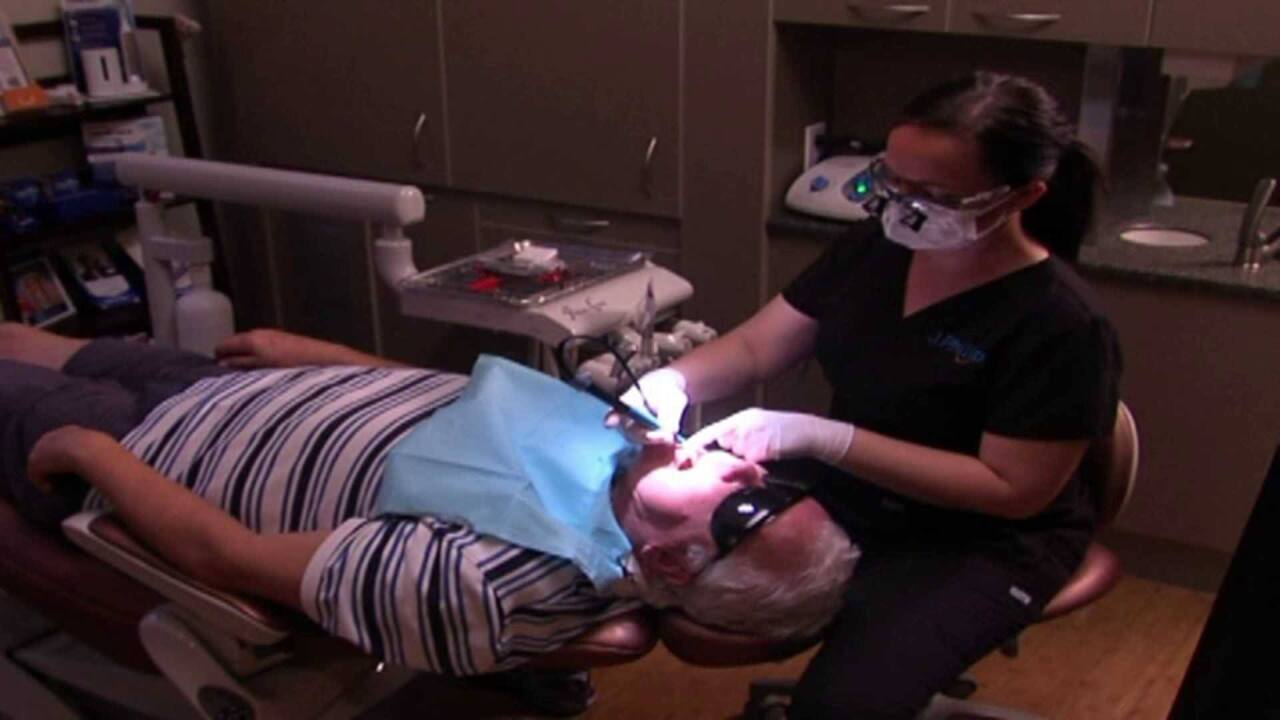 PHOENIX, Ariz. — A dental hygienist in Phoenix noticed something strange in the mouths of her patients and spoke up about it.

Now a toothpaste manufacturer is taking action, according to KNXV.

Trish Walraven has seen lots of things as a dental hygienist, but until a few years ago, she had never seen anything like this.

“We thought it was a cleaning product or something that people were chewing,” Walraven said.

They were little blue dots trapped in the tiny spaces between people’s teeth and gums.

Walvaren started asking around and other hygienists were seeing the blue dots, too.

It took awhile, but they finally figured out what it was polyethylene.

It’s  a plastic used in all kinds of things like garbage containers, grocery bags, bullet proof vests, even knee replacements and now in toothpaste.

Walvaren said one brand appears to use the plastic microbeads more than others.

“Pretty much everyone was saying that they were using some form of Crest toothpaste,” Walraven said.

Dentist Justin Phillip said the microbeads shouldn’t be anywhere near your mouth.

“They’ll trap bacteria in the gums which leads to gingivitis, and over time that infection moves from the gum into the bone that holds your teeth, and that becomes periodontal disease, Phillips said. “Periodontal disease is scary.”

Walvaren wants the beads gone, too.

She wrote a blog that has gotten national attention. It even caught the eye of Proctor & Gamble.

In a statement, the Crest manufacturer said, “While the ingredient in question is completely safe, we understand there is a growing preference for us to remove the ingredient. So we will.”

Crest said the majority of its toothpaste will be microbead-free in six months.

They’ll be completely gone by March of 2016.

If you want to make sure the product you’re using is microbead-free, take a look at the ingredient list and make sure it doesn’t include polyethylene. Click here.