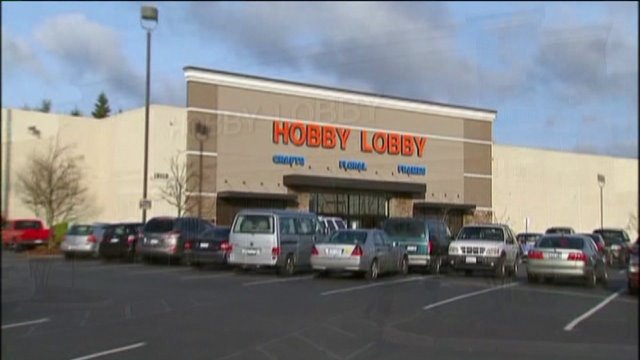 SALT LAKE CITY -- A federal judge has ruled that a member of the Fundamentalist LDS Church does not have to answer questions about child labor violations because of the U.S. Supreme Court's ruling in the Hobby Lobby case.

Vergel Steed refused to answer even the most basic questions in a recent deposition, because he is protected under the Religious Freedom Restoration Act.

"It is clear that Mr. Steed has raised the very defenses available under RFRA," U.S. District Court Judge David Sam wrote in the order.

The U.S. Department of Labor took action against Paragon Contractors for a 2012 incident where hundreds of children were seen working in a field in Hurricane, picking pecans. In court filings, the Labor Department has suggested that FLDS leaders ordered children to be removed from school to work in the fields.

As part of their case, FLDS members have been deposed -- including Steed. In a deposition obtained by FOX 13 on Tuesday, it appears Steed refused to answer many questions.

Steed's attorney objected to the questions, saying he "retains a closely held religious belief that requires him not to speak openly about matters regarding the Church organization with anyone outside of his religious affiliation."

Labor Department lawyers went to U.S. Magistrate Judge Evelyn Furst, who said Steed should have to answer some questions. But Judge Sam overruled her, citing the U.S. Supreme Court's ruling earlier this year in the Hobby Lobby case.

In the Hobby Lobby case, the company objected to having to provide contraception citing religious freedom grounds.

"It is not for the Court to “inquir[e] into the theological merit of the belief in question," Sam wrote, citing the Hobby Lobby decision.  "The determination of what is a ‘religious’ belief or practice is more often than not a difficult and delicate task .... However, the resolution of that question is not to turn upon a judicial perception of the particular belief or practice in question; religious beliefs need not be acceptable, logical, consistent, or comprehensible to others in order to merit First Amendment protection."

Steed's attorney, Jason Haymore, told FOX 13 that he was pleased with the ruling.

"I feel the judge adequately protected my client's rights," he said.Haymore declined to comment further, citing another lawsuit involving the FLDS Church and the U.S. Justice Department.

In that case, the federal government is suing the town governments of Hildale, Utah, and Colorado City, Ariz., alleging they are de facto arms of the FLDS Church and its leader, Warren Jeffs.

Jeffs is serving a life, plus 20-year sentence in a Texas prison for child sex assault related to underage "marriages."

The U.S. Department of Labor did not return messages seeking comment Tuesday about whether it would appeal the decision.