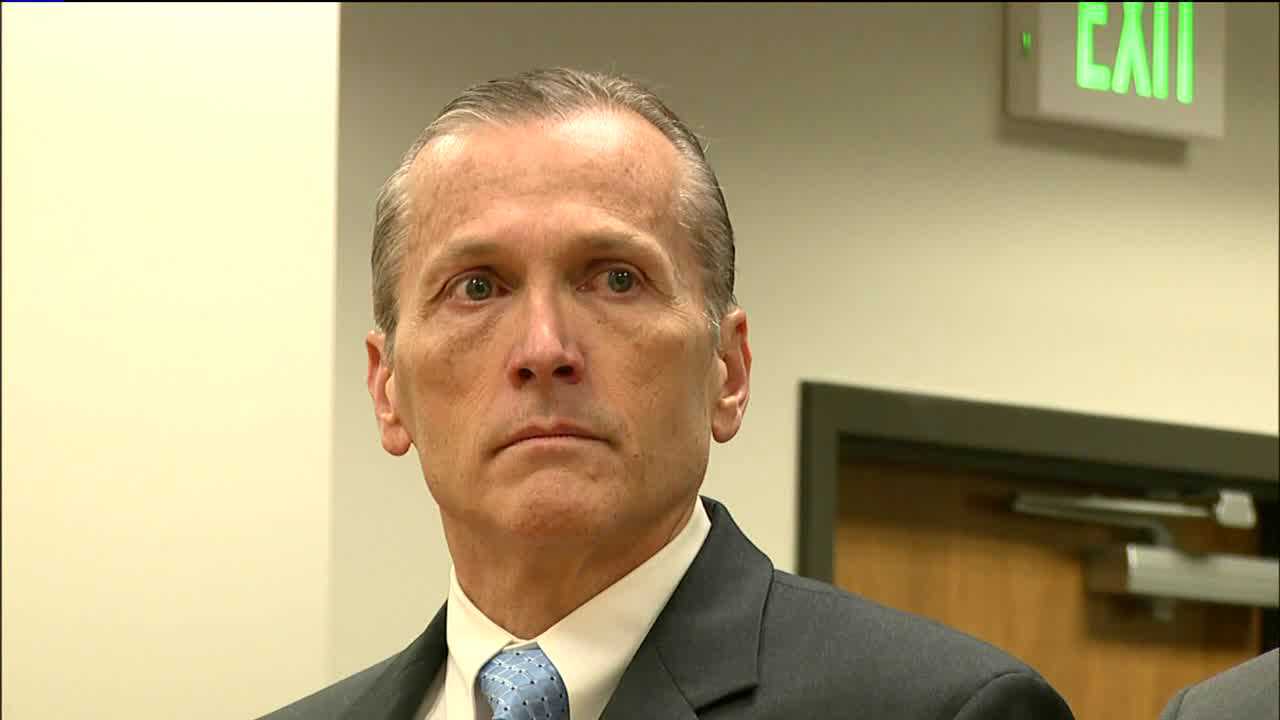 #10 – Martin MacNeill trial – With television cameras rolling Martin MacNeill, a medical doctor, sat in a courtroom in Provo for nearly a month. His daughter and his mistress took the stand against him. On November 9th, a jury quickly decided MacNeill was guilty of killing his wife, Michelle, inside their Pleasant Grove home in 2007.

PROVO -- Dr. Martin MacNeill, convicted of killing his wife, has been sentenced to prison time on a sex abuse charge.

MacNeill stared straight ahead and said nothing as 4th District Court Judge Samuel McVey sentenced him to 1-15 years in the Utah State Prison.

"He has not admitted to the misconduct in the crime," the judge said.

MacNeill's daughter, Alexis Somers, stood and pleaded with the judge to give him the maximum sentence. She told the judge her father is "a monster."

"My father's evil did not begin or end with the murder of my mother. Shortly after my mother's death, my father sexually assaulted me on two different occasions," she said. "He destroyed my world and created a living nightmare in its place."

MacNeill was accused of groping Somers shortly after the 2007 death of his wife, Michele. FOX 13 typically does not identify sex abuse victims, but in this case she chose to speak out.

Somers insisted she was not his only victim of sex abuse.

"Everyone has their reasons not to come forward. Some of them have come forward in the past and not been believed. I just hope that the conviction today will help them heal from all the harm my father has done," she said.

Outside of court, Somers said she was "relieved" with the sentence.

"This is one painful chapter to close today. I'm just anxious to move on," she said.

Judge McVey said MacNeill would not qualify for sex offender treatment because he refuses to cooperate or admit wrongdoing. At sentencing, MacNeill's lawyer did not say anything. MacNeill himself did not leave the jury box where he was seated with other inmates, nor did he plead for mercy.

"If he's not going to comply with the terms of probation, which in this case would absolutely include some sort of sex offender treatment, then it's a waste of time and resources to place him on probation," he told FOX 13.

Prosecutors could ask for the sex abuse sentence to be run after Friday's sentence for murder. MacNeill faces a 15-to-life sentence in that case.

In a trial that ended last November, MacNeill was also found guilty of first-degree murder and obstruction of justice in connection with the 2007 death of his wife, Michele. Utah County prosecutors contend he drugged and drowned her so he could carry on an affair with another woman.

MacNeill is scheduled to be sentenced Friday for the murder case.