WVC mom booked into jail after allegedly stabbing her 2 children 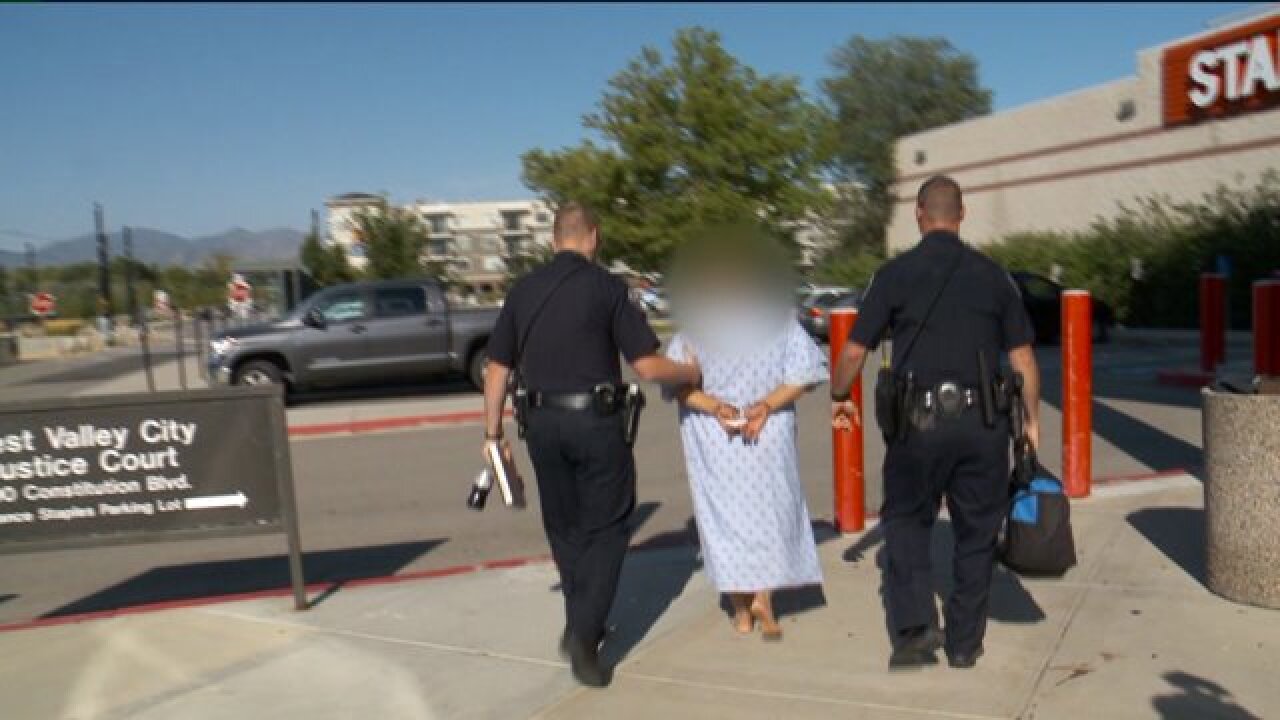 At approximately 6:15 a.m. on Saturday, police received a call about a mental subject to an address in the area of 2660 West and 3400 South. The call came from the same address.

The children were transported to an area hospital in serious condition. As of 9:30 a.m., they were stable, said Lt. Dalan Taylor with West Valley City police.

“When our officers arrived on scene, they found a 12-year-old female and an 8-year-old male who had been stabbed multiple times,” Taylor said.

The father of the children stopped the attack from going further after his teenage daughter saw the stabbings occur.

“She saw the assault occurring, she began to scream and yell, which woke up the father in the home and he came out and prevented the assault from going any further,” Taylor said.

The woman was booked into jail after undergoing a mental evaluation at a hospital.

“We took her over to the hospital to have her evaluated," Taylor said. "We were concerned there might be some medical issues, so we had her checked out there first."

No significant incidents have occurred in the past at the home, Taylor said. A neighbor said the incident was unexpected.

“I’ve never seen her angry," Sharon, a neighbor, said. "She’s always seemed to be a very calm person when I spoke to her."

Sharon said she has known the woman for years.

“Obviously she isn't well because that isn't how she is," Sharon said. "She's always been a very loving and caring mother."

The mother was booked on charges of three counts of domestic violence aggravated assault after being evaluated at the hospital and interviewed by police. Officials said the woman faces that third charge because the teen who was not injured was exposed to the attacks.