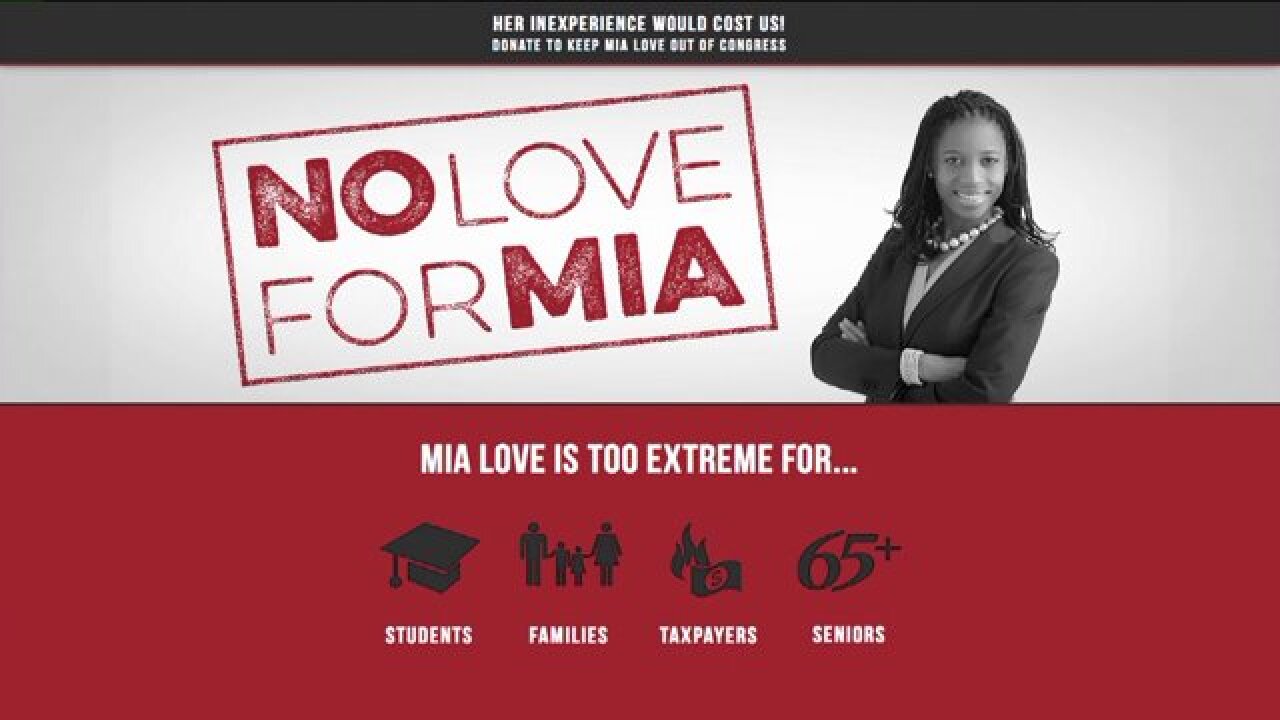 SALT LAKE CITY -- Utah Democrats are taking aim at one of the Republican Party's most polarizing candidates.

Mia Love is being blasted on a new website that claims she's too extreme.

The website is www.noloveformia.com. The site is paid for by Utah Democrats who claim the site is merely a way to educate voters -- but her campaign calls it a desperate attempt by democrats who know their candidate will lose to her come Election Day.

Utah Democrats who are behind the new website don't shy away from spelling out how they feel about the Republican candidate who is running for the 4th Congressional District against Doug Owens.

The site says "her inexperience would cost us!" and "Mia Love is too extreme for students, families, taxpayers and seniors."

"There has been a whole history of statements that she has made on her campaigns, that are too far and too extreme for Utah voters," Lyon said.

The democrats who are soliciting donations on this new website, claim Love would eliminate The Department of Education, tax the middle class more and cut benefits to senior citizens.

Love’s campaign manager, Dave Hansen, said the website is a desperate attempt by the democrats to attack Love in hopes of scaring Utah voters away.

"She's popular. She's known. People like her, let's see what we can do to destroy her," Hansen said. "They're using information from the 2012 campaign, which was false then and it's false again this time around. The whole idea for them is to see if they can scare people about Mia Love.”

Lyon said there’s nothing on the website that attacks Love’s character. It’s all about issues and positions she has taken that they think matter to Utahns.

Hansen said the creation of the website is a perfect example of why people don’t like Washington D.C.

“This is an example of what causes the dysfunction in Washington where people are just slashing and burning -- and that's exactly what it is," Hansen said.

Love's campaign is releasing new television commercials next Monday, spending about $400,000 on TV ads alone. Owens' campaign will also be airing their own ads, but not until a week after Love's ads begin airing. His campaign calls it strategic, not a delay. They are spending around $280,000 on overall campaign advertising.