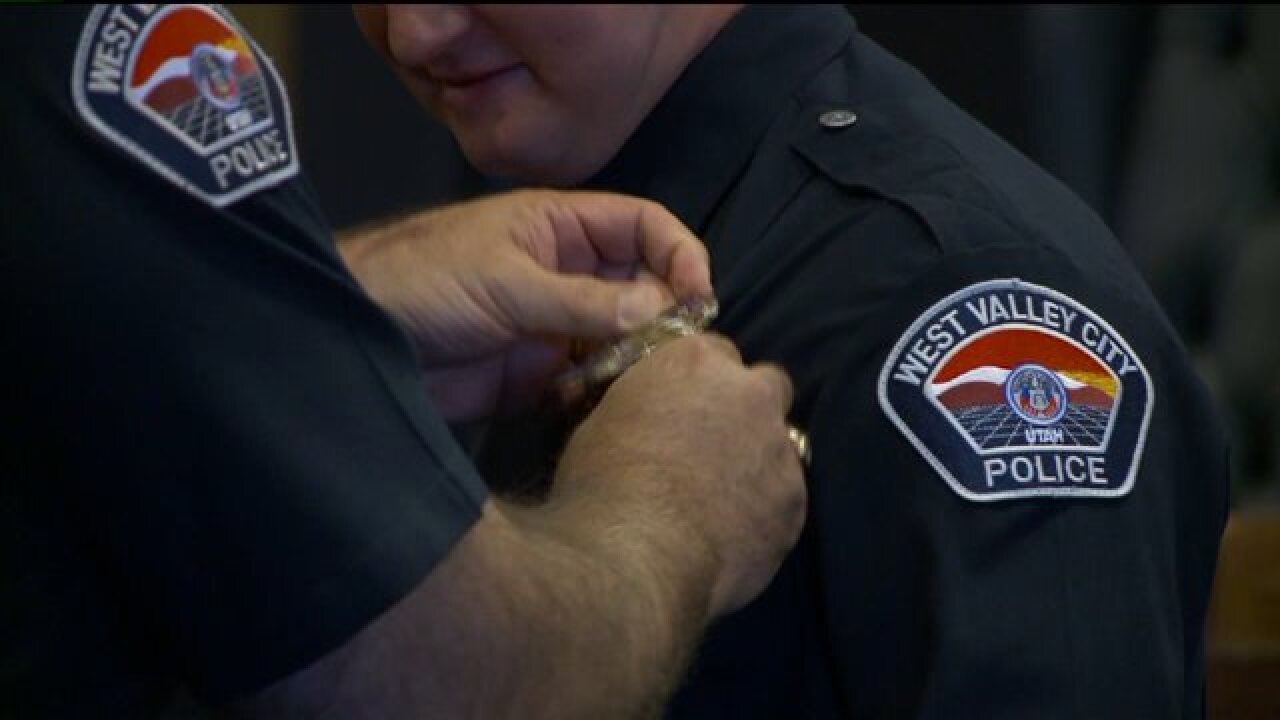 After the shooting in Ferguson, Mo., the Associated Press took a closer look and a Utah city is among those raising some eyebrows.

West Valley City Police hired 10 new officers in June but most are white, like the department, the AP reports.

According to 2007 data, a third of West Valley City is Hispanic but only 6 percent of the police department is.

That's not a surprise to Latino leaders FOX 13 spoke with.

"If you look at the Wasatch front, from Ogden to Provo, not everybody is doing a good job," said Tony Yapias, Director of Proyecto Latino de Utah.

The census bureau reports 22 percent of Salt Lake City's population is Hispanic but about 6.5 percent of the police department is. The gap closes a little bit county wide.

The challenge for many departments is few minority applicants.

"Only 8 percent of our applicants are Latino," said Roxeanne Vainuku, spokeswoman with West Valley Police Department. "We're not going to hire someone simply based on their race. We want people who represent our community but we're going to go with the most highly qualified person at the end of day."

Since Chief Lee Russo took over at West Valley Police, the department has met with the community monthly, plus weekly meetings at the Mexican consulate.

"(the goal is) to spread the message that they can approach the police officers, that they can trust the force here," said Ulises Rodriguez, Legal affairs with the Mexican consulate of Salt Lake City

The public trust was questioned after more than 100 West Valley drug cases were dismissed a couple years ago. With so many Latino names on those cases, there were accusations of racial profiling.

However, Latino leaders support West Valley's new leadership and believe better community relations can turn those numbers around in the years to come.

"We need to make sure we have a greater pool of youth interested in law enforcement so they can be a part of that community," Yapias said.