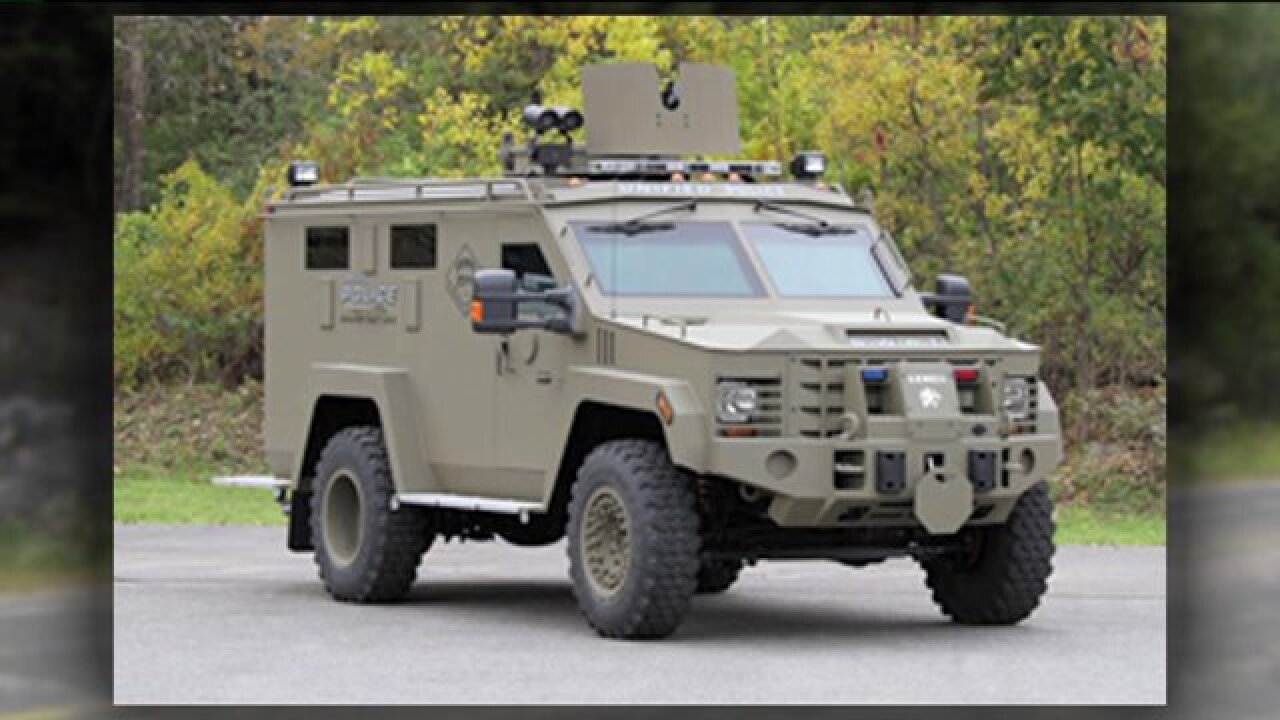 The truck is called a Bearcat, and it's actually owned by a private citizen named Mike Drury, who lends its use to the county through a signed lease agreement.

In question: a Winder fundraiser hosted by Drury at his Big Shot Ranch in Grantsville in October of 2013. The Bearcat was an attraction at the event, accompanied by volunteer SWAT officers.

Petersen, a Lt. in the Unified Police Department, said whether the county owns it or not, the vehicle is marked for law enforcement, and the county pays for its upkeep.

"There are public funds, several thousand dollars every year, maintaining and operating that vehicle," Petersen said.

Winder said Drury was doing what his lease agreement allows, and Petersen is bringing up a year-old issue out of desperation.

"[Petersen] had a responsibility a year ago to come forward and clarify this, at which time he would have learned the facts about this particular piece of equipment," Winder said.

"It came through my pager system, the system normally reserved for duty assignments and official information, or emergency callouts," Petersen said.

Winder said the accusation is inaccurate, and Petersen only has a text exchanged between officers.

"That delves into the realm of a blatant attempt to sully one's character in my opinion," Winder said.