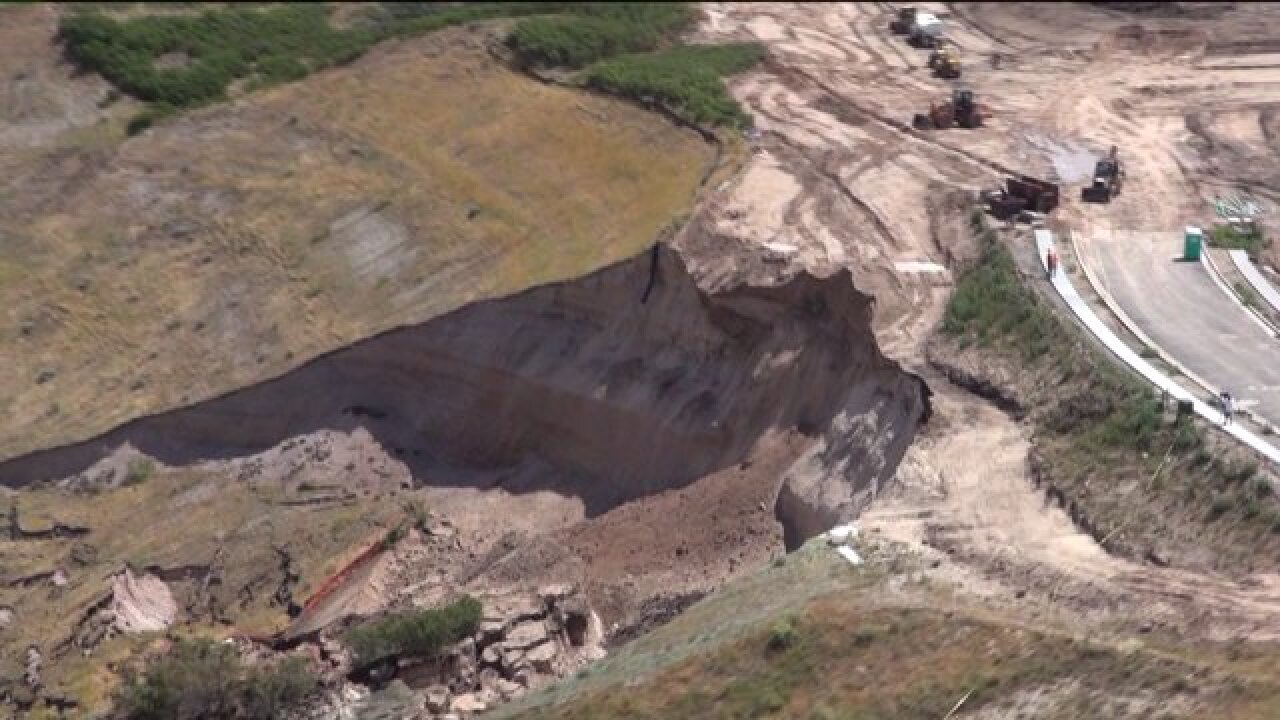 NORTH SALT LAKE -- There's no quick fix for the North Salt Lake landslide. Residents learned Thursday night that it'll take until the end of the year to safely mitigate part of the slide.

About a dozen residents met with city officials and private engineers, who are sharing information with the Kern River Gas Company.

Kern's engineers and others have drilled into the earth to monitor movement. The good news is there's been very little movement since the August 5 landslide, engineers say.

But the biggest concern is the upper scarp, just above the landslide. That's the spot where the slide broke away from the earth. It's just feet from a homeowner's backyard, and engineers said the first goal is to protect that home.

The fear is the scarp could break off, so engineers are studying how to mitigate that and hope to have a specific game plan by October 15. Then, a contractor will be hired and over 45 to 60 days, a remediation plan will take place. Engineers hope to grate the scarp into a slope that isn't so steep and threatening.

"The problem is, as it fails, it could fall on the existing landslide mass, adding weight to that and potentially making the mass that's there even less stable than it is, so the idea is to get that fixed and removed in a way that makes it stable but considers the impact to the rest of the residents," said Tim Thompson, Senior Geologist with GeoStrata.

"I think the information we heard tonight was that it's still being evaluated and the focus isn't necessarily on what the cause is, it's on the remediation and how to protect the neighborhood," said homeowner Steve Peterson. "We won't know for a while, but I feel comfortable that the mountain isn't going to come across the street and destroy my house. I do feel comfortable about that."

However, many residents remain concerned about financing and lowered property values. Also, some are frustrated by what they say is limited flow of information. Some residents said they're not getting specific engineering data fast enough. Engineers with GeoStrata said it's been challenging providing information with context, and the process has taken longer than hoped because there are homes above, below and to the side of the slide. As a result, engineers are being overly cautious, studying their next move carefully so the slide doesn't shift.

They said mitigation efforts will continue into the winter months. Crews will work from the top down, then the bottom up to ensure the slide is stable.

Next Wednesday, the Utrilla's home, which was destroyed in the slide, will be torn down and the foundation will be back-filled so the slide doesn't move.