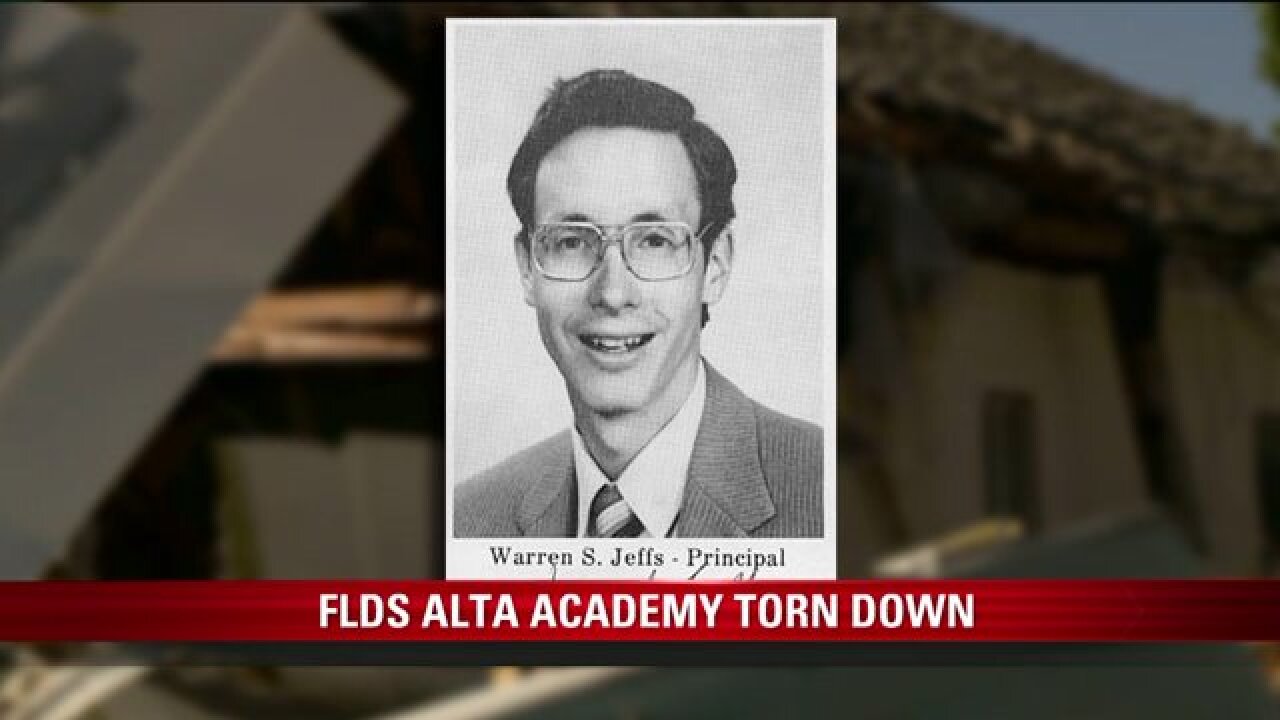 SALT LAKE CITY – A landmark with ties to Warren Jeffs and the FLDS Church is in ruins Wednesday.

The former FLDS compound at the mouth of Little Cottonwood Canyon has been torn down. Jeffs once lived at that location, and he was the principal at the Alta Academy, which was located inside the now torn-down church.

Oliver is an ex-FLDS Church member who once attended Alta Academy. He said he didn’t suffer abuse there but said others did.

"Seeing this all come down is bittersweet because I have a lot of memories, but the abuse that went on here and all the people whose lives were hurt by it, it's a good thing to be gone,” he said. “It's good this is going away. It's the final chapter in it."

FOX 13 News' Gene Kennedy has more on the history of the building and the allegations against its former owner in the video above.

The demolition began earlier this week and will take several weeks to complete.