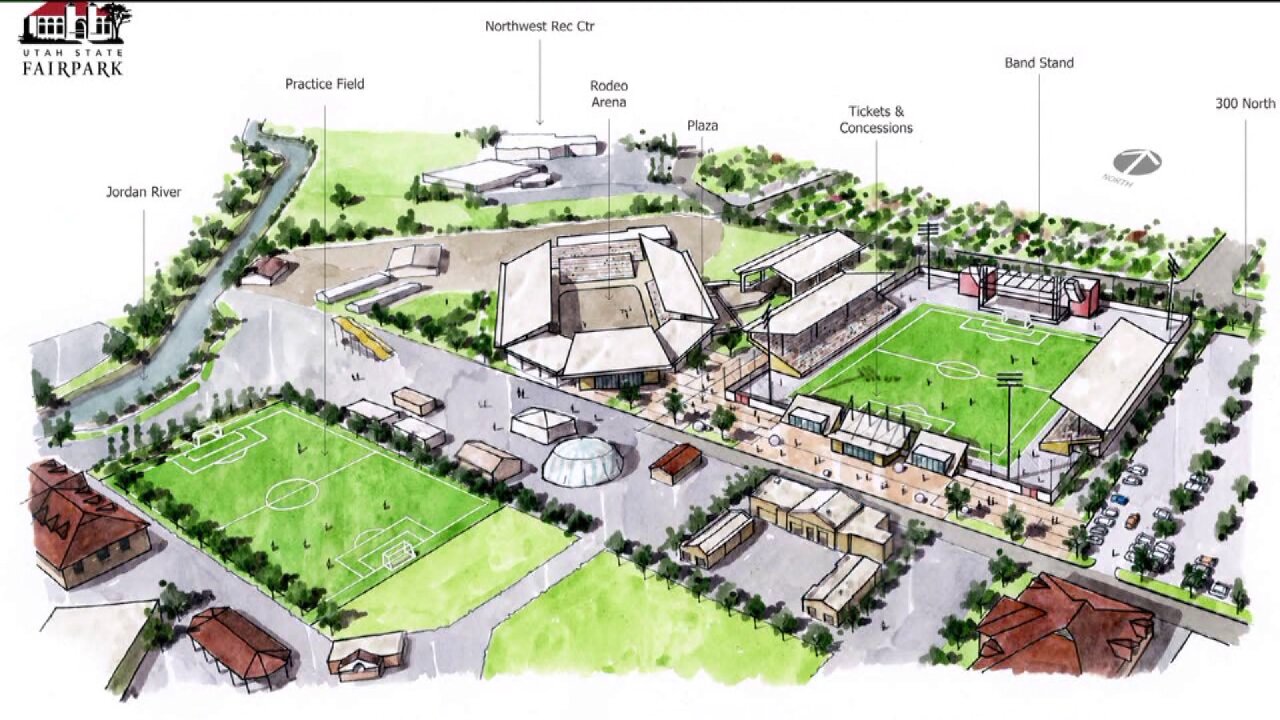 Now, in an effort to give the fair new life, Real Salt Lake’s owner announces he’ll personally pay to build a minor league soccer stadium on the fairgrounds.

Hansen’s plan calls for tearing out the old grandstands and eliminating 800 parking spots to build the new stadium by March 2016. It’s ambitious but RSL’s owner says he’ll foot the bill and thinks Utahns love soccer enough to support this.

“The growth of the soccer culture in 10 years has been phenomenal,” said Trey Fitzgerald, Vice President of Communications with Real Salt Lake.

Newly released renderings show plans for an 8,000-seat stadium next to the rodeo grounds with a nearby practice field. Instead of Hansen’s original proposal for public-private dollars to fund the project, he now says he’ll shell out $13 to $18 million himself.

“He stated he was doing it because he wanted to add something to the community and he didn’t want taxpayers to pay for it. It was impressive,” said Michael Steele, Executive Director of the Utah State Fair.

“That’s the way to go. No taxpayer money, you get a good facility and spending some money and utilizing the fair park, which in my opinion should stay here,” said Salt Lake valley resident Ray Milne.

After reviewing a state-commissioned study in July, the fair park’s board felt the fair should stay put despite years of financial struggles.

The fair park is in Councilman James Rogers’ ward and when he heard Hansen’s offer, “I think he has the foresight to know this is a great stepping stone for the fair park to reestablish it as the place for the fair.”

The fair’s leadership believes the plan will help make the state fair financially sustainable year-round without relying on state subsidies.

“We would be able to use the soccer stadium for three weeks out of the year for the fair, for concerts, entertainment and also for the rest of the year. It would be an anchor tenant all throughout the season from March to November,” Steele said.

And for RSL, “it provides another development opportunity for young players coming out of our academy, our college draft pick. It’s a way to get those guys 30-plus games per year.”

The goal is to complete the stadium by March 2016.

It would be the first major new development, then the rodeo grounds would be renovated and a new expo hall would be built later to attract tenants, but at this point those are all simply proposals.

State lawmakers must agree to the plan. Dell Loy Hansen will present specific details to the fair park’s board of directors Sept. 10. Already the board’s leadership is hoping for unanimous approval to start negotiations on a 30-year lease with a 10-year option.