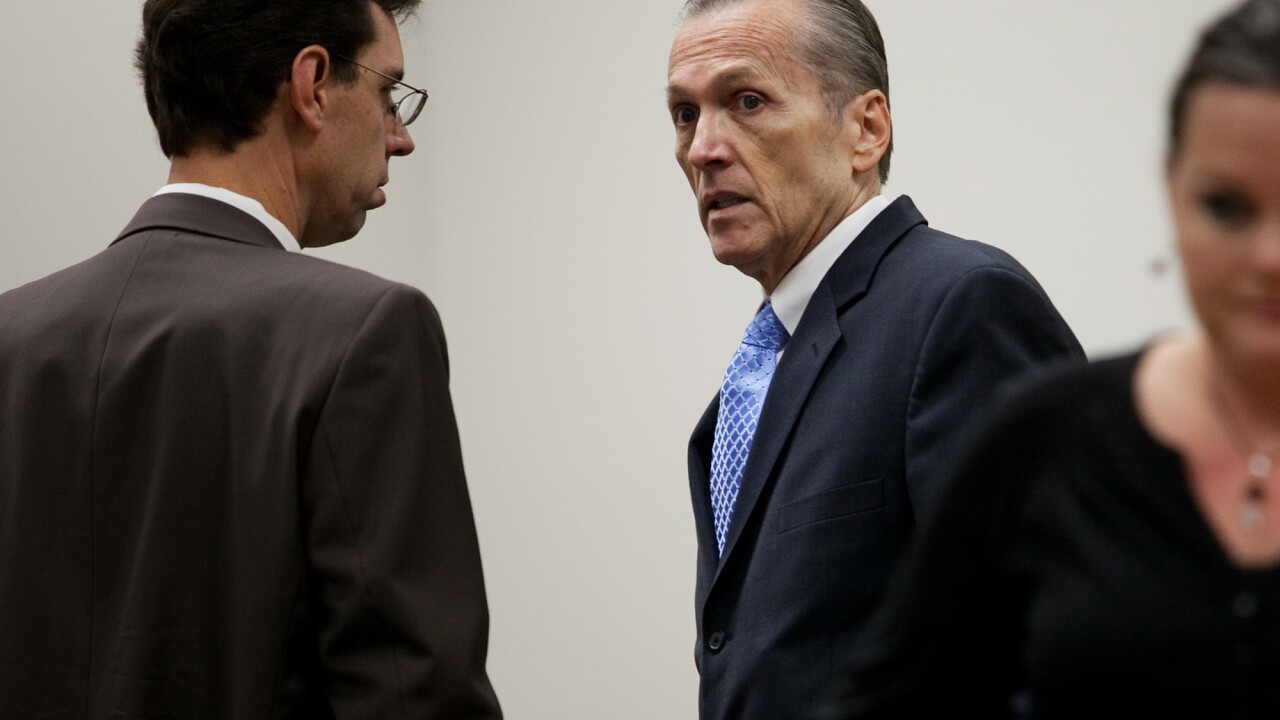 Martin MacNeill speaks to his attorney Randy Spencer, left, before proceedings at the Fourth District Court in Provo Tuesday, Nov. 5, 2013. MacNeill is charged with murder for allegedly killing his wife Michele MacNeill in 2007. MARK JOHNSTON/Daily Herald

PROVO — A judge has dismissed convicted wife-killer Dr. Martin MacNeill’s request for a new trial, finding many of his claims “without merit.”

The ruling, handed down late Friday, clears the way for Dr. MacNeill to be sentenced in the murder of his wife, Michele. Fourth District Court Judge Derek Pullan ordered Dr. MacNeill’s lawyer and prosecutors to be in court next week to set a sentencing date.

MacNeill’s lawyer requested a new trial, arguing that prosecutors had cut a deal with inmate witnesses, failed to correct some testimony and didn’t properly exclude a witness. The judge rejected those claims, and denied his motion for a new trial and to arrest judgment.

MacNeill was convicted by a jury last year on a murder charge. Prosecutors allege he drugged and drowned his wife, Michele, so he could continue an affair with another woman.

He was also recently convicted on a sex abuse charge, accused of groping his daughter shortly after his wife’s death.