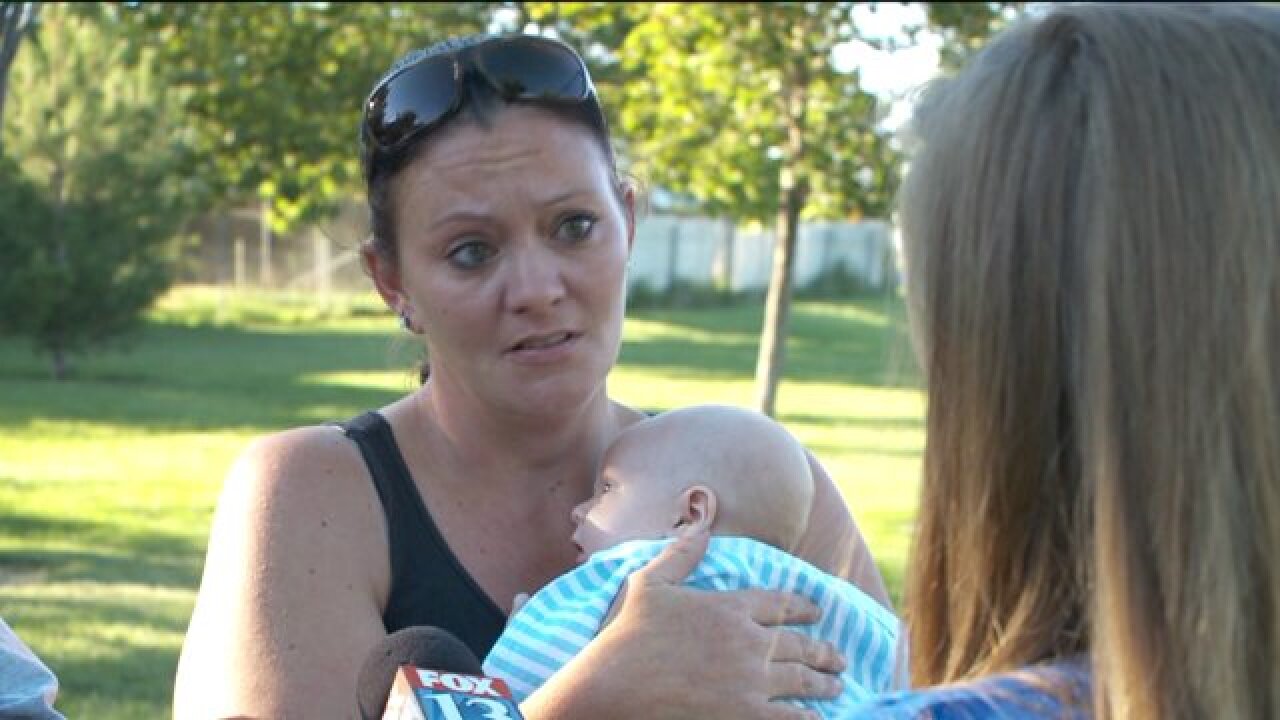 KEARNS, Utah -- A 5-day-old baby is fighting for her life after police found her nearly dead in a garbage can in Kearns on Tuesday.

Her mother, Alicia Englert, is accused of trying to kill her.

As the baby remains in critical condition, some of Englert’s cousins are starting a fundraiser to make sure she has something when, as they put it, she’s released from the hospital.

Vania Schmidt spoke about their efforts: “All the negativity and the focus on Alicia and her actions, why are we focusing on just this? People need to be aware there is a baby. There is a child, and this child needs help. She needs love."

The fundraiser will be held this Saturday and Sunday from 6 p.m. to 8 p.m. at West View Park in West Valley City.

You can also make a donation to the Starving for a Miracle account at any Wells Fargo bank.

According to Schmidt, everything will be given to Primary Children’s Hospital in Salt Lake City.

“There is no way to describe the feeling that you feel when you find out your little sister has done something so horrific. It may be horrific, but I still love her,” Lisa Hansen said.