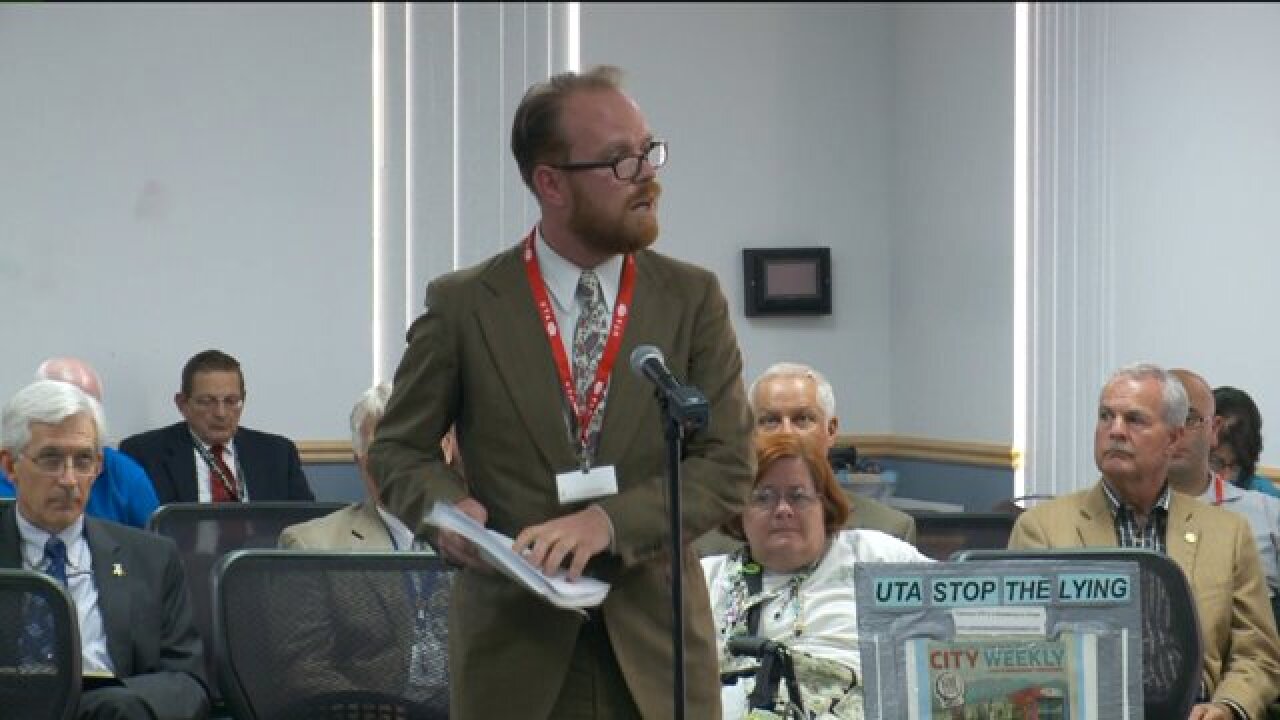 SALT LAKE CITY -- On Tuesday, state lawmakers came down hard on UTA, and on Wednesday, it was the public's turn.

“Right now, you are the most hated entity in Salt Lake County,” George Chapman said.

”UTA is in deep philosophical and financial trouble, and more importantly denial, it’s time to wake up,” Christopher Stout said.

“You guys have a heck of a mess going on,” Kerry Hamblin said.

The public didn’t hold back the criticism for the UTA Board of Trustees; one day after a state audit accused the board of gross mismanagement.

“We are appreciative of the recommendations that the auditors gave us, and we’ve actually implemented all of them already or are in the process of doing it,” said UTA Spokesman Remi Barron.

The public submitted a petition with 3,327 signatures. They are asking for extended late-night hours.

“Many people who rely on UTA transportation are low income workers who do not fit the 9 to 5 work model,” said Alex Cragun. “Imagine if you are coming off a 12-hour shift at 9:30 p.m. and rushing to catch your bus home, only see it pull away just before you got to your stop. Now that’s the last bus, you can’t afford a taxi, and you don’t have a car. So what do you do? You walk an hour home.”

The petition also poses a challenge to the entire board. For the next week, the only transportation they can use is UTA.

“Actually use the system that you created and you may start to understand that you aren’t really paying attention to riders,” Stout said.

“Talk to other transit users, hear their stories, and listen to their needs and requests,” Cragun said.

CEO Michael Allegra and Board Chair Greg Hughes were the first to accept the challenge.

“I think this challenge here is the first step in the right direction,” Cragun said.