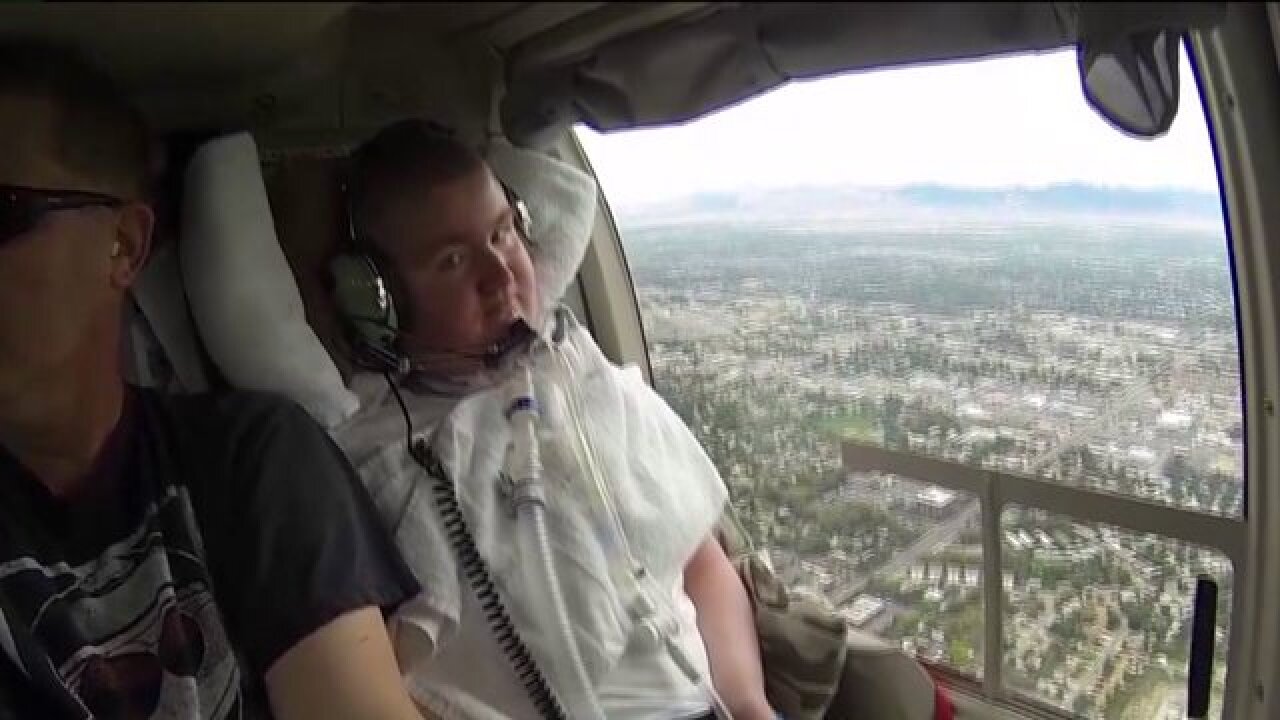 TOOELE, Utah -- Since he can remember, 18-year-old Sean Anderson has always wanted to fly.

It just seemed so impossible, with the ventilator and oxygen tanks he carries to keep him alive.

“Anything you do with Sean, any time he leaves home, it's like Hannibal crossing the Alps,” said his father, Eric Anderson. “All the stuff you have to take, the planning and logistics involved, it gets pretty crazy sometimes.”

Sean has muscular dystrophy and autism. His speech is limited, but that didn’t stop him from clearly expressing his wish.

“He wanted to take a helicopter ride and a case of Mountain Dew, so he's going to get both,” Eric Anderson said.

The flight from Tooele to the landing pad at the University Hospital posed many challenges and took nearly a year for AirMed and the Make-A-Wish Foundation to plan.

“Sean is hooked up to a ventilator to help him breathe, and he does need to be connected to oxygen as well, so what better place to put him to make his wish come true than in an AirMed helicopter where we have the oxygen available and resources available to be able to take care of him,” said AirMed Outreach Coordinator Nathan Morreale.

Sean summed up the entire flight in a single word: “Good."

See the video above for interviews with Sean and his family as well as footage from the flight.