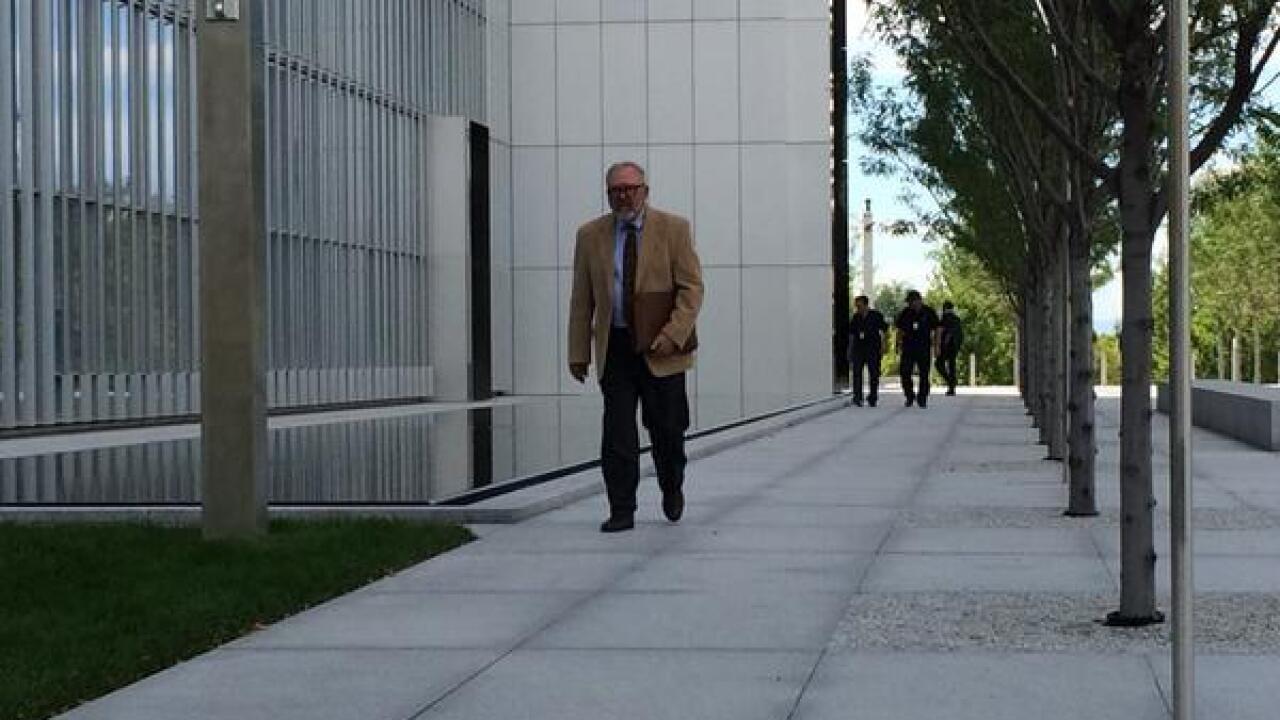 SALT LAKE CITY — A federal judge has ordered the FBI to investigate whether or not an agent intimidated a witness into not appearing in a trial about evidence from the Oklahoma City bombing.

The judge set a hearing where he demanded that the agent and others appear to answer whether they told a witness who knew convicted bomber Timothy McVeigh not to appear in court or “forget” what he may have known.

“The proceeding is going to document whether or not there was any inappropriate contact with Mr. (John) Matthews,” U.S. District Court Judge Clark Waddoups said. “No one is being accused at this point other than the question has been raised. He’s being given the opportunity to answer that.”

Matthews was a no-show at Jesse Trentadue’s trial over evidence in the 1995 bombing that killed 168. Trentadue said Matthews was an undercover government operative who infiltrated right-wing militia groups.

Waddoups appeared unhappy that the FBI had not done enough to thoroughly vet the allegation of witness tampering. The FBI insisted it was baseless and dismissed it as a “conspiracy theory.”

In a testy back and forth with the judge, the lawyer for the FBI insisted that no threats had been made.

“This is a very serious allegation and we don’t think it’s appropriate to bring in an FBI agent who had nothing to do with this case, and subject him to accusations he has committed misconduct,” FBI attorney Kathryn Wyer told the judge.

“Doesn’t the FBI want to put a person on the stand and have him tell his side of the story?” Judge Waddoups replied.

Waddoups peppered the FBI’s attorney with questions about what the agency did to document contact with Matthews. FBI attorneys objected, saying the agent merely answered the phone and dealt with Matthews like any other call that comes in.

Wyer insisted there was no credible evidence, but the judge demanded the FBI do more — including bring the agent in to testify, if necessary.

“Bring him in and let’s put an end to it,” Waddoups said. “If there’s some credibility to it, that’s what I want to find out.”

Outside court, Trentadue told FOX 13 he was skeptical the FBI would thoroughly investigate.

“My concern is that the FBI is investigating itself, and I don’t think that’s a good idea, but I don’t know what else you’d do,” he said. “The judge, he’s charged the defense council Department of Justice lawyers with overseeing it, too, so that’s good.”

Jesse Trentadue is suing the FBI for access to evidence that the agency claims it does not have, namely a videotape that purports to show convicted bomber Timothy McVeigh pull up in front of the federal building in Oklahoma City and walk away. Trentadue claims the tape shows a person with him.

Trentadue filed a wrongful death lawsuit against the FBI involving his brother, whom he claims was beaten to death during an interrogation when he was mistaken for a bombing co-conspirator.