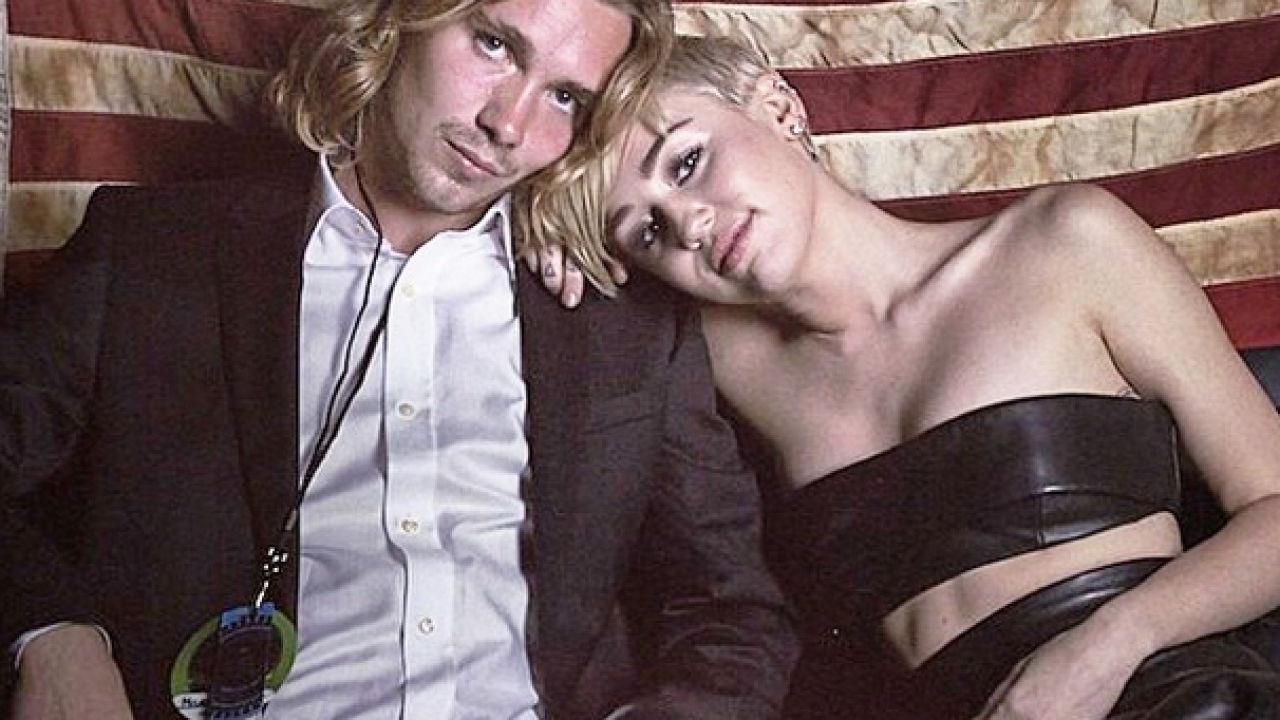 LOS ANGELES (CNN) — You could call it “the year of the rear” at the 2014 MTV Video Music Awards, although last year’s chief twerker chose a higher path.

While Nicki Minaj and her collaborators paid tribute to their assets with song and dance, Miley Cyrus stood offstage and watched as a young homeless man accepted her best music video award.

These might have been the most memorable moments of the night if not for Beyonce and her daughter Blue Ivy stealing the show.

Here are four highlights from the show at the Forum in Inglewood, California, on Sunday night.

1. Beyonce and Blue Ivy steal the show. Beyonce’s 2-year-old daughter gave her own performance while sitting in her father’s lap and watching her mother onstage Sunday. Blie Ivy’s facial expressions and hand gestures suggested she inherited the music gene.

Blue Ivy applauded her mommy as daddy Jay-Z carried her onstage at the end of Beyonce’s 16-minute performance. Jay-Z handed his wife the MTV VMA’s Michael Jackson Vanguard Award, while declaring that she was “the greatest living entertainer.” Blue Ivy is heard saying “Mommy!”

“I’m so full,” Beyonce said, as the audience began chanting. “I have nothing to say, but I’m filled with so much gratitude.”

The family hug that followed could be one of the most loving and memorable moments ever on the VMA stage.

Even the stars were struck by Beyonce’s daughter. Katy Perry tweeted: “OMG BLUE IVY JUST PERSONALLY WAVED AT ME. MY LIFE IS OVER.”

2. Miley Cyrus is the adult in the room. A year after she sent tongues wagging with a provocative dance with a teddy bear, Cyrus was more like Mother Teresa when her “Wrecking Ball” video was chosen the best of 2014. She stopped short of the stage, instead sending a young man who identified himself as “Jesse” to accept the moon man trophy “behalf of the 1.6 million runaways and homeless youths in the United States who are starving, lost and scared for their lives right now.”

“The music industry will make over $7 billion this year and outside these doors are 54,000 human beings who have no place to call home. If you want to make a powerful change in the world right now, please join us and go to Miley’s Facebook page. A dream you dream alone is only a dream, but a dream you dream together is reality.”

Cyrus later posted an Instagram photo with Jesse, calling him “my favorite dude ever.”

3. They like big butts. Nicki Minaj set the tone early with her “Anaconda” performance and again when “Bang Bang” collaborators Ariana Grande and Jesse J joined her onstage. The choreography, costumes and lyrics paid tribute to ladies who have plenty to shake. Minaj returned later in the show for a brief cameo during Usher’s performance in which he bumped her rump while also strumming a bass guitar.

The only diversion from the theme was an accident, when Minaj suffered an apparent wardrobe malfunction that threatened to expose her upper front. She survived with her dignity — such as it is — by clutching the rebellious garment for the remainder of the song.

The snake that bit a dancer during a VMA rehearsal was not used in Sunday’s show.

4. Moment of silence for Michael Brown. The 2014 VMAs did not ignore what’s been happening in Ferguson, Missouri, over the past two weeks since a police officer shot and killed an unarmed black teenager. The rapper Common took the stage to address it.”The people in Ferguson and St. Louis and communities across the country have used their voices to call for justice and change to let everyone know that each and everyone of our lives matters,” Common said.

Saying that hip hop has always been about truth and has been a powerful instrument of social change, Common led the Forum in a moment of silence “for Mike Brown and for peace in this country and in the world.”

The MTV broadcast also included a 15-second public service announcement that featured the “Hands up! Don’t shoot!” chant of the Ferguson protesters.