Suspect in SWAT standoff in Magna in custody 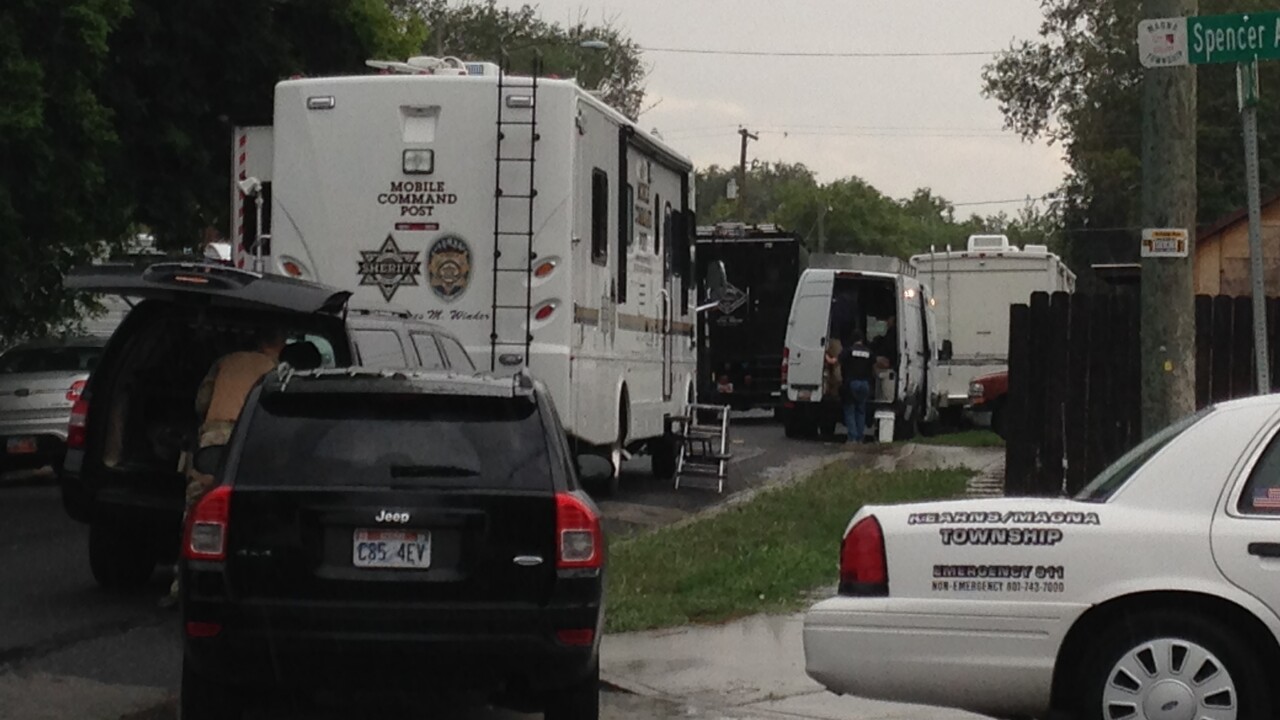 MAGNA, Utah – SWAT personnel responded to a home in Magna where a suspect had barricaded themselves inside, and nearby homes were evacuated as police communicated with the suspect–who was eventually taken into custody.

Det. Ken Hansen of the Unified Police Department said homes near a residence at 2278 S. Cyprus Grove Circle were being evacuated.

Hansen said an officer observed a wanted individual and went to make an arrest around 2:30 p.m. The suspect ran inside a home, and since the suspect has a history of weapons police did not follow.

Officials said the suspect and another adult were in a front yard with an 8-year-old child but ran inside when the officer approached, leaving the child outside. That child was taken into police custody. Officials said it was not clear what relationship exists between the child and the adults who went inside the home when police arrived.

SWAT personnel responded to the scene and communications devices were used to facilitate negotiations. Around 5:00 p.m., residents reported hearing a flash bang go off, and around 5:30 p.m. police stated two adult males and an adult female had come out of the home and were being interviewed. Police stated just before 7 p.m. the barricaded suspect had been taken into custody and that there had been no injuries in connection with the incident.

The name of the suspect has not yet been released. FOX 13 News will have more information as it becomes available.