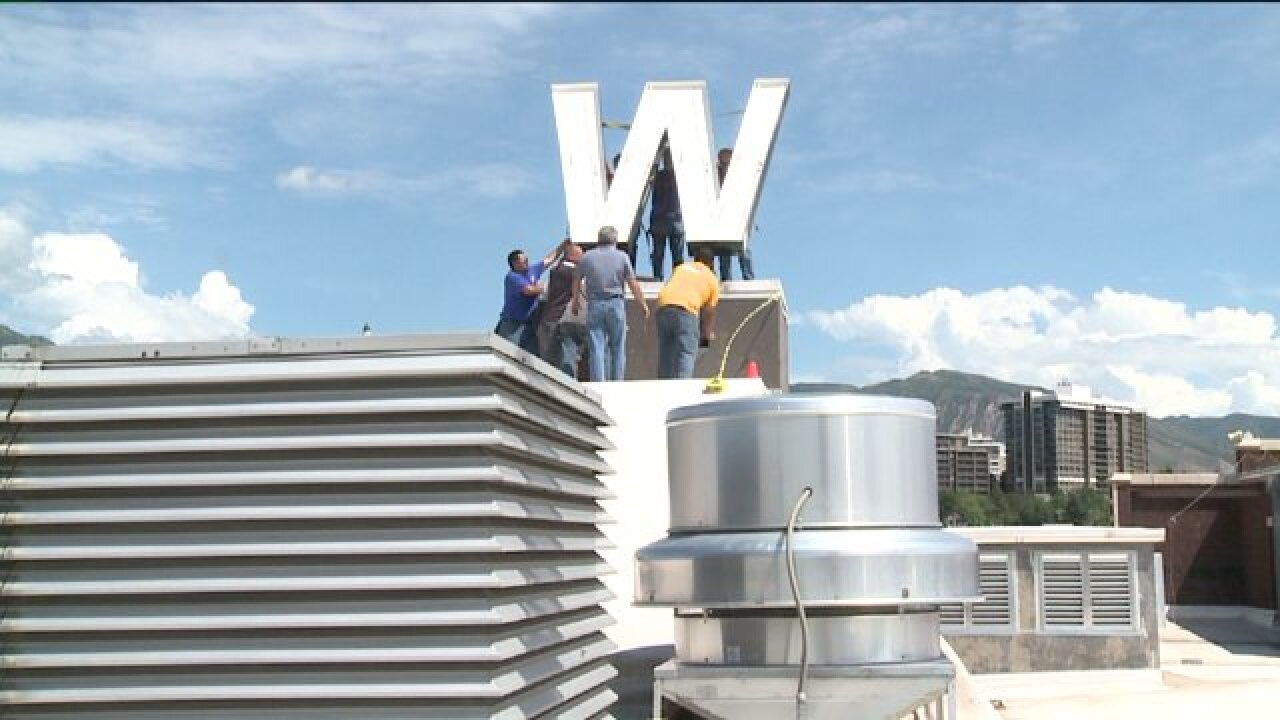 It’s a neon "W" that will light up at night and during football games, but the new sign has an interesting back story.

“There were 24 letters, this was the only one that survived,” Coley said.

Coley didn't know what to do with the big “W”, but it had too much sentimental value to just throw away.

“I've had it for probably six or seven years,” he said.

And all these years later, it was found in a scrapyard by an antique collector.

“I just have a mad love for vintage signs,” Terry Bayerlein said. “I'm always on the lookout for things like that. And I happened on Rainbow Signs and went to the back lot, because that's usually where the fun historical stuff is. I thought, this has got to be from the Walker Tower.”

Once Bayerlein found out it was the Walker “W” -- she thought it should be re-purposed and put on top of West High School, in the shadow of the building it came from.

“I think this is another way to save another little piece of Utah history,” Bayerlein said.

The sign company volunteered to put the letter on the high school just in time for the new school year.