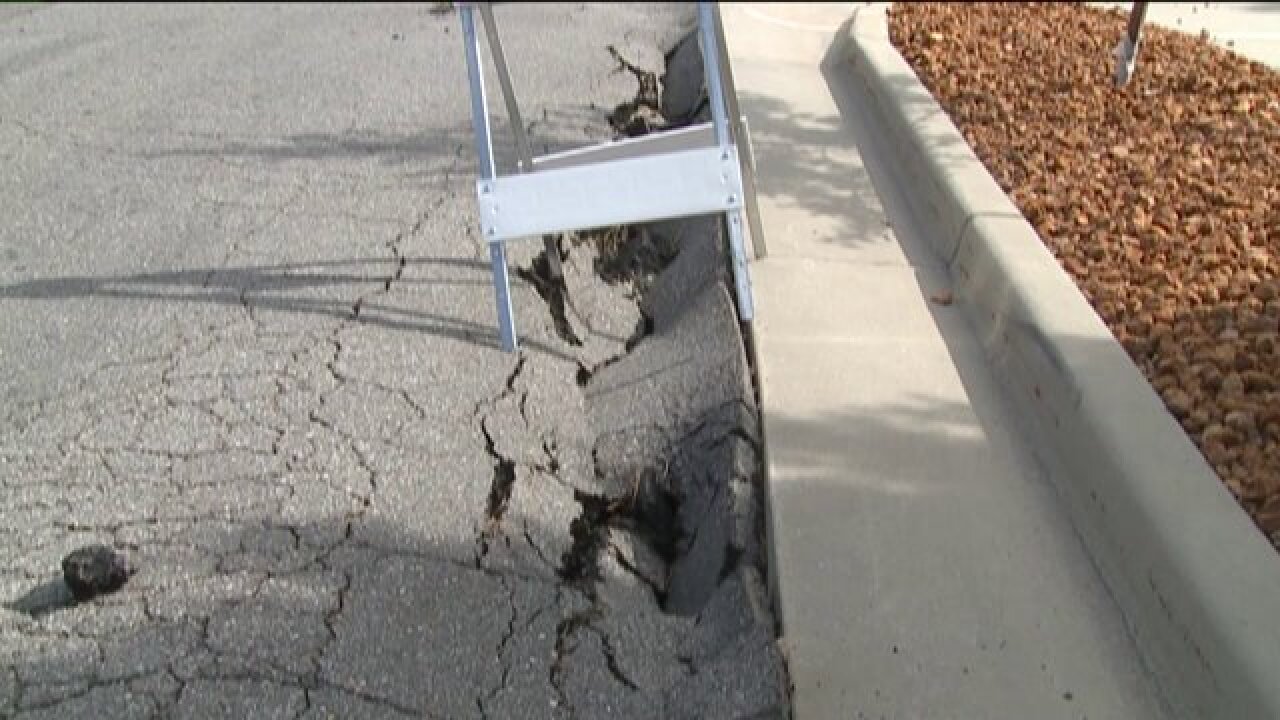 PLEASANT VIEW, Utah -- One of Pleasant View’s busiest corridors has been closed, causing a number of detours.

A rainstorm on Aug. 6 caused 500 West to shut down after the infrastructure was severely damaged.

“All of the water instead of coming up above the road or staying in the pipe as it should, it went between the asphalt and the road base and created all these voids and crevices,” said Melinda Greenwood, Pleasant View City Administrator.

“In the light of day we got up here and assessed the situation and just thought it’s not safe to have traffic up here because in essence there is just nothing holding the asphalt up because in areas the road base is washed away,” Greenwood said.

Detour signs have sprung up all over the city.

The damaged roadway is also the main route for a gravel company that operates in the city. On any given day upwards of 200 trucks are rolling up and down the street.

Those trucks have now been diverted to residential streets not designed to handle them.

“It rattles the house -- you can hear it in the house, it wakes us up in the morning,” said resident Mark Heiner. “They start really early about six in the morning and every 5 to 15 minutes.”