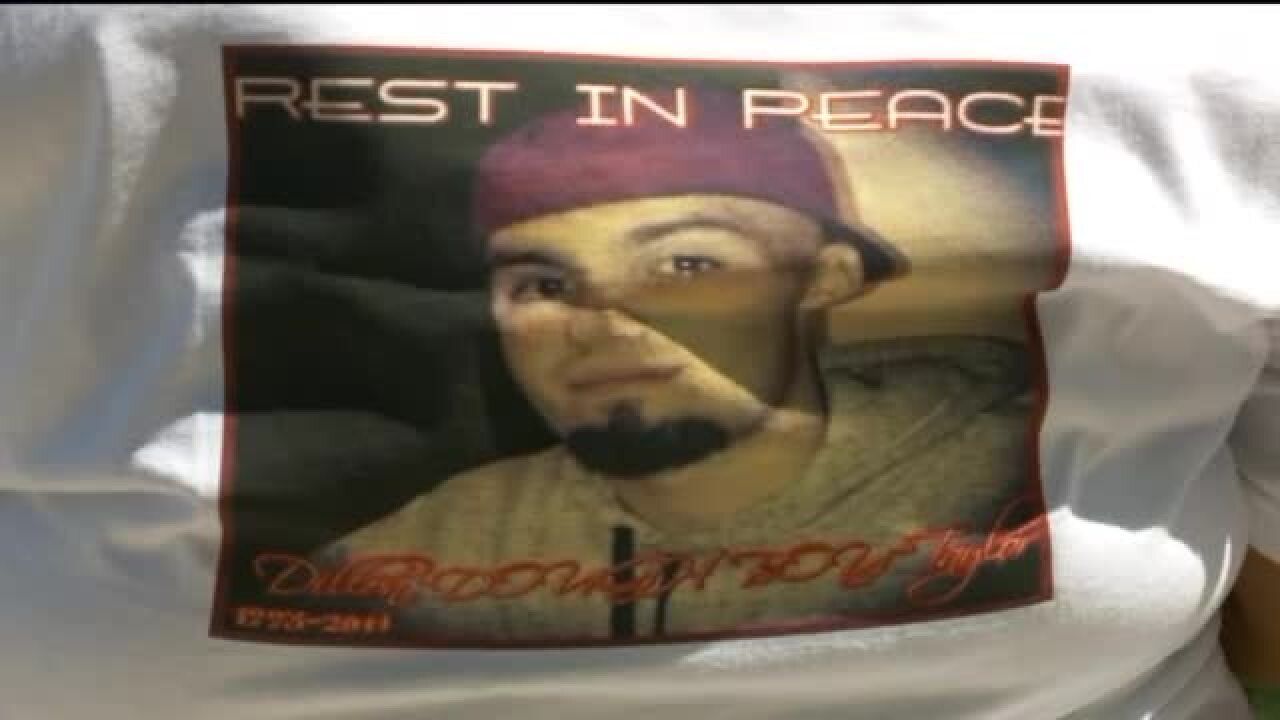 Dillon Taylor was shot and killed outside a 7-Eleven Aug. 12.

While the family grieved, other members of the community gathered in protest outside of the Salt Lake City Police Department.

Throughout the afternoon approximately 30 protestors marched back and forth outside the police department demanding justice for Taylor. Many of those people say they also lost loved ones at the hands of law enforcement.

“Peace is what we really want, we want the shootings to stop, we want something to change and we need it to change now,” said Aaron Swanenberg, a friend of Taylor’s.

Many of these protestors carried signs for their own loved ones.

“I was one of the many people who thought police could do no wrong until they shot my brother, and it was murder,” said Marlee Kanosh.

She is referring to Cory Kanosh, who was shot and killed by a Millard County Sheriff’s Deputy in 2012.

“You can’t turn on the TV without hearing something about the Ferguson shooting, but we’re battling this same fight here at home in Utah,” Kanosh said.

Scott Simons’ daughter Kelly was killed by Utah Law Enforcement in 2013. Both Kanosh and the Simons shootings were deemed justified.

The name, Danielle Willard, was bared across signs as well Monday.

She was shot and killed by West Valley City Police in 2011. That shooting was deemed unjustified.

"The reality is Melissa Kennedy, Danielle's mother, isn't getting any more satisfaction than we are, she is going through hell," Simons said. “This is a uniting thing with the people because the pain unites us and it doesn’t go away.”

“You know it’s a little discouraging when you see so many people show up for a dog being shot rather than a young man who wasn’t even 21-years-old,”  Simons said.  “You know a person is more important than an animal and this is a tragedy.”

A second rally will be held for Taylor, as well as Mike Brown, from Ferguson, Mo., Wednesday at 7 p.m. outside the Federal Court House on State Street.