Pit bull recovering after being shot by an arrow, officials say 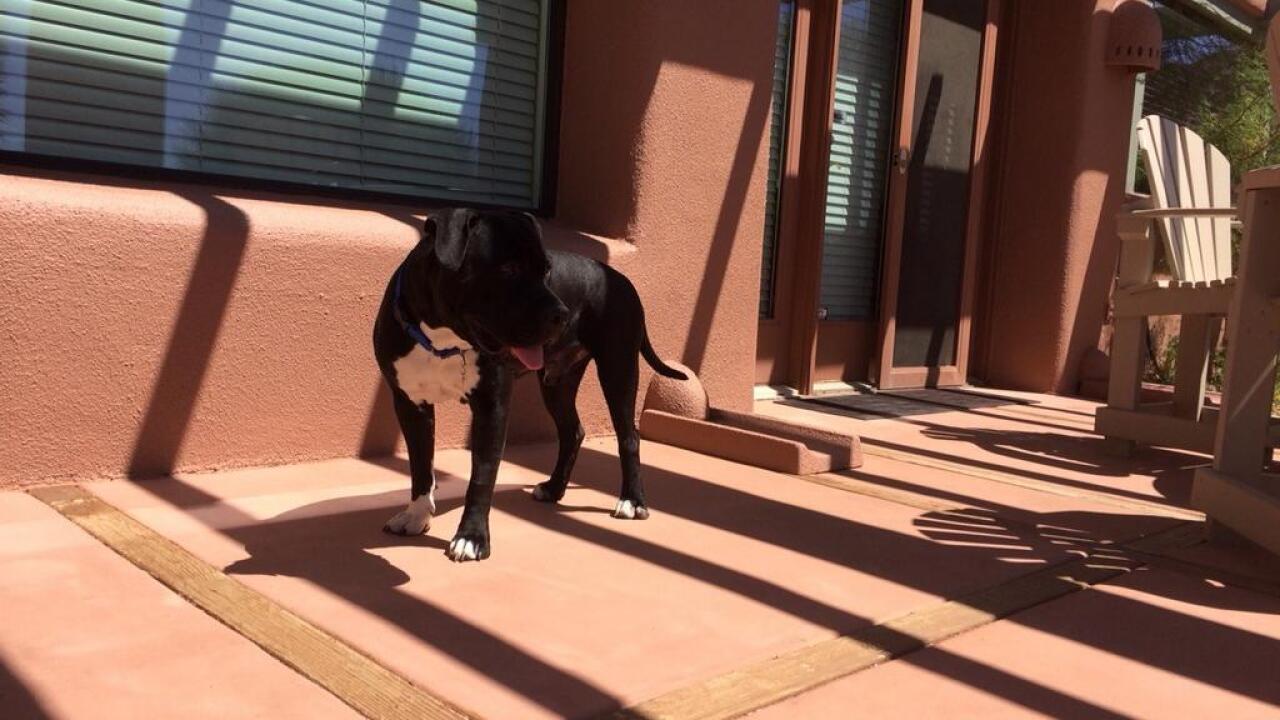 It’s the third time an animal has been injured with an arrow or dart this year. Now the Humane Society is offering a reward for information.

The deputy found the dog, dubbed the name “Sarge,” wandering on Old Highway 91 with a gaping wound. At first animal control officers thought Sarge had been shot with a gun, but veterinarians confirmed it was an arrow.

Vets also say they think he’d been wandering for close to 10 hours after he was shot.

“It nicked his intestines in three places,” said Ivins Animal Shelter director Aggie Smith. ”And the fascia, that holds your organs together, was torn and part of his pancreas.”

After three hours of surgery, Sarge was placed with a foster family to recover. There’s still a chance of infection, but Ivins resident Betsy Kolb said she was glad to take Sarge in.

“There’s no excuse for leaving a dog out there, or any kind of animal,” Kolb said. “It makes me really angry.”

Sgt. Dave Crouse, spokesman for the Washington County Sheriff’s Office, said detectives are following up on leads trying to find out, not only who left Sarge in the desert, but whether the arrow shooting was intentional.

“We’re not sure what the intent behind it,” Crouse said. “We’re not going to give much details at this time because it is under investigation.”

The Humane Society of the United States has pledged $5,000 for information leading to an arrest and conviction of the person responsible.

“Animals when they’re mistreated, I have no respect for the people who do it,” she said.

Sarge’s veterinary bills have been covered by the Fiends of the Ivins Animal Shelter Foundation. Individuals wishing to help are urged to contribute.