Sober driver arrested for DUI when deputy blows through stop sign, hits her 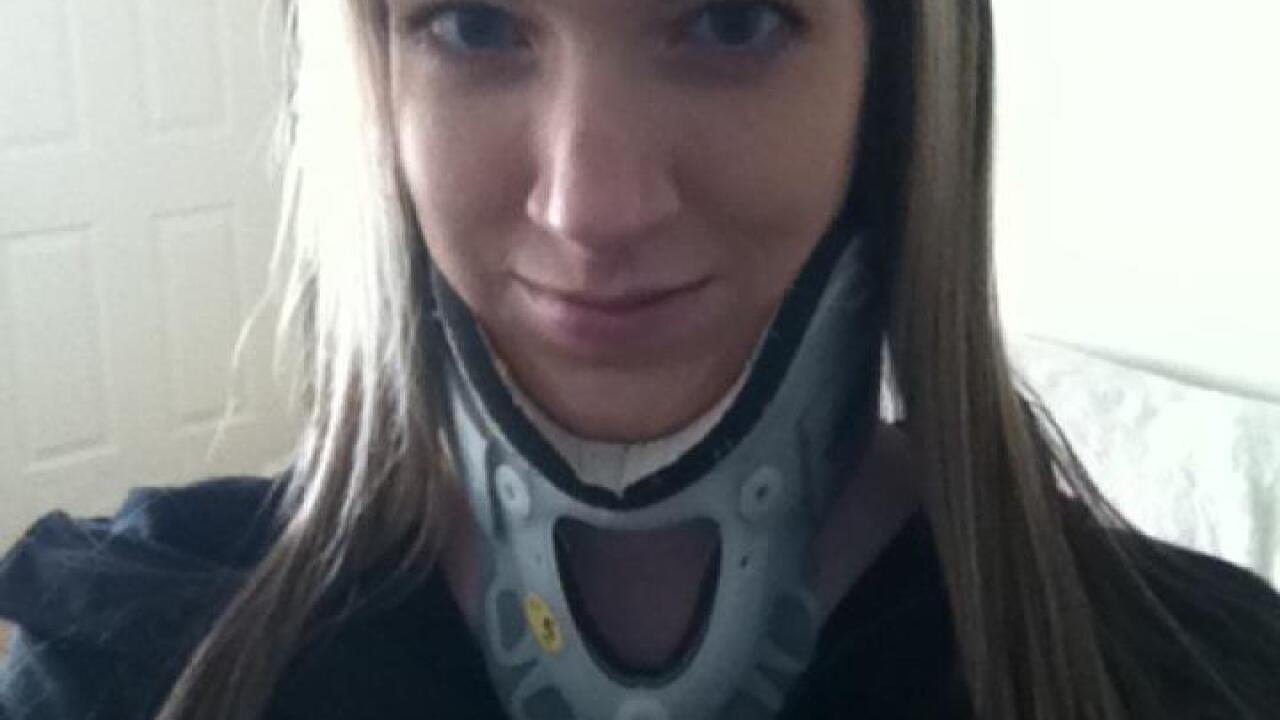 Tanya Weyker suffered a broken neck in the crash, but was arrested for drunk driving. Courtesy: Tanya Weyker, WITI

MILWAUKEE, Wis. – Officials said a 25-year-old woman was arrested for drunk driving after an officer ignored a stop sign and hit her.

WITI reported the woman was seriously injured in the accident and wasn’t able to take a breath test or field sobriety test.

So the officer arrested her for drunk driving anyway.

Tanya Weyker said those charges were held over her head for nearly a year after blood tests proved she was sober.

Milwaukee County Deputy Joseph Quiles was working the night shift at the airport in February 2013.

Officials said he pulled out into the street and t-boned a passing car, sending it spinning into a tree.

Weyker was behind the wheel.

Her neck was broken in four places.

As emergency crews were working on her injuries, officers started questioning her.

“One asked if I had anything to drink that night,” Weyker told WITI, “And I told them a few sips from a friend’s drink.”

In his official report, the deputy made a note that Weyker’s speech was slurred, she had a light odor of alcohol, and her eyes were red and glassy.

Tanya Weyker suffered a broken neck in the crash, but was arrested for drunk driving.
Courtesy: Tanya Weyker, WITI

The deputies report stated he stopped at the sign and then pulled out into the street.

However, a surveillance camera showed his car rolling through the stop sign without stopping.

According to WITI, that didn’t stop the county from sending threatening letters saying it would take legal action if Weyker didn’t pay for the damages.

But the was not dropped and she still faced charges.

MORE: Get more details on this story and this case from WITI