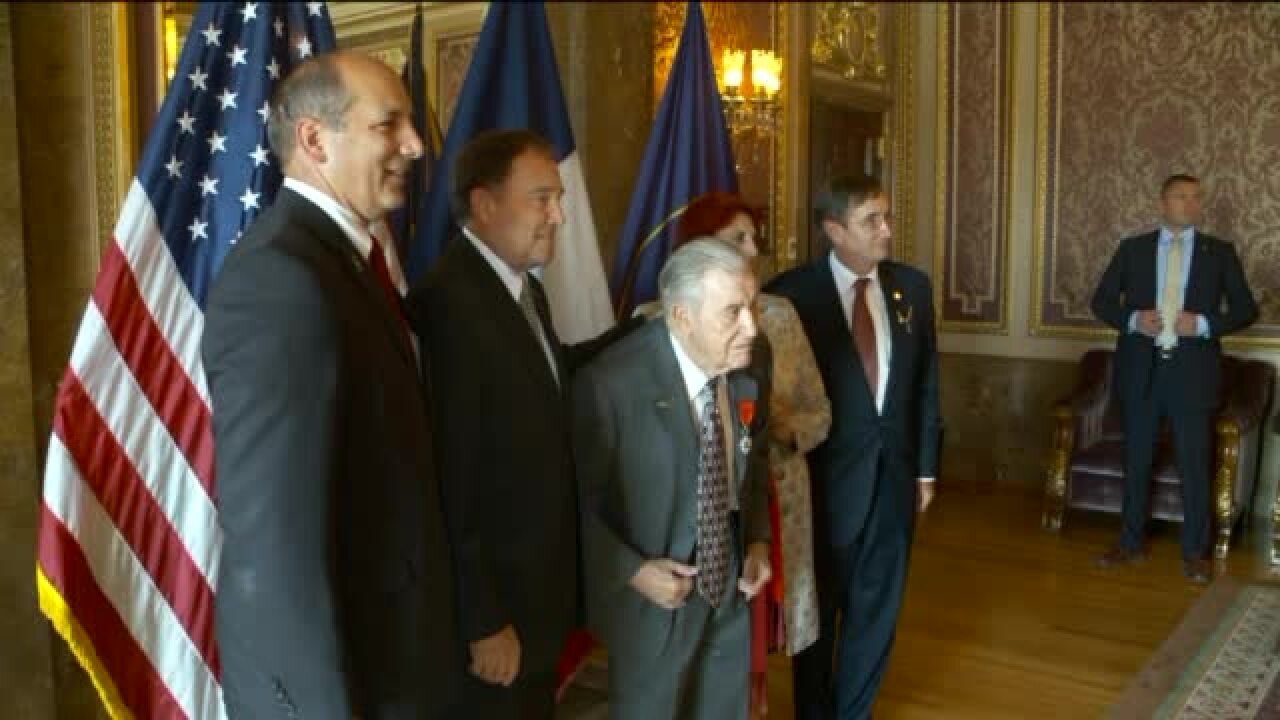 WEST HAVEN, Utah – A Utah veteran has been awarded the French Legion of Honor for the bravery he exhibited while fighting over French territory during World War II.

Staff Sgt. Dean C. Larson, now 90, was assigned to a B-17 bomber ball turret, and he participated in 33 missions during the conflict.

Larson was wounded after his plane was hit by anti-aircraft fire from German forces over Bordeau, France—and now France is officially showing its gratitude. Larson was awarded the French Legion of Honor in a special ceremony this week. The award was originally established by Napoleon Bonaparte.

"Staff Sergeant Larson served with distinction and honor throughout his military service, and I daresay, has continued that success ever since he left that military service.”

Larson said he appreciates the long-standing relationship between the United States and France.

He said: "France gave us that Statue of Liberty, and I've had a lot of love for that statue."

Marie-Helene Glon, Honorary Consul of France in Utah, conferred upon Larson the rank of Knight of the Legion, which is one of the five degrees of the Legion of Honor decoration. She said Larson is a hero.

"A hero, a hero who sacrificed in those dark times, helped liberate a continent, build peace, and uphold the right to be free,” she said.

Larson said he is proud to have served his country and to defend an ally.

He said: "It was a scary thing to think of all our men going to Normandy, and if they would be able to defeat the enemy… I was glad I was able to participate."