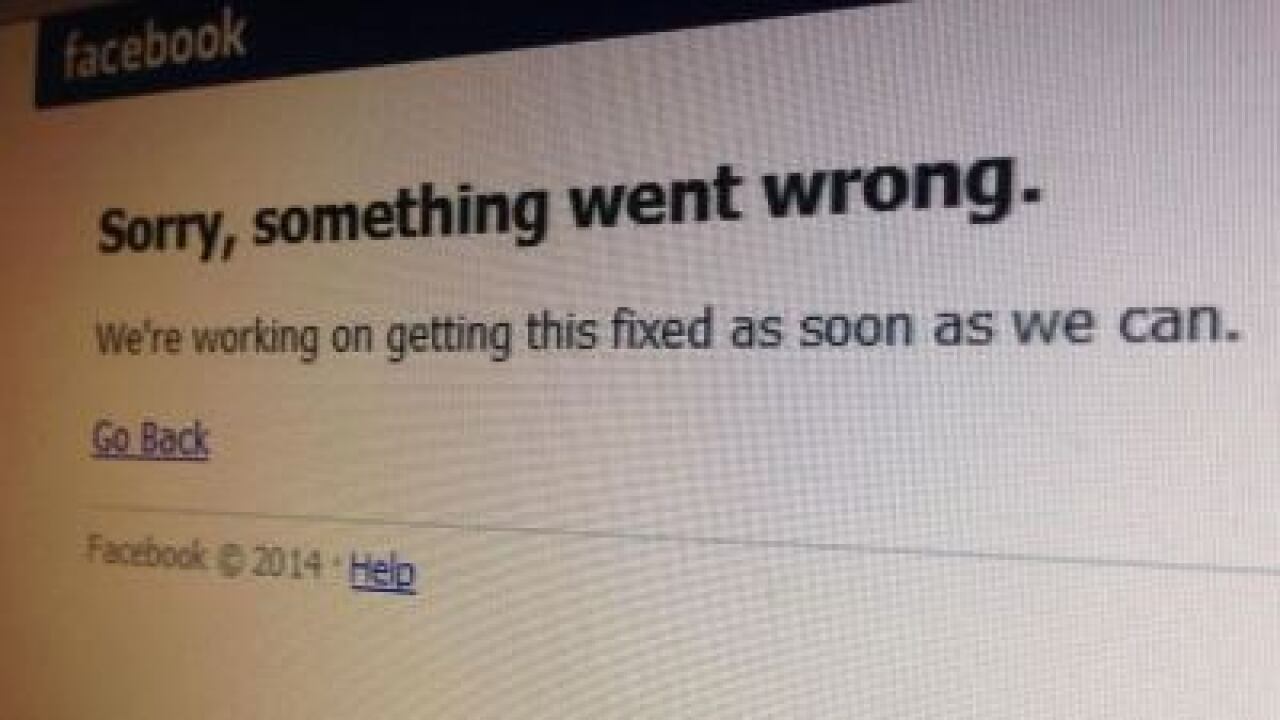 LOS ANGELES – Facebook was down for about 30 minutes Friday morning and officials said the 911 calls flooded their lines.

The Los Angeles County Sheriff’s office even tweeted about the incident, reminding the public the Facebook outage was not a public safety issue.

#Facebook is not a Law Enforcement issue, please don't call us about it being down, we don't know when FB will be back up!

@moneyries yes, we get calls all the time like this, cable TV, all sorts of things not working, they think we control.

However, a morning-shift watch commander at the Santa Clarita Station said he was unaware of any emergency calls Friday about Facebook.

Sheriff’s Department headquarters was also unaware of any 911 calls about Facebook, according to KTLA.

During the outage, most users reported seeing an error message when they tried to log on.

MORE: Get more on this story from KTLA