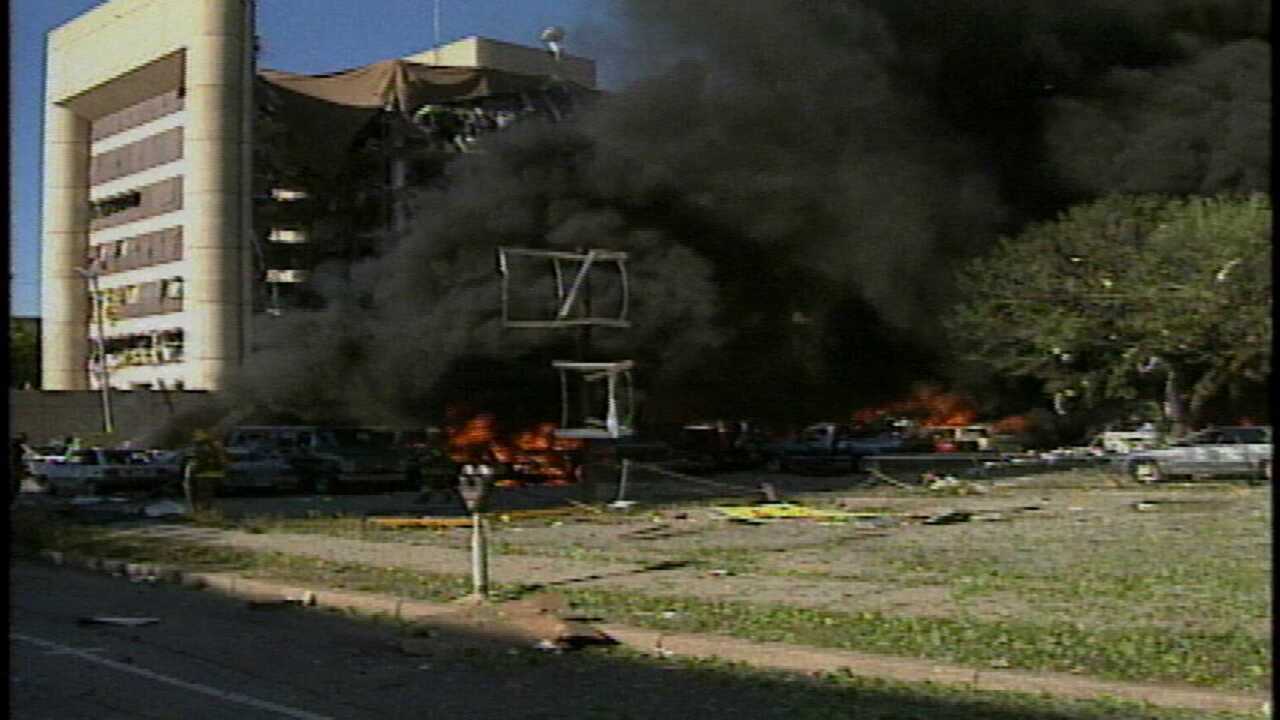 SALT LAKE CITY -- A trial over evidence and conspiracy theories from the Oklahoma City bombing wrapped up here, with a shocking twist.

As a trial over documents and videotape the FBI had from the 1995 bombing that killed 168 ended on Thursday, the man suing the federal government claimed one of his witnesses had been told not to show up -- or else.

Jesse Trentadue said John Matthews, whom he claimed worked as an undercover government operative in the militia movement in the 1990s, had been contacted by an FBI agent and told "it would be best if he didn't show up to testify."

"He was told he should take a vacation and that if he did testify he should suffer from a case of the 'I don't remembers,'" Trentadue told U.S. District Court Judge Clark Waddoups.

Trentadue told FOX 13 that Matthews had known convicted bomber Timothy McVeigh and worked for the government in an operation targeting the patriot militia movement known as "PATCON."

"He was part of an operation the FBI ran for a decade during the '90s where they would infiltrate, and it's questionable whether they incited the right wing," he told FOX 13.

Lawyers for the FBI denied the allegation and said it was Matthews who had contacted them asking how he could get out of testifying. Matthews could not be located to testify, they told the judge.

"This is a serious accusation," Judge Waddoups said.

He ordered the FBI agent who spoke with Matthews to appear before him next month in a hearing to ferret out the truth.

Lawyers for the FBI left the federal courthouse refusing to comment to FOX 13.

The accusation came as the trial over Oklahoma City bombing evidence wrapped up. Trentadue is suing the FBI for a videotape he claims shows a Ryder truck pulling up to the Alfred P. Murrah Federal Building on the morning of April 19, 1995, pulling into a stall and two people walking away from it.

"It shows two people at the scene and the government says it only shows one," Trentadue said. "McVeigh and I suspect that second suspect may be one of their undercover guys."

Trentadue filed a Freedom of Information Act (FOIA) request for the evidence and when it wasn't produced, he sued. The FBI insists the videotape simply does not exist. On Thursday, they called three retired FBI agents who worked the Oklahoma City bombing investigation to the witness stand who each insisted no such tape existed.

To bolster his case, Trentadue introduced into evidence an FBI lead sheet that had been heavily redacted. It claims that the ATF and FBI had "prior knowledge of the bomb" and the agencies had attempted to set up a "sting operation and did not take the bomb threat seriously."

An investigative file from the Oklahoma City bombing entered into evidence in a FOIA trial over unreleased video in the 1995 bombing that killed 168.

The trial stems from Trentadue's overall case against the government over the death of his brother, Kenneth. In 1995, he was picked up in Oklahoma on a parole violation. Jesse Trentadue alleges his brother was mistaken for an Oklahoma City bombing co-conspirator and beaten to death during an interrogation.

The FBI insists Kenneth Trentadue hung himself in his prison cell.

"The government spent 20 years and who knows how much money to cover up this ugly story," Jesse Trentadue told FOX 13. "And the ugly story is there is no doubt the FBI knew at least four months in advance the Murrah Building was going to be bombed and didn't stop it."

Judge Waddoups took Jesse Trentadue's FOIA lawsuit under advisement. A ruling is expected by the end of the year.