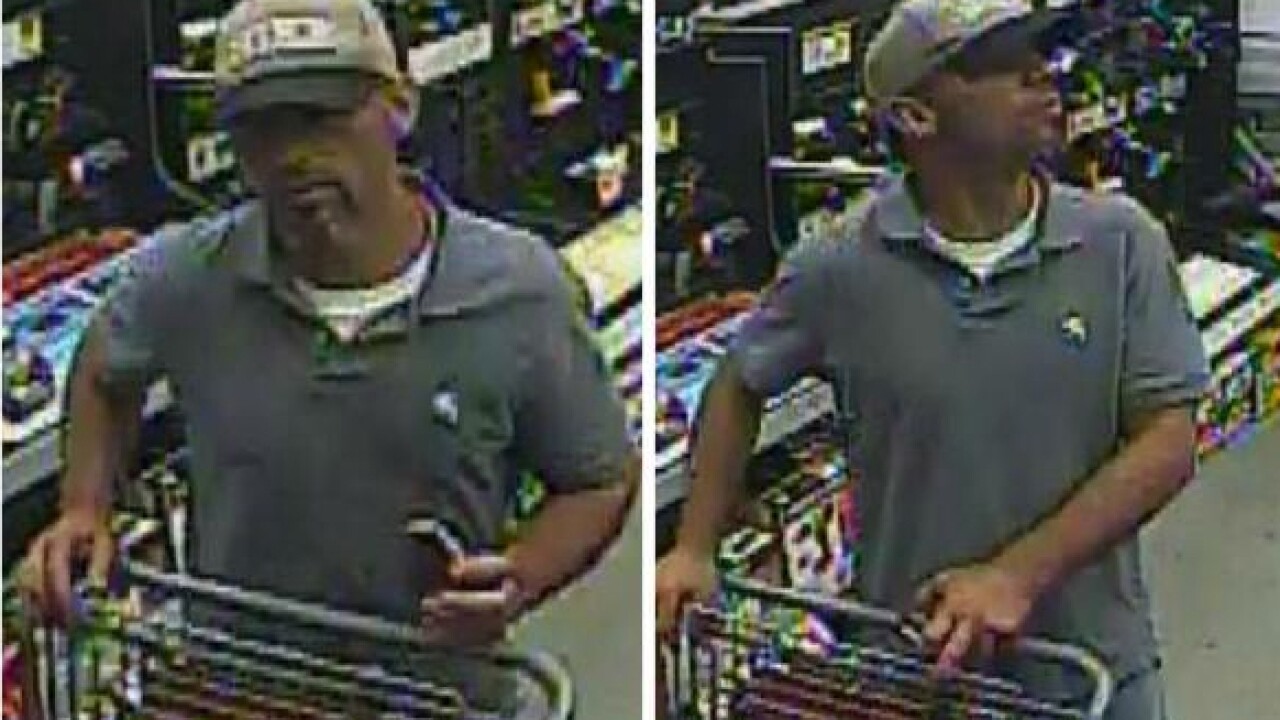 WEST VALLEY CITY, Utah – Two golfers who parked their cart behind a small hill before going to make their putts returned to find their cart and their possessions gone.

Police officials said the golfers, who were at Stonebridge Golf Club when the incident occurred in late June, later found the golf cart in a tunnel on the course, but their belongings, which included keys, credit cards, golfing equipment and wallets, were gone.

The suspect allegedly used the credit cards that were stolen to purchase power tools at a Lowe’s in West Valley City. Roxeanne Vainuku, a public information officer with West Valley City Police Department, said officials believe this was a crime of opportunity.

“The detectives think that this person had probably pulled up along the street next to the golf course and had actually waited for someone to leave their golf cart and looking for that prime opportunity to get on there and steal the items that were left behind,” she said.

The suspect is pictured in the surveillance footage stills above.

Vainuku said the possessions stolen from the cart amount to thousands of dollars worth of property.

Witnesses in the area reported seeing a maroon, four-door Toyota Tacoma of a model from 2005 or later. Anyone with information about the crime or the suspect is asked to contact police at 801-840-4000.