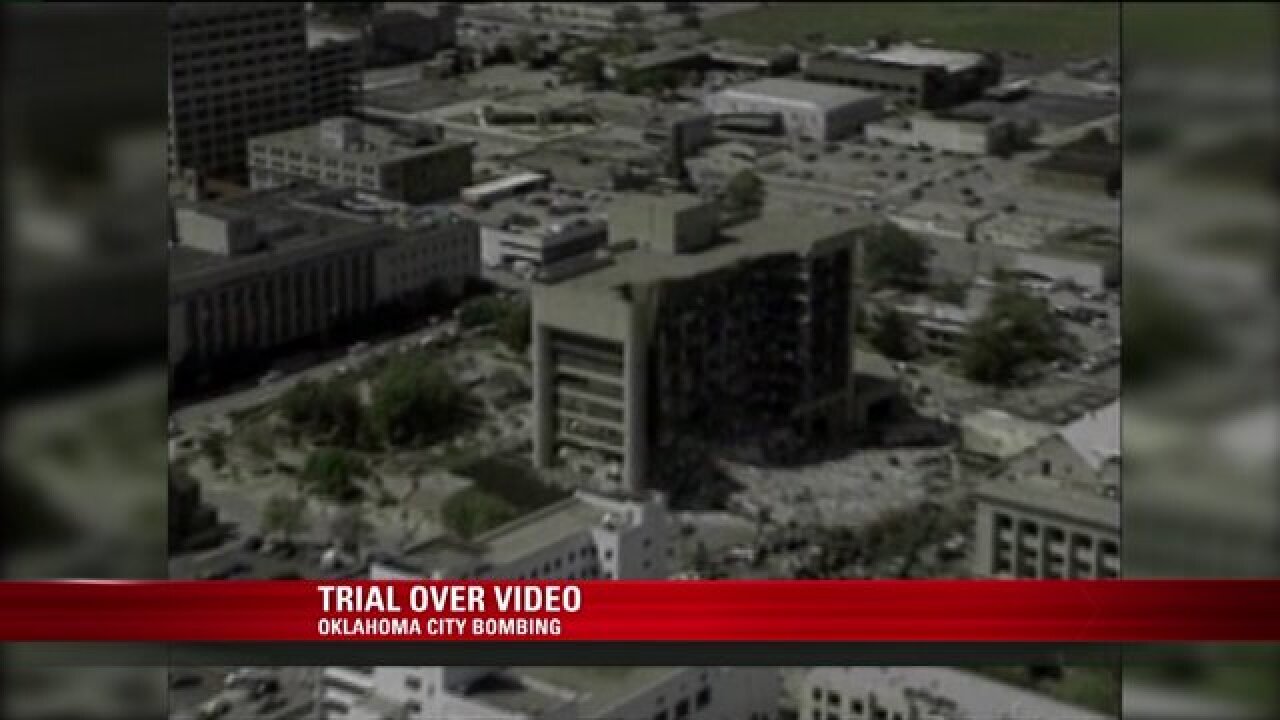 SALT LAKE CITY -- A trial has opened in Utah over documents and videotape of the 1995 Oklahoma City bombing, and whether the FBI is refusing to hand it over.

Jesse Trentadue, who claims his brother was killed in an interrogation by federal agents when he was mistaken for a bombing co-conspirator, is suing for the records.

The 1995 bombing at the Alfred P. Murrah Building in Oklahoma City killed 168 people.

Trentadue claims his requests under the Freedom of Information Act (FOIA) for surveillance tapes from around the bomb site haven't been fulfilled.

He specifically referenced a tape that purports to show a Ryder truck pull up in front of the federal building on April 19, 1995, someone walking away, and then the bomb going off.

Trentadue claims it is being kept at FBI headquarters in Washington, D.C.

FBI witnesses testified that they did not believe such a tape exists.

"I don't have personal knowledge of it," testified Monica Mitchell of the FBI's Records Management Division.

He cited another document that claimed a "confidential source" said an FBI agent had attempted to sell such a tape for $1 million to a TV show.

Other witnesses said they investigated and found no truth to it.

The "OKBomb" file, as it is known, is so massive that it encompasses an entire warehouse near Oklahoma City.

But Trentadue insists the FBI did not query all its databases and never even viewed the tapes they did send him.

U.S. District Court Judge Clark Waddoups asked Mitchell, "Is it correct, in response to this, you basically did nothing?"

"We did nothing because we were confident in our search and what we located," she replied.

Trentadue made some stunning claims in trial.

He showed the judge a document he said alleges the "ATF and FBI had prior knowledge of the bomb which destroyed the Alfred P. Murrah federal building in Oklahoma City on April 19, 1995" but "did not take the bomb threat seriously."

In her testimony, an FBI official who handled the "OKBomb" evidence acknowledged that a tape of convicted bomber Timothy McVeigh's arrest was not in their custody.

Linda Vernon testified that she traced the chain of custody and the tape had been returned to the Oklahoma Highway Patrol.

Throughout trial, lawyers for the FBI insisted they provided everything to Trentadue. Judge Waddoups will ultimately decide if they did.

The case is part of a larger lawsuit Trentadue filed over the death of his brother, Kenneth, who was arrested in 1995 on a parole violation.

Jesse Trentadue said his brother had been beaten to death.

The Justice Department insists that Kenneth Trentadue committed suicide by hanging himself in his cell.

The trial is expected to wrap up Wednesday.