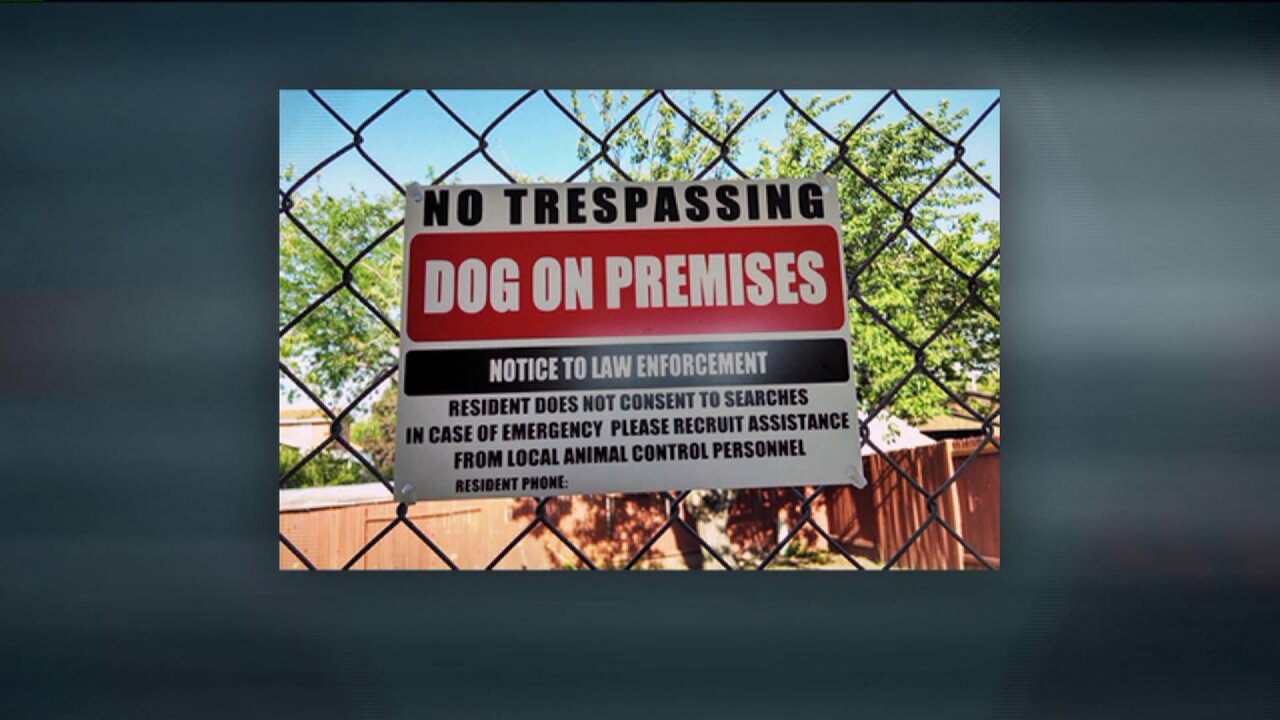 WEST VALLEY CITY, Utah -- On June 18 Salt Lake City police were looking for a missing toddler. While searching for the child an officer shot and killed a homeowner’s dog in its own backyard. There have since been rallies demanding justice for the dog named "Geist."

After hearing about Geist a West Valley City man who makes signs for a living took matters into his own hands to try to keep his dog and police officers safe.

“I had an idea for a sign that would inform law enforcement that there was a dog there and just kind of keep everyone safe -- the dog as well as the law enforcement,” said Chuck Roberts of West Valley City.

The sign not only warns that a dog is on the premises but also has a notice specifically for law enforcement reading: “Resident does not consent to searches and to contact local animal control in case of an emergency.”

“We wanted to make a sign that would make law enforcement aware of the fact that there is a dog on the premises without insinuating the dog is aggressive in anyway and also to let them know that all they have to do is contact the resident and they can avoid a big can of worms,” Roberts said.

But what if there's an emergency, an officer sees the sign and enters anyway. Would the sign hold up in court? We put that question to Salt Lake City defense attorney Greg Skordas.

“The sign has little or no affect at all on law enforcement, I wouldn`t expect it to. If officers fee like a child is missing or a person health or safety or something like that they`re going to enter a house and they`re going to conduct a search if they have probable cause,” Skordas said.

“I would say if there is something positive about this sign it at least provides officers with notification that there is a dog on the premises officers are required to give notification when they`re coming in and now I suppose you have a sign and it’s visible you can then claim you knew there was a pet on the premises and you should have taken some steps yourselves,” Skordas said.

You can find out more about the signs by going to www.protectmypooch.com.