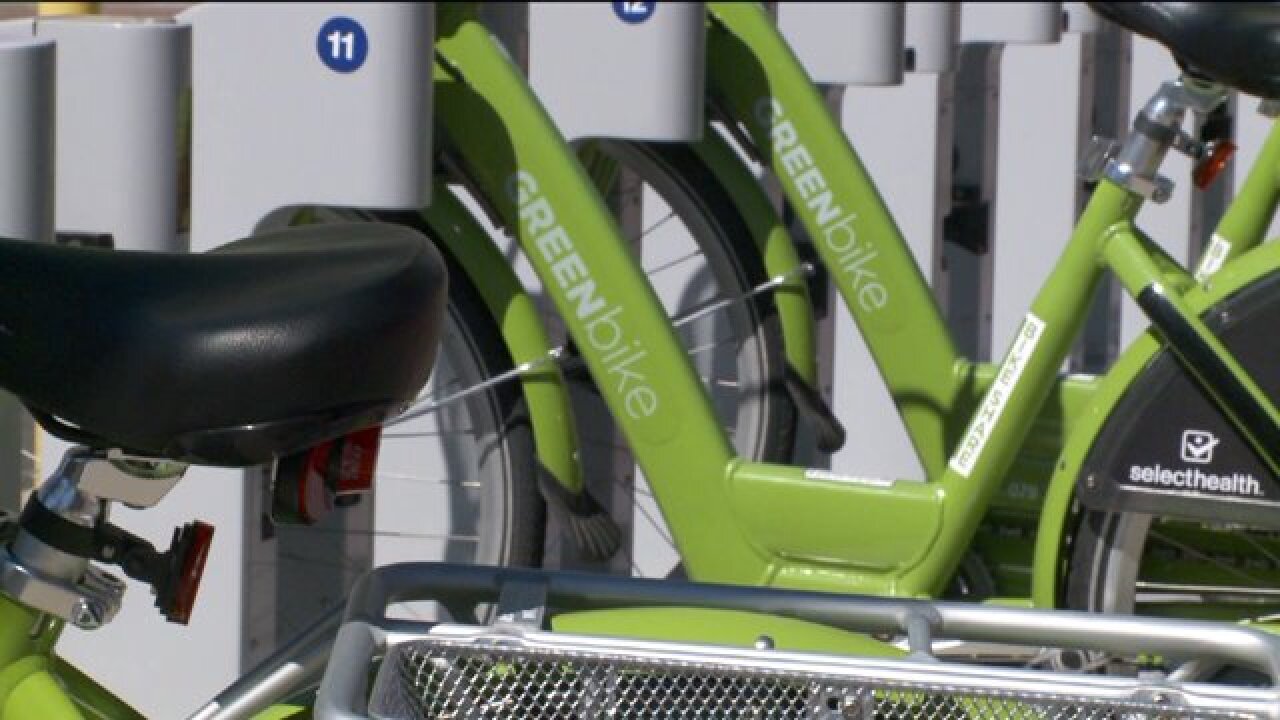 SALT LAKE CITY -- The Greenbike Share Program in Salt Lake City has been a big hit – so much so that big managers are expanding it.

As of this month the program has doubled and local businesses are shelling out big bucks to get a Greenbike station near their property.

“This has really been a slam dunk for us, by supporting Greenbikes it hits all the elements of our mission,” said James Soars withSalt Lake Brewing Company.

On any given day since April 2013 the Greenbike squatters station has been a high traffic stop.

“We really believe that the local community is making use of the bikes and also when there’s large conferences, conference goers are getting on the bikes and riding around and having a stop right next to our restaurant -- really pulls people into the restaurant and its really been a positive addition to the business,” Soars said.

This week the Bikeshare program announced a 100 percent growth. Not only are they adding eight new stations around town, they’re expanding six existing popular stations, like squatters.

“I’ll admit I was a skeptic when this thing started, and it has just taken off. People have really been excited about this. We’ve seen great participation level. It’s helped to improve the air quality, it helped to make people healthier,” said Jason Mathis, executive director of Downtown Alliance and a Bikeshare board member.

Even though Salt Lake City already has a large cycling community with their own bikes, Mathis said the Greenbikes appeal to a different audience.

The bikes have also become a benefit for downtown commuters as well.

“It’s great when I want to take TRAX downtown, which I do almost every day now. I’ve got an easy convenient way to get around, and don’t have to worry about hauling my own bike with me,” said Soren Simonson, Greenbike rider and former city councilmember.

On Tuesday the Downtown Alliance will make a big announcement regarding the future of the program.

For a map of greenbike stations visit: Https://www.greenbikeslc.org/home.aspx