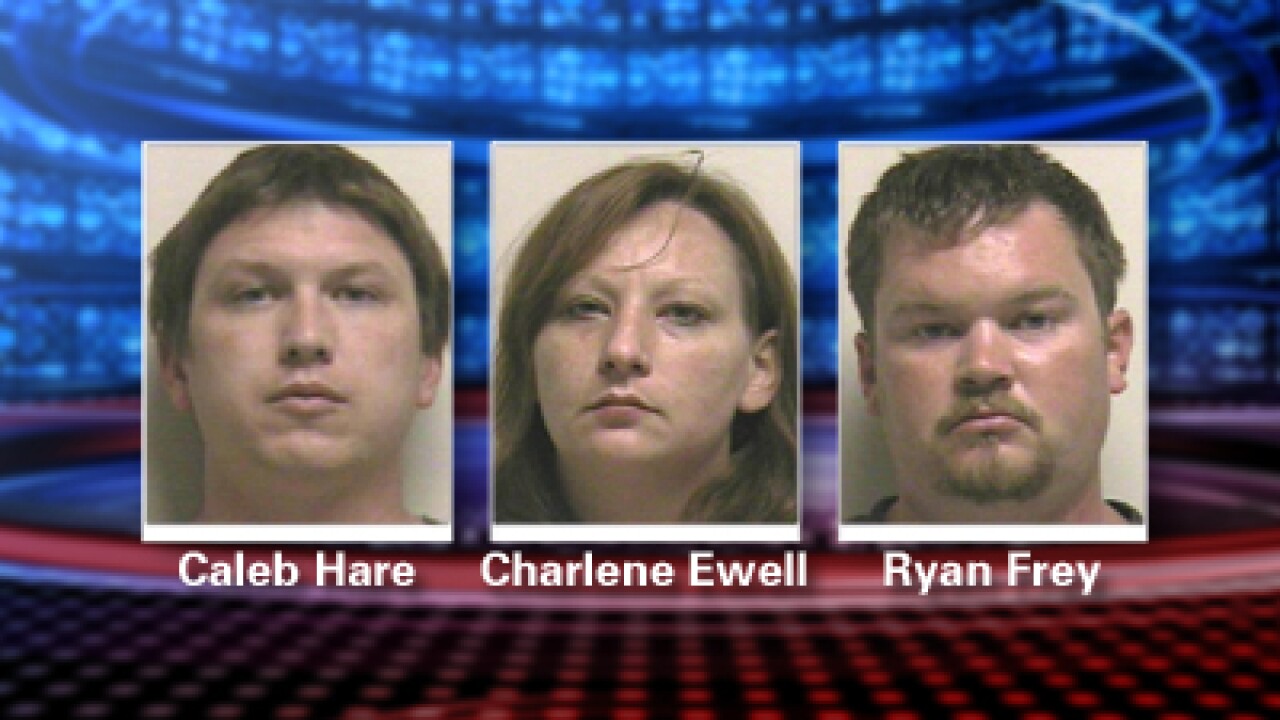 SPANISH FORK, Utah — Two men and a woman were arrested on drug charges and child endangerment after several pounds of marijuana and a 9-month-old baby were found during narcotic search warrant at a Spanish Fork home Monday night, officials said Tuesday.

At approximately 5:30 p.m. a search warrant was served at a home in the southwest part of the city where officers discovered an additional 26 pounds of marijuana along with drug paraphernalia, methamphetamine, mushrooms and ecstasy, according to the release.

A 9-month-old baby was also at the home and taken into custody by the Department of Child and Family Services.

The street value of the marijuana is approximately $35,000, according to the release.

Ryan Frey, 32, Charlene Ewell, 37, and Caleb Hare, 33, were booked into the Utah County Jail on several felony drug violations as well as one count of child endangerment.