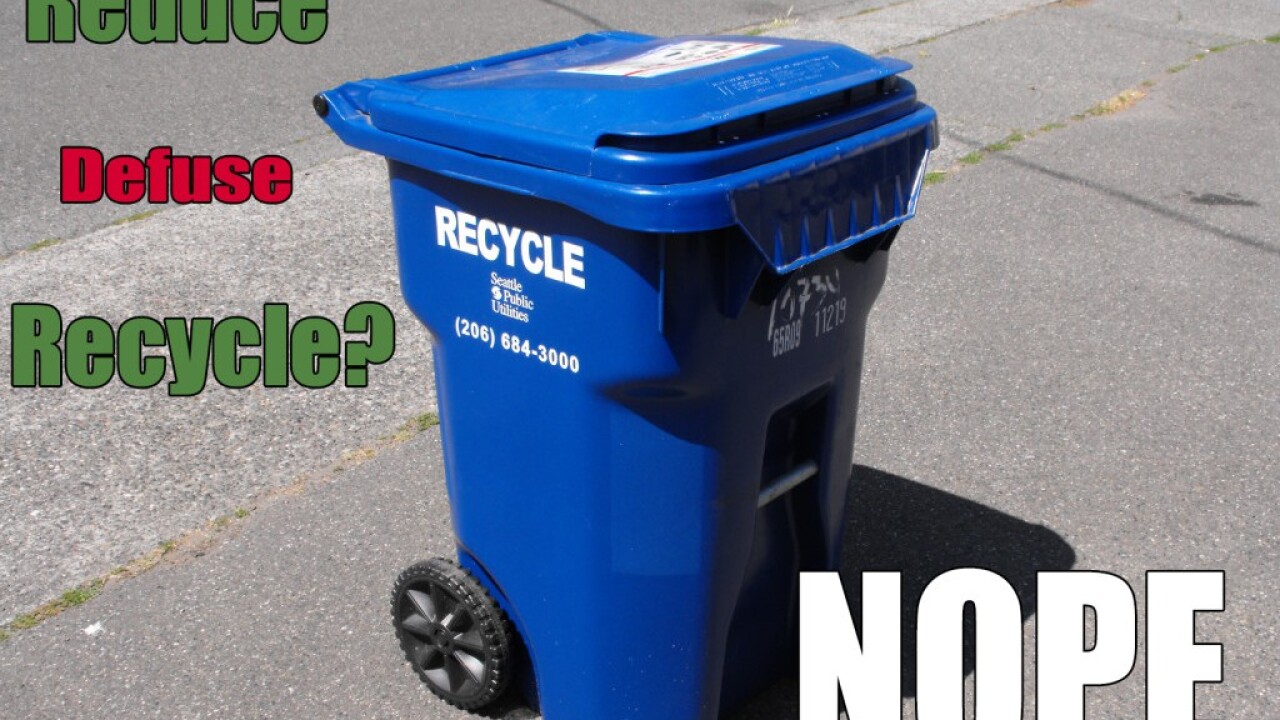 SEATTLE – In an effort to do their part and reduce their carbon footprint, a Seattle resident tried to recycle homemade explosives.

Seattle police said they were called to a local recycling facility Tuesday morning after someone found a suspicious box.

The bomb squad was called in and they quickly evacuated the building.

Q13 FOX reported bomb squad officials said the explosives were made out of fireworks.

They dismantled and disposed of them.