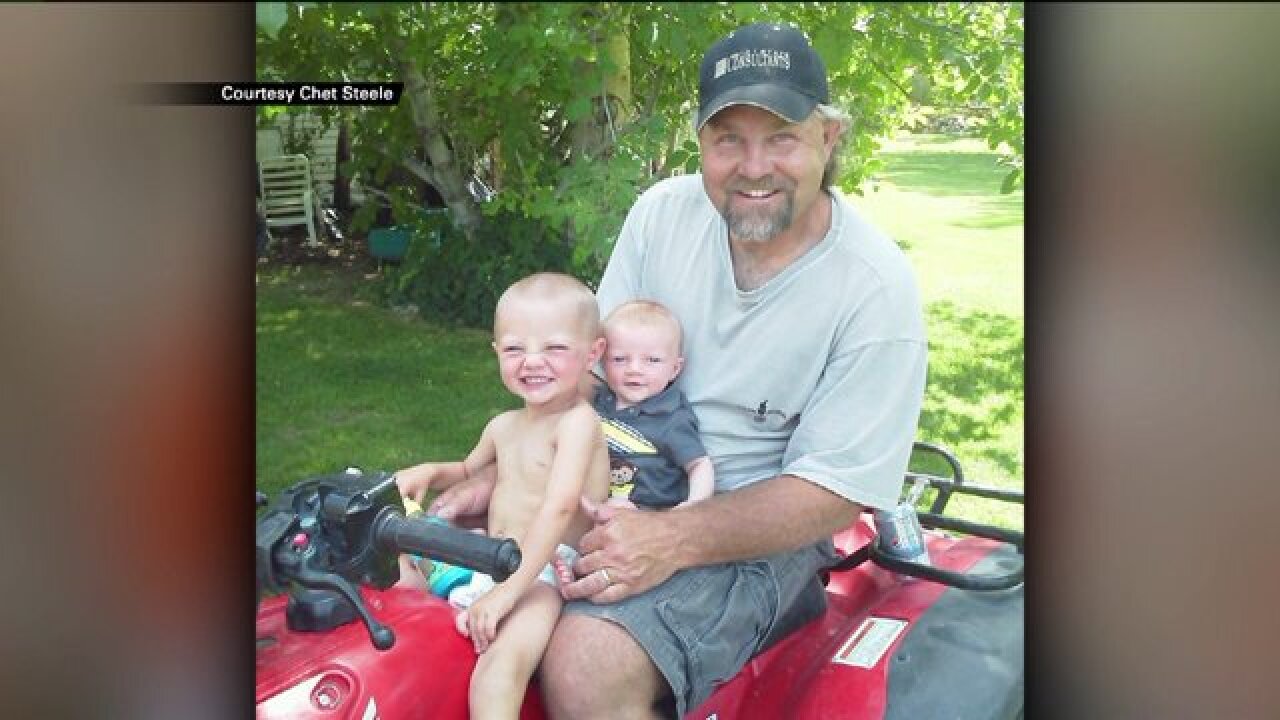 WARNING: While the footage below has been blurred to obscure the moment of impact and profanity has been edited, some viewers may still find the video disturbing. Viewer discretion is advised.

MILLARD COUNTY, Utah — A Nephi man was killed in Delta during Millard County’s demolition derby Friday, and on Saturday officials identified the victim.

The 40th annual Demolition Derby was part of Fourth of July festivities that took place at the Millard County fairgrounds, and according to a press release from the Millard County Sheriff’s Office, 50-year-old Robert Steele was “killed in a freak accident.”

"He was always and able to do anything for anyone; that especially included his family," said his brother Chet Steele. "If everyone who was ever touched by him could just pay it forward the world would be a lot better place."

Lions Club president Ron Webb said the victim was a judge for the event. The press release stated Steele was behind a dirt berm that allowed him to see the derby, and during one of the derby’s heats a car was struck by another vehicle, went over the berm and hit Steele. The crash can be seen in the video above, which has been edited to obscure the moment of impact.

Bystanders as well as ambulance crews on scene immediately rushed to help the man, according to the press release, and Steele was taken to a nearby hospital, where he was pronounced dead.

"Seeing him over in the hospital with his hands all callused and dirty, he had grease on them, finger nails worn right down, but that's just the kind of guy he was: salt of the earth--just a good hometown guy," Chet Steele said.

According to his family, he had a real appreciation for cars and the demolition derby. His family says he died doing what he loved.

"He loved the smell of gasoline in the air, the cars, the rev of the engines, he loved all of that," sister Rita Anderson said.

Steele's siblings called him the rock of the family. He lived life to the fullest, and almost seemed invincible.

"He was just a tough guy, you think he's going to live to 100, we thought he'd outlive us all," Anderson said. "We've been called so many times he's been in the emergency room for different things, you know wrecked his motorcycle, different accidents, so when we got the call late at night I thought it was something similar."

The family said, despite the tragic outcome, there was no place he'd rather of been than the Fourth of July demolition derby.

"I fully believed that he lived life with no regrets," Chet Steele said.