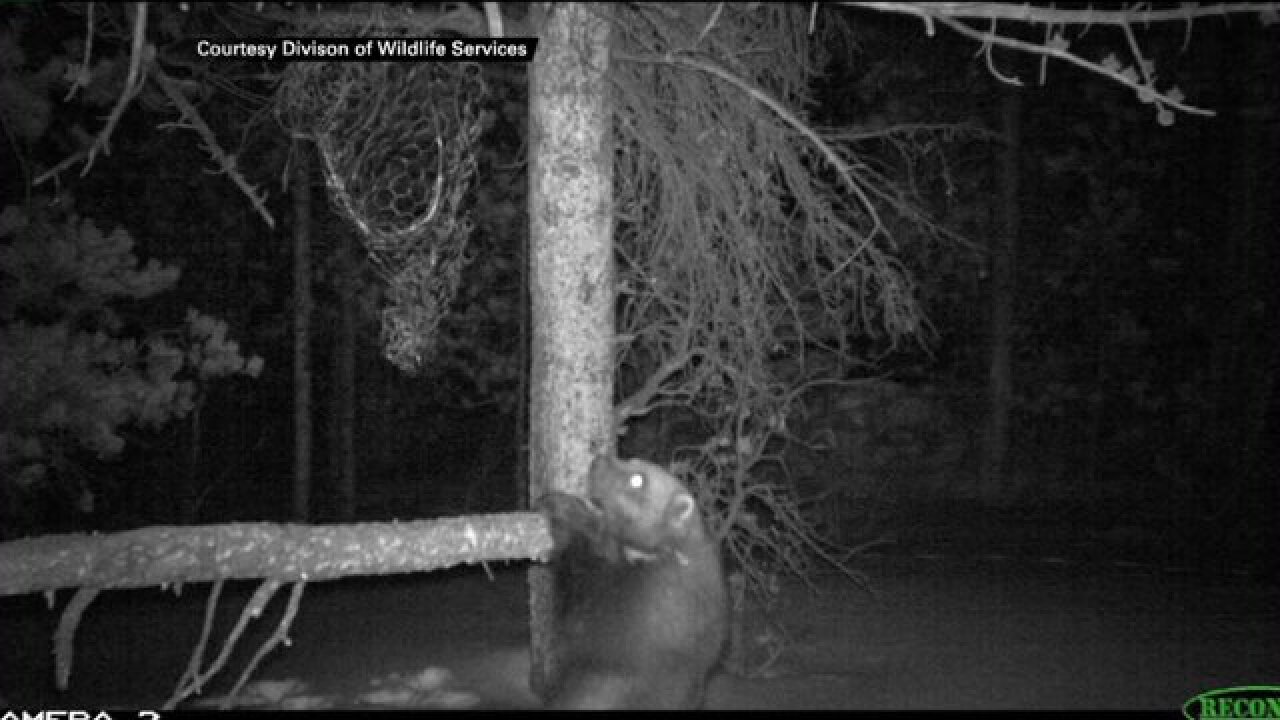 UINTA MOUNTAINS, Utah -- One of the most powerful predators of the wild was spotted in Utah for the first time in three decades.

Wildlife biologists have pictures of a wolverine wandering through the Northern Slope of the Uinta Mountains.

The discovery has left the Division of Wildlife Resources with a lot of questions. Stephanie Natt with the Wild Aware Utah Program, which works in conjunction with the DWR, spoke to FOX 13 News about wolverines.

Natt: "They're pretty fierce. They're opportunistic scavengers, so they'll eat just about anything that they can come across.”

Nineveh Dinha: “Including a human?”

Natt: “No, not really a human. You never know, no, they mostly find carrion, like animals that are deceased. They have incredibly strong jaws, so they can go through a frozen carcass without a problem."

Lurking in the High Uintas near the Blacks Fork Drainage is an ancient creature facing near extinction. Wolverines come from the old world. Spotting the scavenger in Utah is a rare discovery. No one has seen the powerful predator in the state since the ‘70s. Wildlife experts estimate only 300 are alive in the U.S.

State Wildlife Officials said the pictures were taken with a motion-detecting camera in February. They used a deer carcass as bait, but wolves got to it first. Still, its strong scent was enough to attract a wolverine.

"It's extremely exciting that they found this animal," Natt said. "They are small animals, but they can take down bigger prey. They can fend off wolves, and cougars and bears that prey on them, and they'll go right after them, so they kind of have a mythological as being this ferocious, strong animal."

Wolverines are low to the ground with tiny ears and big bushy tails. They can trek up to 18 miles through rough terrain without a problem. They typically live high in the mountains, where the snow and their prey are plentiful. The chances of you seeing one would be highly unusual: but in case you do, stay out of its fearless path.

"If you come across a wolverine chewing on a dead carcass just go the other way, because they will stand their ground; they don't have a lot of fear,” Natt said.

A camera near Evanston, Wyoming also got pictures of a wolverine, but it’s not clear if it's the same one. Biologists will be able to figure that out just by looking at its thick hide. They have patterns to identify them.

State Wildlife Officials estimate only several hundred are in the U.S., but they are mostly native to Europe and Asia. They are being considered for endangered species protection.