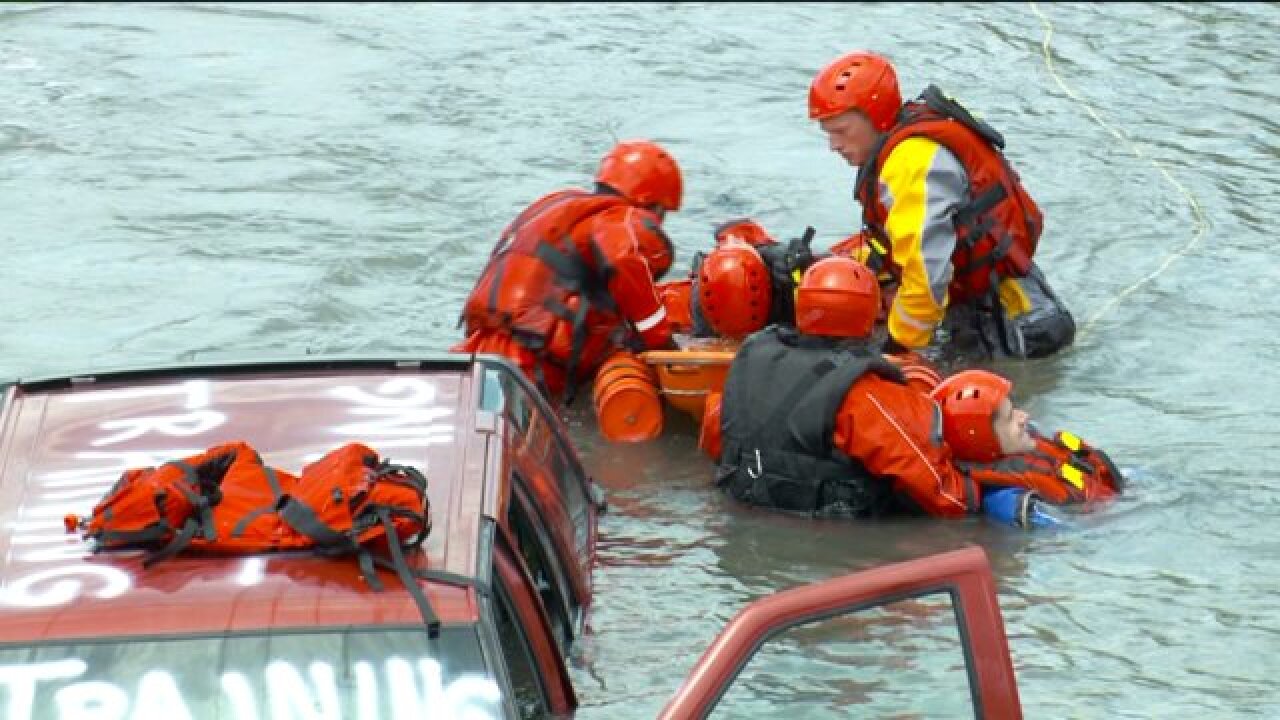 SALT LAKE CITY – Crews intentionally submerged a vehicle in the Jordan River this week, and firefighters used it as an opportunity to hone their emergency response skills.

Bruce Healy of the Salt Lake City Fire Department said the practice helps them prepare for a difficult situation.

“As you can see here and imagine, this is one of the most dangerous types of rescues, both for the victims and our personnel,” he said.

Healy said the weather is also often a factor in such rescues.

Healy said they respond to between eight and 10 such calls each year. He said one example is a truck that went into the Jordan River after being hit by another car on a bridge above. That incident occurred in December.

“It was 10 below zero, and that gentleman was very, very cold,” Healy said.

Healy said the circumstances behind such calls can vary, but he said the one thing that is always certain is that time is of the essence.

“Time counts; when we arrive, we start going to work,” he said.